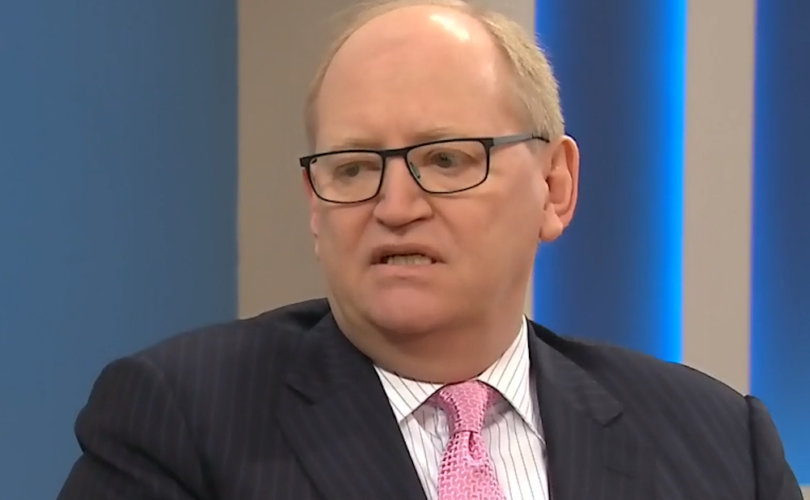 OTTAWA, November 2, 2016 (LifeSiteNews) — Homosexual activist lawyer Doug Elliott is launching a $600 million class action suit against Justin Trudeau’s Liberal government on behalf of public servants and members of the military who lost their jobs because of their sexual orientation.

The Liberals announced in August that they will apologize to Canada’s lesbian, gay, bisexual, and transgendered persons for past governments' discrimination against them, one of the many recommendations in the June 2016 report by homosexual activist group Egale entitled The Just Society Report.

It is not clear when the Liberals will apologize, or whether there will be some form of compensation, the CBC noted.

Last week, the House of Commons defense committee unanimously passed NDP MP Randall Garrison’s motion to ask the Liberal government to amend the records of military personnel who were dishonorably discharged because of their sexual orientation.

According to the CBC, the military ombudsman estimated that some 1,200 service members would be affected. However, Liberal Minister Harjit Sajjan has not committed to the change, saying more must be done in conjunction with other departments.

The military ban on homosexuality was passed in 1976 and changed in the mid-1980s insofar as if members of the service did not agree to a discharge, they could remain but would not be promoted, the CBC noted.

But that changed in 1992 when the Ontario Court of Appeal ruled in the Haig v. Canada case that denying military personnel a promotion because of his or her sexual orientation was unconstitutional, noted Gwen Landolt, vice president of REAL Women of Canada.

The court also ruled at that time that sexual orientation should be a protected grounds under Section 15 of the Charter, she told LifeSiteNews.

“Significantly, no one in that case questioned the assumption that homosexuals constituted a discrete and insular minority that required protection, and the attorney general accepted without any evidence that they suffered discrimination,” Landolt said.

The plaintiffs in Haig v. Canada “never had to show or prove, or provide evidence ever, that they had suffered discrimination, and from that time on they have never had to provide evidence,” she said. “And the courts just buy it hook, line, and sinker.”

In Haig, the court ruled “sexual orientation was similar to all the other protected rights,” Landolt noted, but in fact “homosexuality is different.”

Elliott’s class action suit reportedly claims discrimination against persons who lost rank or position because of sexual orientation, but Landolt says that former government’s actions “have to be distinguished” from alleged discrimination based on such grounds as sex or race.

There were valid reasons why homosexual persons were banned from the military or the public service, she told LifeSiteNews.

When homosexuality was against the law, homosexual persons in the civil service or military were “all vulnerable to blackmail if anyone found out if they were in violation of the law,” she noted. “So it was to protect them, but secondly, to protect the state on security issues.”

In the decades after homosexuality was legalized, it remained culturally and socially “unacceptable,” leaving homosexual persons in government positions or the military “still vulnerable to blackmail.”

Moreover, within the military, there was the question of protecting individuals from harassment, especially in a life that required “living in barracks” and “in close quarters with others,” Landolt said.

“It’s not out-and-out discrimination as they claim,” she said. “The acceptance of homosexuality has only been recent, within the last years.”

Elliott’s latest suit is one of many court actions the openly homosexual lawyer, who married his partner, Greg Lawrence, eight years ago, has brought in the cause of LGBTQ rights over the years, Landolt observed.

Known for winning court decisions for homosexual “marriage” in Canada, Elliott is also a “leader in class action suits” according to his website, including “the largest Canadian class action trial judgement valued at $50 million in an action brought by a group of gay and lesbian Canadians seeking CPP survivor’s pensions against the federal government in Hislop v Canada.”

Elliott has also launched a class action suit of $104 million against Christian activist Bill Whattcott and companions, including individuals and groups who may have abetted them, after they disguised themselves as “green zombies” and distributed information on homosexuality at Toronto’s July 3 Pride Parade.

Elliott launched the suit on behalf of Liberals, spectators at the parade, and those who received the pamphlets.

“He’s making a killing financially on homosexuals,” says Landolt, adding that this latest action appears to be more of the same. “The name of the game is a huge payout and the lawyer gets right off the top in a class action.”

If the case gets to the top court, Canada’s nine Supreme Court Justices will “probably give them anything they want,” Landolt added. “No longer is it a court of justice, it’s a court of political correctness.”