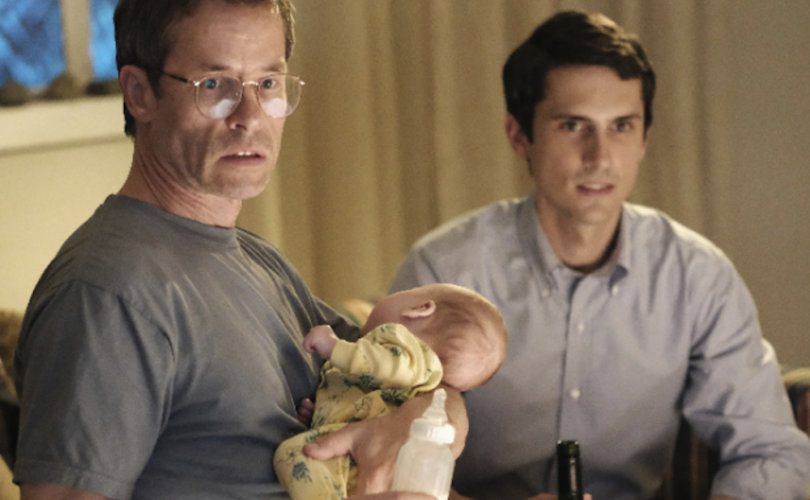 March 17, 2017 (LifeSiteNews) — As the Disney Corporation experiments with a “gay” subplot in its remake of Beauty and the Beast, the recent ratings flop of an ABC miniseries extolling “gay rights” confirms that Americans are not tuning in to pro-LGBTQ programming.

With great fanfare, ABC launched its “epic” miniseries, When We Rise, about the “gay rights” revolution. As Heatstreet reported, “When We Rise received saturation ad coverage during the Oscars ahead of its premiere this week.”

But the hype didn’t work and the show tanked from the first episode (the four-part miniseries totaled eight hours). Deadline reported on When We Rise’s disappointing debut:

“It was a noble effort, but viewers largely shunned it, with the opening two hours averaging a paltry 0.7 in 18-49 and 3 million viewers coming off the strong Bachelor lead-in.

“When We Rise was the lowest-rated program on the Big 4 [CBS, NBC, ABC, FOX] and second lowest-rated overall last night, matching the CW’s Supergirl (0.7, even with last week). The CW’s Jane The Virgin (0.3) was off by a tenth.”

The Advocate, a magazine for homosexuals, described When We Rise as “a sprawling tale of queer liberation that covers the Stonewall riots to marriage equality to the transgender rights battle.” The ABC series was directed by “out” homosexual Dustin Lance Black and featured Rachel Griffiths, Guy Pearce, Mary-Louise Parker, David Hyde Pierce, and other stars.

Later, the The Advocate bemoaned the lack of interest in LGBTQ programs in general:

“On Monday [Feb. 27], ABC made television history by airing When We Rise, the first installment of a miniseries by Dustin Lance Black that documents the progress of the LGBT rights movement. The timing couldn’t have been better. Just days after the Trump administration rescinded education guidelines protecting transgender students, this production was a moving reminder of the need for different vulnerable groups to work together for equality.

“Did you watch it? Probably not. The ratings were the lowest among the big four networks during the 9 p.m. Monday time slot, despite having a star-studded cast, opening to positive reviews, and following ratings juggernaut The Bachelor. When We Rise pulled in just 2.95 million viewers; that was less than sitcoms like CBS's Superior Donuts and Two Broke Girls.”

The homosexual magazine was reduced to urging its readers to start watching When We Rise, as well as Oscar Best Picture-winning movie, Moonlight, which features a young “gay” black man “coming out” and a homosexual relationship. As Forbes reported, Moonlight “is among the lowest-grossing Oscar Best Picture winners ever.”

Vanity Fair reported that Moonlight got a sizable post-Oscars “bump” of $2.5 million in sales, but the film still only earned “just over $25 million total at the box office.” Compare that the musical La La Land, which Moonlight defeated to win the Oscar, earning $145 million. Another Oscars Best Picture winner (2016), Spotlight, about The Boston Globe exposing the priestly pedophile abuse of boys in the local Catholic archdiocese, earned $25 million total at the box office.

Catholic League president Bill Donohue said When We Rise is guilty of anti-Catholic bigotry of the usual type put forth by Hollywood elites.

Brent Bozell, president of Media Research Center, agreed, accusing ABC of promoting “corrosive hatred” through the characters in When We Rise:

“On the first night, the main character Cleve Jones tells one of his lovers: ‘I say we just get rid of all the heterosexuals. They're so boring.’

“Can you imagine the outcry if a straight character were to say, ‘Let's get rid of all the homosexuals’? This was a formula for a flop. It neither convinced nor converted anyone in the red states. They watched something more honest and less self-righteous.”

In 1970s San Francisco “gay” slang, so common was sex between men and boys that predatory homosexual men (“chickenhawks”) referred lustily to the underage boys (their targets) as “chicken,” according to Gay Talk, a book of “gay slang.” A “chicken dinner” was slang for “sex with a teenager.”

“The ‘educational’ script [of When We Rise] simply lies, starting with the undying falsehood that President Ronald Reagan never lifted a finger for AIDS victims. In the second installment, one character asks, ‘You think any of those groups are gonna’ get Reagan to give a damn?’ Another replies, ‘If I didn't know any better, I'd say it's a government plot.’ The first man shoots back: ’Yeah. I work for the government. They couldn't pull something this intricate off. Willfully letting it spread … That's another story.’”

The site NewNowNext writes that while there have been a smattering of shows with homosexual themes that have garnered big audiences (e.g., Modern Family), “the TV landscape is littered with gay-themed shows that bombed.” Some examples: The McCarthys (2015), Partners (2012), The New Normal (2012) and Bravo’s Boy Meets Boy (2003).