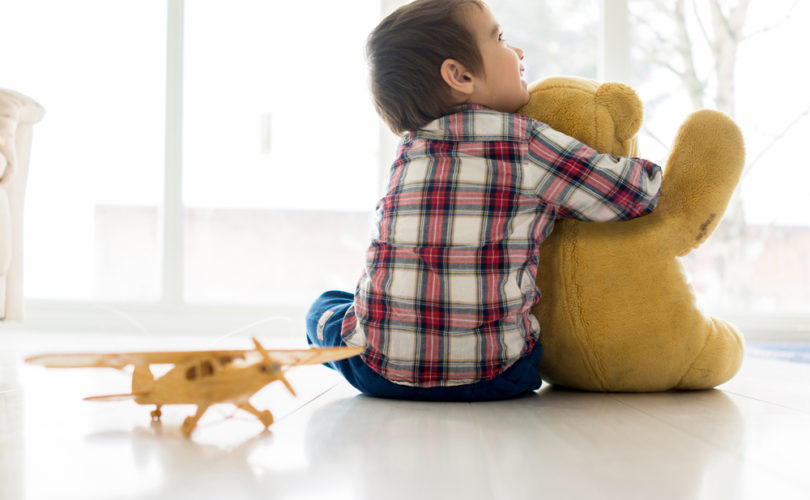 Parents As First Educators (PAFE) president Tanya Granic Allen says it’s a “shame that not one MPP voted against” the “Supporting Children, Youth and Families Act” at second reading.

“I expect MPPs to stand up to political pressure and to do their job of representing parents who are worried about the government’s infringement in their family life,”she told LifeSiteNews.

At the same time, Bill 89 deletes the religious faith in which the parents are raising the child as a factor to be considered, and mandates that child protection services instead consider only the child’s own “creed.”

The bill “has real problems that could lead to the devastation of many families,” said Granic Allen.

That was underscored by Minister of Child and Family Services Michael Coteau’s remarks to QP Briefing.

Coteau, who introduced the bill, said he sees questioning a teen’s self-identification as LGBTQI or telling them to change as abuse.

PAFE has a petition against Bill 89 that Granic Allen intends to present to the Standing Committee when she testifies against the bill.

But PAFE is far from the only pro-family group to oppose the bill.

The Association for Reformed Political Action (ARPA) was first to raise the alarm that Bill 89 pushes gender ideology in child services.

And it may prevent parents opposed to gender ideology from fostering or adopting children, according to an ARPA analysis.

The Liberal bill also “signals a potential shift towards a greater readiness for Children’s Aid Societies to intervene,” according to ARPA lawyer John Sikkema.

Bill 89 retains the provision in the current law that a child who is suffering or “at risk of suffering” mental or emotional harm and whose parents do not provide “treatment or access to treatment” is need of protection under the law, Sikkema noted in an ARPA interview.

But while the present law says a Children’s Aid Society (CAS) should take the “least disruptive course of action,” Bill 89 adds “including the provision of prevention services, early intervention services and community support services.”

That “implies that Children’s Aid Society intervention should not be presumed to be more disruptive than non-intervention,” he noted.

And as Bill 89 adds gender identity and expression as factors to be considered in determining a child’s best interests, which is the guiding principle of the law, this raises concerns about how parents respond to gender identity disorder in children and how the government responds in turn, according to ARPA.

“The provision of ‘prevention services’ and ‘early intervention services’ may be a good thing and does not necessarily entail removing a child from the home,” notes the ARPA analysis. But “MPPs reviewing the bill would do well to examine and to clarify what kind of services are contemplated by this provision.”

Removing the religious convictions of the parents as the factor to be considered and deferring to the child’s creed “will create conflict within the family.”

The child may clash and seek protection from parents “over such issues as abortion, gender identity or even assisted suicide if the child decides that is what he/she wishes,” noted a REAL Women analysis.

“The inclusion of children in the assisted suicide legislation is currently being heavily advocated.”

Under Bill 89, the “CAS is required to ‘consult with the child’ in accordance to his/her age and maturity,” REAL Women stated.

“Children, of course, need to be protected from genuine abuse, but this proposed legislation is an open door for the State, rather that the parents, to control the child’s destiny, and, to mold the child in accordance with the State’s ideology,” REAL Women said.

If a CAS does not obey the order, the minister “may appoint or replace the members of the Board of Directors of the CAS and also replace the Society’s Chair, and appoint a supervisor to operate the Society.”

The CAS “had always been a part of the community in which the child is living.”

People “interested in the welfare of children” join the local CAS and elect “a board of directors who determine policy and hire employees who would reflect their community and its values.”

Under Bill 89, the “board of directors is to be a mere rubber stamp for the ideological views of the government.”

Johanne Brownrigg, director of public affairs for Campaign Life Coalition, says the “cumulative effect of Bills 28 and 77, and now Bill 89 will permit a grave overreach into family lives by the state.”

“It will eventually destroy trust between family members and strengthen the role of teachers as agents of the state,” she told LifeSiteNews in an email. “Remember this social experiment is being built on their foundation: the controversial sex-ed curriculum.”

Wynne’s “social engineering will be felt for decades to come.”

That Progressive Conservative leader Patrick Brown “has not mounted as single objection to any of these bills” is “equally disturbing,” Brownrigg said.

Brown’s “focus on gaining power has allowed these bills to pass easily and without thoughtful robust debate on their ramifications.”

PAFE’s Granic Allen is on a 17-city tour of Ontario with Queenie Yu, founder of the Stop the New Sex Ed Agenda Party, of info and action sessions on a number of threats to the family, including Bill 89.

“There is still one more vote on it, so people need to contact their MPP and tell them to stop it,” she told LifeSiteNews said.

Granic Allen also urged people to sign the PAFE petition, which has 3,389 signatures to date.

MPPs who voted for Bill 89 at second reading: