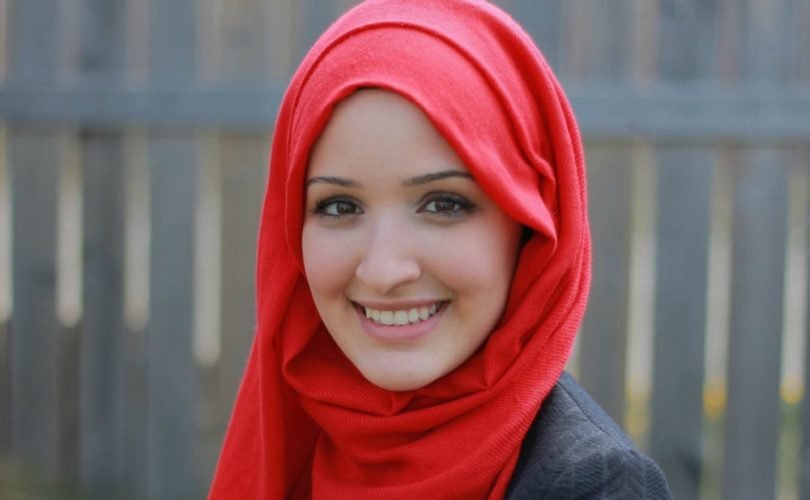 Liberal candidate Ala Buzreba stepped down Tuesday after criticism over vile comments she made on Twitter four years ago.

CALGARY, Alberta, August 19, 2015 (LifeSiteNews) — After Liberal Leader Justin Trudeau defended a candidate who tweeted several years ago that a person she disagreed with should have been aborted in a back alley, the candidate has herself decided to leave the race.

“I have decided to step down as the Liberal candidate for Calgary Nose Hill,” wrote Ala Buzreba in a Facebook post late Tuesday night after receiving national attention for violent tweets she posted in 2011.

The 21-year-old Muslim Liberal candidate had tweeted in 2011 to a pro-Israel account holding a position she disagreed with that “Your mother should have used that coat hanger.”

In another April 2011 tweet Buzreba told someone else they should “Go blow your brains out you waste of sperm,” using the hashtags #racist and #bigot.

Buzreba, who was running against Conservative junior cabinet minister Michelle Rempel, apologized for the tweets early yesterday, saying via Twitter they “reflect a much younger person.” It was not until late last night that she called it quits.

While Buzreba called her stepping down “the right decision for myself and for the people of Calgary Nose Hill,” Liberal leader Trudeau was more than willing to overlook her violent comments. He indicated yesterday during an appearance in Sault Ste. Marie that Buzreba would remain a Liberal candidate and that he was “glad to see she has unreservedly apologized,” reported Global News.

“When someone makes a mistake it’s important that they own up to it and they apologize,” he said. “Ala has unreservedly apologized for her comments and I think it’s important to point out that she was a teenager and that we all make mistakes.”

But Jeff Gunnarson of Campaign Life Coalition, the political arm of the country’s pro-life movement, criticized the Liberal Party for giving a pass to someone who spews violence in social media while discriminating against pro-lifers by outright forbidding them from becoming candidates for the party.

Toronto-based lawyer and political consultant Warren Kinsella called Buzreba a “loose cannon” who should not have been defended by Trudeau.

“To her credit, [Ala] decided she had become a liability and pulled the plug. However, Justin’s inner circle…seemingly didn’t think her words were a big deal, and were prepared to ride out the storm. All that reflects well on [Ala], but not so well on them,” he commented on his website.

Despite being initially defended by Trudeau, Buzreba ended her Facebook post by praising the Liberal leader as the one who if elected could bring “real change to Ottawa.”