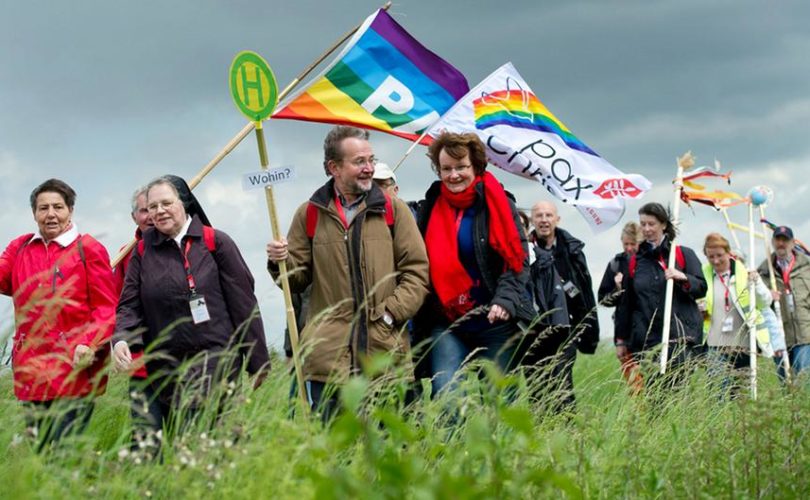 GERMANY, October 7, 2015 (LifeSiteNews) – Only a few days ahead of the then-upcoming Synod of Bishops on the Family, two major lay organizations in Germany – the Central Committee of German Catholics (ZdK) and the Association of the German Catholic Youth (BDKJ) – have both made statements detailing their wishes for the outcome of the Synod.

The official website of the German Bishops' Conference, katholisch.de, quotes the President of the German Catholic Youth Organization, Wolfgang Ehrenlechner, saying that he would be disappointed if the Synod, “will merely make a recommendation that one should treat the remarried divorcees in a more generous manner.” He hoped the Church would accept the empirical factual disparities, i.e. the worldwide cultural differences, so that the local churches themselves, “based on the Christian Faith, may lead their own discussions about how the faithful can lead their personal lives in their varied relationships, in light of a Christian responsibility.”

Therefore, we hope that the Synod accepts the cultural differences between local churches and that it puts more trust in the consciences of the faithful, rather than in the communication of individual norms of interdiction.

Ehrenlechner pleaded for an accepting attitude toward homosexual couples, saying:

We work for the acceptance of same-sex relationships. However, even though we consider this attitude to be the right one, we cannot and do not want to impose it upon other local churches. What we need is more courage for diversity, also between local churches.

The female speaker for ZdK, Birgit Mock, addressed the same issues in Bonn, Germany, and promoted the idea of moral diversity within the Church. For her, it will be a “test for the 'pastoral change' as expressed by Pope Francis,” to see if the individual bishops' conferences “receive more freedom in order to develop standards that are fitting for their area of competence and in order to define how the pastoral care should deal – in accordance with the Gospels – with those people who have failed in their marriages.”

Both speakers recognize that their own liberal agendas are not welcome in the whole Church and thus are proposing that local churches and bishops' conferences may define their own moral standards and guidelines in place of the defined universal doctrines of the Church derived from sacred tradition and the unchangeable words of Christ.

On 7 October, the President of the ZdK, Alois Glück, echoed the sentiments, saying with reference to the Synod that we need “less centralism and more regional freedoms, as the proper connection between unity and diversity.” We should thus not have, he added, “unified rules for each and every thing.”

German Catholic and pro-life activist Mathias von Gersdorff suggests that those promoting the reforms in Germany, including the German Bishops' Conference itself, have recently downgraded their hopes for change coming from the Synod.

Homosexuality and the Synod on the Family

In sweeping critique, Vatican Synod father attacks Humanae Vitae — and even the notion of natural law