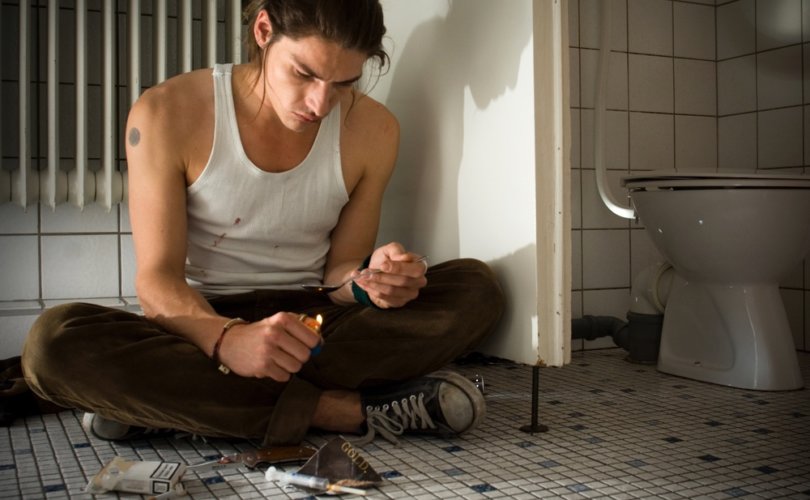 HALIFAX, Nova Scotia, April 19, 2018 (LifeSiteNews) — The Liberal Party is set to debate policies this weekend in Halifax that include proposals to decriminalize all illicit drugs in Canada, along with prostitution.

Some 3,000 Liberal delegates are expected at the two-day convention, which kicks off Thursday night, and is the Liberals’ last convention before the October 2019 federal election, CTV News reports.

The delegates will debate 30 policy resolutions on Saturday, paring these down to 15 they want included in the Liberal election platform.

The policy to decriminalize all illicit drugs was moved by the party’s national caucus, proving it has “widespread support among Liberal MPs,” reported the UK’s Guardian.

It’s being put forward as a way to cope with Canada’s opioid addiction crisis based on the Portuguese model, which treats drug use as a health problem rather than a criminal matter.

But while Justin Trudeau’s government is aiming to have marijuana legislation in place this summer, as the prime minister promised, Trudeau has repeatedly said the Liberals won’t legalize other drugs.

And Health Minister Ginette Petipas Taylor reiterated this in the lead-up to the convention, telling Canadian Press the leader “has made it clear that this is not a direction that our government is intending on going down.”

She also said the Portuguese model won’t work in Canada, where the provinces have jurisdiction over health care.

But Toronto MP Nathaniel Erskine-Smith, one of the driving forces behind drug decriminalization, thinks Trudeau will change his mind, as he did on cannabis.

“He’s someone who is willing to be convinced by the evidence and keeps an open mind and will follow the evidence on important public policy issues,” he told Canadian Press.

Moreover, Liberal delegates could back the policy in Halifax, Erskine-Smith said: “Every voice is equal at a convention. That’s why we have conventions, for the Liberal membership to endorse policies and really to set future agendas for our party.”

According to the resolution, “3,000 Canadians died from opioid-related causes in 2016, and it is estimated that the number will surpass 3,000 in 2017.” The Public Health Agency of Canada estimated 4,000 Canadians died last year because of opioid use, the Guardian reported.

Portugal responded to its opioid crisis in 2001 by “significantly” expanding treatment and harm reduction services. It also “eliminated criminal penalties for low-level possession and consumption of all illicit drugs and reclassified these activities as administrative violations.”

Also on the table at the convention is a Young Liberals of Canada resolution to decriminalize prostitution.

That proposal suggests that “along with decriminalization [of prostitution] the Liberal Party of Canada should look to address the true problems facing sex workers by working to increase their access to sexual health clinics, counseling and improve their relationship with local authorities.”

The YLC also sponsored a resolution to end taxation on menstrual products.

Most of the party’s 138 MPs are expected to attend the convention, which will have the youngest demographic yet according to CTV News, with the party reporting that 25 percent of delegates are members of the YLC, who range from 14 to 25 years of age.