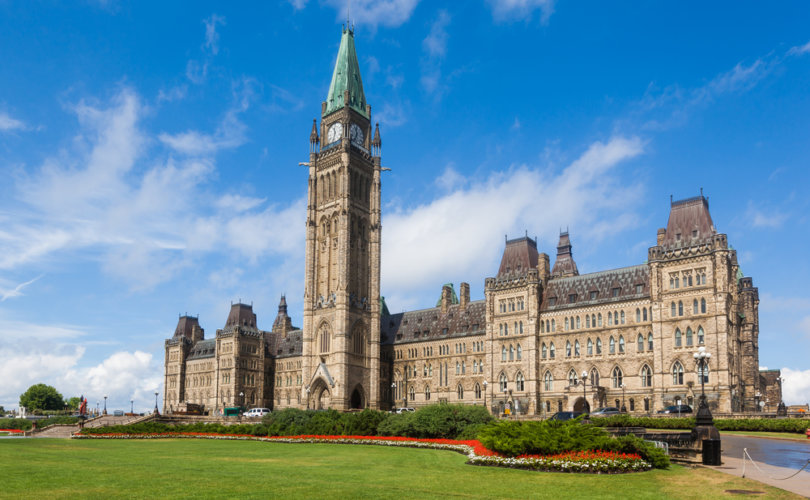 The draft legislation restricts eligibility for euthanasia and assisted suicide to competent patients 18 years of age and older who have “a serious and incurable illness, disease or disability” which “causes them enduring physical or psychological suffering that is intolerable to them and that cannot be relieved under conditions that they consider acceptable,” who are in “an advanced state of decline in capability” and whose “natural death is reasonably foreseeable.”

The legislation mandates that a patient request assisted suicide or voluntary euthanasia in writing, and that this request be approved by two independent medical practitioners, or nurse practitioners.

It mandates a 15-day waiting period after the request is approved, but that period can be waived if the two medical practitioners deem the patient’s condition will deteriorate before that time is up.

The bill stipulates that only patients covered under a Canadian health care plan are eligible for assisted suicide or euthanasia, so to avoid “medical tourism,” or people from other jurisdictions travelling to Canada to be killed by medical means.

The long-awaited legislation is intended to amend two sections of the Criminal Code struck down by the Supreme Court in the February 2015 Carter decision as unconstitutional, a ruling that takes effect June 6, 2016.

A joint parliamentary committee tabled a report in February 2016 recommending a wide-open euthanasia regime, with the four Conservative MPs dissenting from the report.

The legislation also provides “legal immunity for anyone, anyone who does anything at a person’s request, under Sections 241.3, 241.5,” he said.

While the “draft law does not permit advance directives, or access to assisted suicide or euthanasia for mature minors or for those for whom mental illness is the sole reason for requesting the procedures,” Canadian Physicians for Life stated that “all Canadians remain vulnerable to abuses under the draft legislation.”

“There is no necessary waiting period,” Johnston pointed out. “You don’t have to be dying, your death just has to be ‘foreseeable’ — a term which is not defined in the bill. Further an heir to your will can make a written request on your behalf.”

And while the bill acknowledges conscience rights in its preamble, it “provides no protection for conscientious objectors,” according to Albertos Polizogopoulos, a constitutional lawyer for Canadian Physicians for Life.

“Absent explicit protections for health practitioners’ conscience rights, the bill violates their Canadian Charter of Rights and Freedoms right to freedom of conscience.”

Health Minister Jane Philpott, who joined Wilson-Raybould in a press conference Thursday, told reporters that, “under this bill, no health care provider will be required to provide medical assistance in dying.”

“The bill doesn’t say that anywhere,” countered Schadenberg, who echoes Polizogopoulos in pointing out that “The bill does not provide conscience protection in any way.”

In fact, Section 241.31 states that physicians or nurse practitioners “must send the request [for euthanasia] to a designated recipient, ” Schadenberg told LifeSiteNews. “So they must in some way participate.”

Campaign Life Coalition is urging MPs to reject the euthanasia and assisted suicide bill, and is asking the government to invoke the notwithstanding clause which would override the Supreme Court’s decision for five years.

“Campaign Life Coalition opposes any law that allows for a person to kill another person,” said CLC president Jim Hughes. “This proposed legislation is deceitful and dangerous and will put at risk the lives of many vulnerable Canadians regardless of the safeguards put forward.”

“By legalizing assisted-suicide, the message that parliament will send out to Canadians, especially young Canadians, is that suicide can be a lawful solution to your suffering,” said Mary Ellen Douglas, National Organizer for CLC.

“In every other jurisdiction such as Belgium and the Netherlands where assisted-suicide was made legal, the law has been abused and this too will happen in Canada,” she said.

Conservative MP Michael Cooper, one of the four Tories on the parliamentary committee who wrote a dissenting opinion, said he was “pleased to see the government included many of the recommendations from the dissenting report,” and that the bill is “more restrictive” than called for by the committee.

But he too faulted the bill for having no explicit conscience protection rights for medical practitioners, adding that this has been left to the provinces.

And he was surprised that the legislation permits nurse practitioners as well as physicians to kill patients by medical means, Cooper said.

Wilson-Raybould noted that the Liberals will be studying the issues of opening eligibility criteria for assisted suicide and euthanasia to mature minors, those suffering from mental illness, and whether to allow advance directives for euthanasia for people with degenerative diseases such as dementia.

She said the government had a tight deadline and that amendments on these more contentious recommendations by the joint committee may be introduced after further study.

The justice minister dismissed suggestions by reporters that the government ask the Supreme Court to vet the legislation.

“We are confident this legislation will withstand a charter challenge,” she said. “We’ve tabled the proposed legislation this morning, we look forward to…having debate among parliamentarians.”

“In my view it would be very premature” to consider reference cases to the Supreme Court at this time, Wilson-Raybould said.

Philpott also announced that Liberals will be putting $3 billion into increasing access to home care that would include including palliative care.