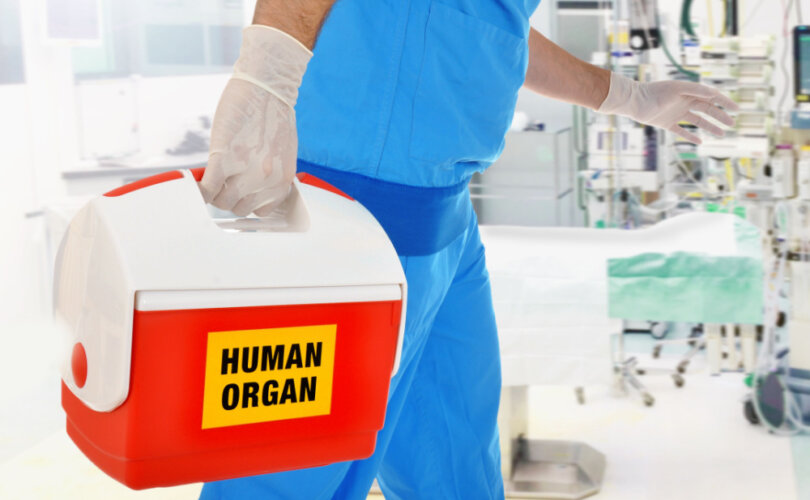 (LifeSiteNews) – The leader of a top pro-life hospice group has sounded the alarm over a recent study showing Canada as the world leader in organ donations from people who obtained state-sanctioned euthanasia.

The study was published in the American Journal of Transplantation in September 2022.

It found Canada is first in organ transplants, or organ donation after euthanasia (ODE) as it is known, from people who obtained assisted suicide.

Data shows Canada as having 49 cases of ODE in 2021 alone, with 136 cases since euthanasia, or medical assistance in dying (MAiD), as it is called, became legal in Canada in 2016.

Between Canada, the Netherlands, Spain, and Belgium, there were 286 cases of ODE.

According to the Canadian Institute for Health Information, 6% of all organ donations for transplants in Canada come from a person who died from MAiD.

Concerningly, as noted by pro-life advocates, data shows that since MAiD became legal in 2021, over half of the world’s organ transplants from those who were euthanized were done by doctors in Canada.

“We have seen Canadians who are not even dying being eligible for state-sanctioned execution,” she said.

“One of the most horrific and macabre consequences of liberal euthanasia policies is the increase of human organ trafficking on the ‘red market.’”

While some MAiD advocates in Canada such as Arthur Schafer, director of the Centre for Professional and Applied Ethics at the University of Manitoba said in a CTV interview this is a “wonderful opportunity,” others have blasted the organ statistics as troubling.

Even one of the study’s authors, Dr. Johannes Mulder, who is involved in MAiD in the Netherlands, noted that a concern from the study is that some might be pressured to have MAiD as a means to increase available organs for transplant.

Ireland noted to LifeSiteNews that an “unsuspecting Canadian public” is likely unaware of this “lucrative trade in human organs.”

“From a purely business perspective, Canadian stock is probably thought to be of among the highest quality in the world and highly sought after for transplantation,” Ireland said.

“Does anyone have any idea what the cadaver broker is willing to pay for exceptional Canadian human body parts?”

Pro-life advocates have sounded the alarm that the federal government of Prime Minister Justin Trudeau has allowed Canada’s euthanasia or medical assistance in dying (MAiD) laws to spiral out of control.

However, as a result of a large pushback from conservative politicians and citizens last year, the Trudeau government is now looking to delay the expansion of the nation’s euthanasia law to be applicable to those suffering solely from mental disorders.

The now-delayed expansion was to come as part of the 2021 passage of Bill C-7, which further liberalized the practice of euthanasia after it was first legalized in 2016.

While selling one’s organ for money is illegal in most countries, Ireland warned that Canadians tend to be “naïve.”

“The price the market is willing to pay for human body parts is astounding,” Ireland said.

“What is the commission on sourcing such material? Are doctors, healthcare facilities, government departments tied into the ‘transplantation’ networks?” she asked.

Ireland stressed to LifeSiteNews that if Canadians are proud of supporting MAiD and other “platitudes sold to them by the woke,” they have it upon themselves a “duty to take off the ‘rose coloured glasses’ and see what has actually been purchased.”

“We now must be afraid that the most vulnerable among us will be sacrificed on the altar of ‘progressivism.’ The poor, homeless, disabled, mentally ill, veterans, minors, unvaxxed, are all at risk,” Ireland said.

Ireland said that the only thing that can keep Canadians safe beside the total repeal of Bill C7 and Bill C14 is legislation “protecting Palliative Care for the sick, treatment programs for the broken, economic stimulus for the poor.”

“It will certainly take vision and commitment and that is nothing less than what the greatest nation on earth deserves,” she told LifeSiteNews.

“I believe that the failure to act against this plague of euthanasia will bring upon us the Great Canadian Cull.  The history books will record a time when no Canadian was safe.”

Recently, a coalition of some 50 Canadian disability and anti-poverty non-profit groups co-signed a letter sent to Canadian Minister of Justice David Lametti, telling him that the expansion of government-sanctioned euthanasia needs to stop.

Conservative Party of Canada (CPC) leader Pierre Poilievre recently blasted the Trudeau government over “embarrassing” reports that no less than six veterans had been offered assisted suicide instead of the help they need to get better.

In recent weeks, reports have surfaced that reveal that Canadian veterans were being offered MAiD by workers at Veterans Affairs.