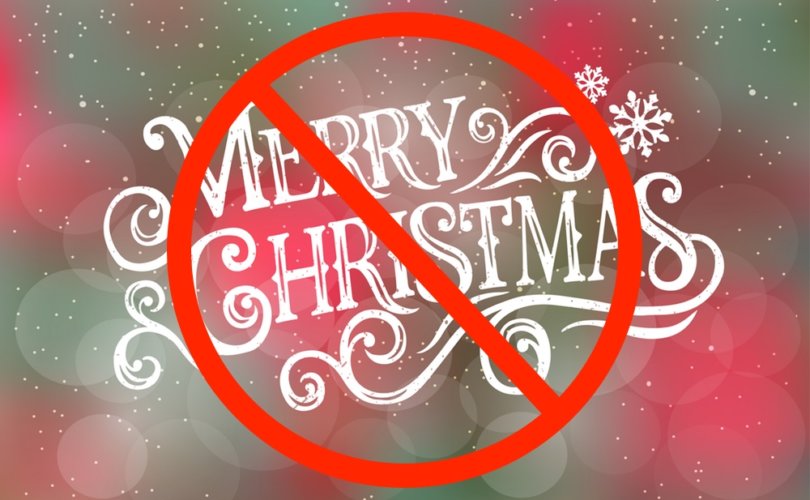 Along with “Merry Christmas” the SPLC Hate Tracker website recently listed #christmas, #merrychristmaseve and #jesus in its top trends used by what it terms “far-right Twitter users.”

According to SPLC, the Twitter accounts they monitor for “hate” speech “represent a range of extremists – from the conspiratorial fringes of mainstream conservatism to outright white supremacists – who regularly use Twitter as a tool for media subversion, ideological indoctrination and propaganda dissemination.”

“The Hate Tracker detects trends in a community of far-right Twitter users identified and reviewed by analysts in the Southern Poverty Law Center’s Intelligence Project,” the group states.

Christian legal advocacy group Liberty Counsel (LC), said that after LC and other media sources challenged the SPLC on the Hate Tracker list, SPLC has since claimed the rankings are created with an automatic feed of popular tweets among those it claims are hate groups.

“The SPLC is willing to lump anyone who says “Merry Christmas” or “Jesus” in with the most violent and racist groups in America,” Liberty Counsel stated. “This is one more way that the SPLC is exposing its own radical, discredited, anti-Christian hate.”

“The SPLC cannot run from the clear intent of its “Hate Tracker” page,” LC continued. “The SPLC website plainly states that it is a “Hate Tracker.”

“The SPLC’s agenda willfully combines pro-family, Christian, and/or conservative groups and leaders with the KKK, white supremacists, and Neo-Nazis in the mind of the public to damage the reputations of good people who oppose violence,” LC stated.

Additionally, SPLC had changed its Hate Tracker page after LC and others reported on the page, LC said, and continues to manipulate the information it claims to provide.

For example, LC said that on SPLC’s December 27 Hate Tracker page, it claims that the 12th highest “trending hashtag” among all the supposed “hate groups” it claims to monitor is “#ineedwhitesupremacybecause.”

LC said a Twitter fact-check showed inconsistencies, such as just two tweets across Twitter with the hashtag that day, and no Twitter accounts mentioned with that hashtag were shown on SPLC’s own page. Also, there were no images found, even though one of the two Twitter users posting with the hashtag included an image with their tweet.

“This indicates that SPLC’s claimed “algorithm” does not automatically pull all images,” said the LC release. “These inconsistencies raise serious questions about the SPLC and its misrepresentation of the groups they “monitor,” the algorithms used, and the complete ineffectiveness of the organization to track what it claims.”

The SPLC – a left-leaning non-profit well funded to the tune of some $58-plus-million in annual revenue – has continuously worked for years to sully and silence conservative and Christian groups and individuals as haters and extremists.

The liberal “hate monitor” group sued a small Jewish counseling ministry over its reparative therapy practice. Funneling millions of dollars and a dozen lawyers into the legal argument that JONAH’s reparative therapy that served men with unwanted same-sex attraction was fraudulent, SPLC forced the ministry to shut down via the 2015 ruling.

SPLC’s designation of Family Research Council (FRC) as a “hate group” on its “Hate Map” led to the attempted mass murder in 2012 by Floyd Lee Corkins, a “gay rights” activist volunteer.

Corkins said he had identified and targeted FRC because of SPLC’s “Hate Map.”

This past summer an SPLC Facebook follower, James Hodgkinson, attempted to kill Congressional Republicans as they practiced for a charity baseball game, critically wounding Representative Steve Scalise. A staffer and two members of the Capitol Police were wounded as well.

While it disavowed Hodgkinson’s act, SPLC had identified Scalise as a white supremacist.