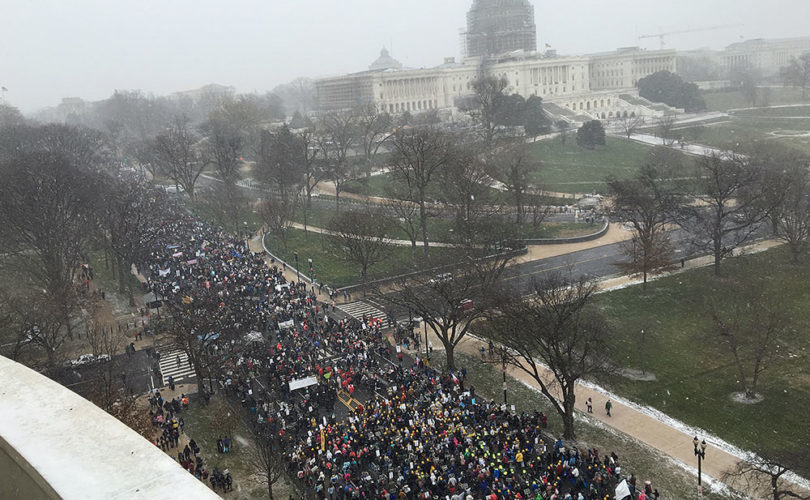 April 23, 2018 (National Review) – A new poll on abortion attitudes by the Public Religion Research Institute (PRRI) has received a considerable amount of media coverage this week. Interestingly, the survey asks not only about attitudes toward legal abortion but also asks respondents to self-report whether or not their attitudes toward abortion have shifted in recent years. Respondents in their late teens and twenties indicated that, during the past five years, they have become more sympathetic to legal abortion. This poll has been covered by a number of media outlets including NPR, Reason, and ThinkProgress.

It is unsurprising that people might become somewhat more sympathetic to legal abortion in their twenties. Many polls have found that attitudes toward abortion are correlated with attitudes toward premarital sex — if one views the latter as acceptable, he is more likely to find legal abortion acceptable. In addition, data from both the National Survey of Family Growth (NSFG) and the National Youth Risk Behavior Survey (YRBS) find consistent declines in sexual activity among minors. Since more people are becoming sexually active for the first time in their late teens and early twenties, it is unsurprising that those in this age cohort might also report becoming more accepting of legal abortion.

Many in the media have used the results of this poll to cast doubt on previous surveys showing high levels of pro-life sentiment among young adults, but such analysis is faulty for a few reasons. First, the new PRRI poll provides information about self-reported changes in sentiment — not levels of sentiment — among various age groups. Even if the pro-life position loses some ground as teenagers get older, overall levels of pro-life sentiment could still be higher among Millennials than previous generations of young adults.

Furthermore, there is a substantial body of survey evidence showing that the current generation of young adults is far more skeptical about abortion than their predecessors. Polls taken by the General Social Survey (GSS) in the 1970s found young adults (18-29) were the age cohort most supportive of abortion rights, but beginning in the 2000s, the same survey questions found that young adults had become the age cohort least supportive of legal abortion. Other polling data shows young adults are more likely than older Americans to support both the Department of Justice investigation of Planned Parenthood and a range of incremental pro-life laws including 20-week abortion bans, waiting periods, and parental-involvement laws.

Interestingly, nearly all the media coverage of this PRRI poll ignores trends that are positive for pro-lifers. For instance, the poll shows substantial gains in pro-life sentiment among both senior citizens and people between the ages of 30 and 49. More important, the poll also shows that there has been a sizable gain in pro-life sentiment during the past two years. Since September 2016, the percentage of adults who think abortion should be illegal in all or most cases increased from 37 to 43 percent. This is significant because there is some evidence that pro-life sentiment has weakened during past Republican presidential administrations. Of course, positive pro-life trends such as these typically receive scant attention from the mainstream media.

Published with permission from National Review.