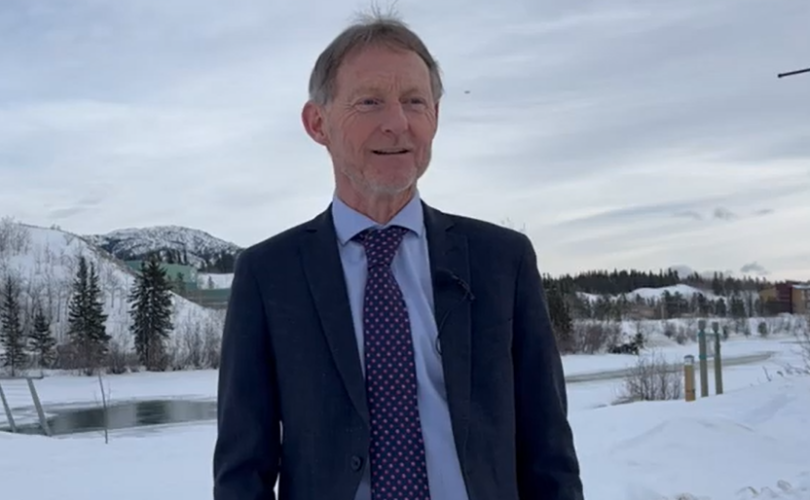 OTTAWA (LifeSiteNews) — In a rare move in Canadian politics, a Liberal MP has broken ranks to say he is not “happy” with Prime Minister Justin Trudeau’s federal gun grab legislation, and said in clear terms he cannot support the pending law as written.

As reported by the Canadian Broadcasting Corporation, Liberal MP for Yukon, Brendan Hanley, recently said many people in his territory “regularly hunt, either as a food source or for the recreational aspects of hunting,” and Trudeau’s gun grab Bill C-21 is “really upsetting.”

Hanley noted he is “not happy with this [Bill C-21],” and that he is not in a “position to support this bill at this point with those amendments in play.”

After the debate period of the bill had finished, the Trudeau government hastily added new gun models to Bill C-21, including long guns used by hunters, which further alarmed citizens and provinces already wary of the measure.

Hanley noted that Canadians in rural areas, especially those living in the northern regions of Canada like the Yukon, need their “voice” to be heard. Right now, it is mainly those in urban environments who are pushing for more gun control.

“We need to, I think, take a pause, take some time, really do the consultation that we need — consultation (with) northerners, Yukoners, Indigenous Yukoners,” stressed Hanley.

“So that there’s really clarification of the definitions and an understanding and that we don’t encroach on hunting firearms used in the Yukon.”

Bill C-21 adds to Trudeau’s first large gun grab that was announced after a deadly mass shooting in Nova Scotia in May 2020, in which he banned over 1,500 “military-style assault firearms” with a plan to begin buying them back from owners.

“Let’s really have a clear definition [of which guns will be prohibited],” continued Hanley. “Because we know that there are these grey areas, for instance, semi-automatic rifles that are used legitimately in hunting and right now appear to fit some of those definitions.”

Yesterday in the House of Commons, Conservative Party of Canada (CPC) leader Pierre Poilievre brought up Hanley’s comments as proof that Trudeau’s own backbenchers are turning on him.

“The Liberal MP for the Yukon, he’s confirmed what Conservatives have been saying all along. He says, ‘I’m not happy with this gun bill and I’m not in a position to support this bill at this moment with those amendments in play. This is really upsetting many, many Yukoners regularly hunt either as a source of food or for recreational aspects of hunting,'” stated Poilievre

Pierre Poilievre: “Canadians don’t want to ban hunters, they want to stop criminals. Will the government get the message?” pic.twitter.com/fCfzLuuxpG

“Mr. Speaker, even their own backbench are getting the message. Canadians don’t want to ban hunters. They want to stop criminals. Will the government get the message here,” he added.

Even New Democratic Party (NDP) MPs, who are further to the left politically than Trudeau’s Liberals, have blasted the bill as “problematic.”

On Monday, Charlie Angus, who serves as an NDP for the northern Ontario riding of Timmins–James Bay, which is home to a large Indigenous population, took a shot at Trudeau’s gun grab bill.

“This is a good article on how the Liberal government promise to ban hand guns morphed into a massive overreach including hunting rifles and shotguns. The 11th hour amendment thrown into Bill C-21 is hugely problematic and must be fixed,” tweeted Angus.

This is a good article on how the Liberal government promise to ban hand guns morphed into a massive overreach including hunting rifles and shotguns.
The 11th hour amendment thrown into Bill C-21 is hugely problematic and must be fixed. https://t.co/0lpCA8GKeF

On Saturday, Price posted to his Instagram account an image of him holding his firearm in hunting gear writing, “I love my family, I love my country and I care for my neighbor,” adding he is “not a criminal or a threat to society.”

“What Justin Trudeau is trying to do is unjust,” noted Price.

If Trudeau’s ban is enforced, legal gun owners in possession of the federally regulated Possession and Acquisition License (PAL), would be barred from buying, selling, transporting, and even importing a slew of guns the government has categorized as “assault-style” rifles.

On top of this ban, the Trudeau government in May enacted what is in effect a new long-gun registry system, despite saying in 2015 that he would never bring back the system after it was scrapped in 2012 by former Conservative Prime Minister Stephen Harper.