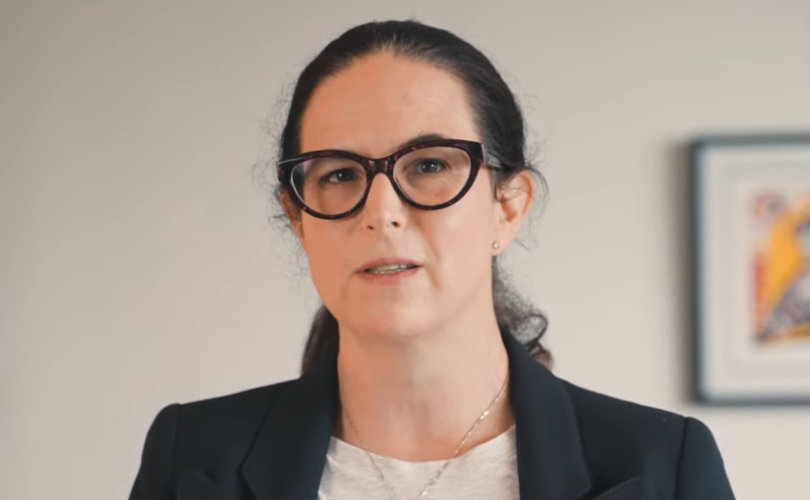 OTTAWA, Ontario (LifeSiteNews) — A Canadian MP from Prime Minister Justin Trudeau’s Liberal Party claimed Monday that the “honk honk” slogan used by truckers and their supporters is “an acronym” for the Nazi salute “Heil Hitler.”

“How much vitriol do we have to see of ‘honk honk’ — which is an acronym for ‘Heil Hitler’ — do we need to see by these protesters on social media,” said MP Ya’ara Saks during a House of Commons debate regarding the Emergencies Act invoked by Trudeau.

Later on Monday, Saks doubled down on her remarks.

“For those of you who think that honk honk is some innocuous joke, I’ll leave this here,” she added on Twitter, posting a screenshot of a tweet from Antifa member Gwen Snyder, bizarrely claiming that as both “honk honk” and “Heil Hitler” have two Hs, they somehow are used by “alt-right trolls.”

For those who think that “Honk Honk”is some innocuous joke. I’ll just leave this here 🧵 https://t.co/aG0GDdzOkO

Trudeau took the unprecedented step of enacting the Emergencies Act on February 14, which he claimed was needed to deal with the Freedom Convoy, which had been in Ottawa for the past three weeks protesting COVID mandates.

In the early days of the Freedom Convoy, truckers honked continuously through the day and night in Ottawa, which resulted in the local government banning honking.

Many on social media who have supported the Freedom Convoy have used “honk honk” to show their solidarity with the truckers.

MPs from Canada’s House of Commons on Monday voted in favor of the Emergencies Act.

Last Wednesday, during debate of the Emergencies Act in the House of Commons, Trudeau accused Jewish Conservative Party of Canada (CPC) MP Melissa Lantsman of standing with people who wave “swastikas” and “Confederate flags” after she blasted him for calling the freedom truckers “racists.” He refused to apologize.