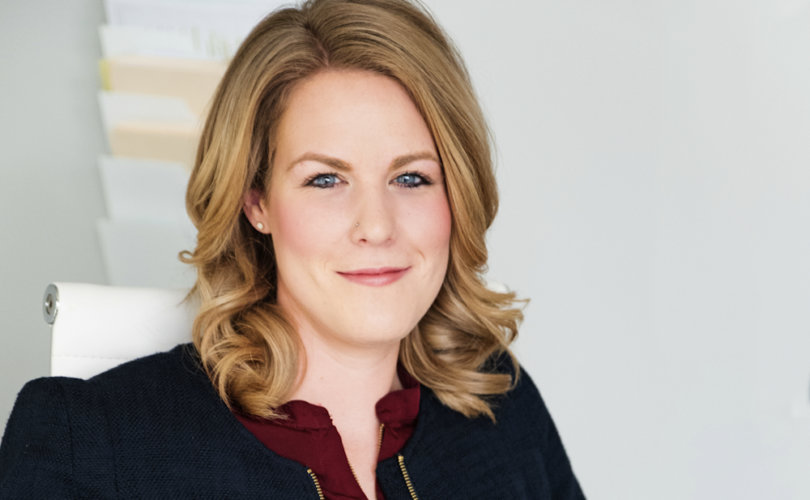 OTTAWA, September 27, 2017 (LifeSiteNews) – Liberal MPs immediately walked out of a House Committee on the Status of Women meeting Tuesday when a pro-life Conservative MP was nominated to chair it.

They opposed Rachael Harder, an MP representing Lethbridge, Alberta, leading the women’s committee because she is against abortion.

The Liberals hold a majority on the committee and could have voted Harder out. Their walkout shut down the meeting and prevented a vote.

They also criticized Conservative leader Andrew Scheer for nominating Harder, according to the Toronto Star. Traditionally, the opposition party gets to pick this committee’s chair.

The New Democratic Party joined the Liberals in the Harder protest. NDP MP Sheila Malcolmson, a committee Vice-Chair, said Harder’s pro-life views would make it “impossible” for her to represent the committee, reported CTV.

“Reproductive choice is at the foundation of women’s equality,” said Malcolmson, and Harder wouldn’t be able “to communicate and articulate our work.”

“The Liberals’ problem with Rachel Harder isn’t because she has pro-life leanings; it’s because they are pro-abortion,” Johanne Brownrigg, Ottawa lobbyist for Campaign Life, told LifeSiteNews in an email.

“Quite frankly, one would hope that the committee for the status of women would have a spokesperson who would be able to stand up and unequivocally defend women’s rights,” said Trudeau.

“That’s sort of the point of the status of women committee.”

Maryam Monsef, the minister for the status of women, also backed the Liberals’ walkout, telling the Star: “I support their choice … and applaud their decision to be heard.”

Tory leader Scheer fired back that Trudeau likely had a part in the press-grabbing stunt.

“It’s certainly unprecedented that the prime minister would interfere and block the nomination of a democratically elected member of Parliament to serve as chair of a committee,” he told the Star.

“I think it shows a lack of respect for the parliamentary process. It’s very unfortunate.”

Scheer said he nominated Harder because she was a hard-working MP and that the Conservative Party is not interested in reopening the abortion debate, reported the Star.

Harder criticized the Liberal walkout as anti-democratic but did not answer media questions on her position on abortion, it reported.

According to its website, the House Status of Women Committee “has the broad authority to study the policies, programs, expenditures (budgetary estimates) and legislation of departments and agencies, including Status of Women Canada, that conduct work related to the status of women.”

As Chair, Harder would be the spokeswoman for the committee.

Campaign Life is asking supporters to back Harder, calling the Liberal walkout “a tantrum” in a Facebook post.

“They can’t handle the fact that some women actually have a different opinion on abortion,” reads the post. “We must stand by [Harder’s] side as she deals with these immature outbursts.”

Harder has a perfect pro-life voting record, according to Campaign Life, but it rates her with an “amber light” because she has yet to clarify statements attributed to her during the last election campaign.

An amber light rating means “voters should be cautious about the candidate. CLC is still evaluating this individual, does not have enough data, or their record is mixed.”

Harder is also being vilified as “anti-transgender,” but Campaign Life notes she was “absent or abstained” from the vote on C-16, the Liberals’ radical transgender rights bill.

Canadian abortion supporters slammed Harder on Twitter as being “opposed to rights for women, trans men and nonbinary people.

They joined Malcolmson’s call to shut down her nomination.

Opposed to rights for women, trans men and non-binary people.
Rachael Harder is not our ally.#canfem #cdnpoli pic.twitter.com/uTvG4DG1kV

The Conservatives are standing behind Harder’s nomination, reports CTV.

The committee must have a chair to function. The election of the chair is the sole item on the agenda so far for the committee’s Thursday meeting.