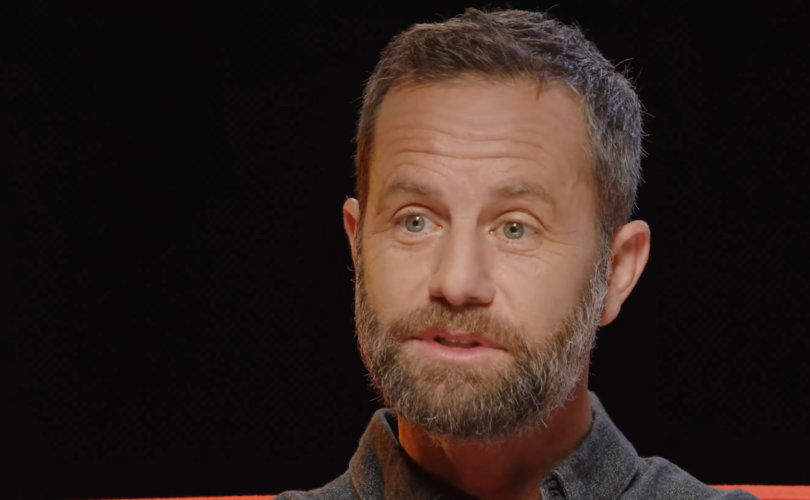 (LifeSiteNews) – Christian actor Kirk Cameron’s efforts to hold faith-based story presentations in public libraries across the country have been rejected more than 50 times, according to his publisher, in a sharp contrast to the ongoing controversy over Drag Queen Story Hour.

Fox News reports that Cameron, the Growing Pains star who in recent years has become known for more religious works, is currently promoting his new children’s book As You Grow, which uses the development of a massive tree as a tool to teach about “love, joy, and gentleness.” But publisher Brave Books’ outreach efforts to local educational institutions have so far been rebuked.

“No, we will pass on having you run a program in our space,” the Rochambeau Public Library in Providence, Rhode Island reportedly said. “We are a very queer-friendly library. Our messaging does not align.”

“I don’t think that’s something that we would do,” echoed the City Heights/Weingart Branch Library in San Diego, California. “Because of how diverse our community is, I don’t know how many people you would get.”

“Generally when we have author visits, those are coordinated through our departments. We really have a push,” said a representative of the Indianapolis Public Library’s central location. “We have a strategic plan in place, so we are really looking at authors who are diverse. Authors of color. That’s really been our focus.” When Brave noted that Cameron’s book would contribute to ideological diversity, the employee reportedly clarified, “well, we are focusing on racial equity.”

All told, Brave says more than 50 libraries either outright rejected them or failed to respond, yet many of those same libraries host Drag Queen Story Hour (DQSH) sessions, in which cross-dressers read to children, and openly advertise a variety of other LGBT-themed events.

DQSH organizers admit that one of these events’ central purposes is to indoctrinate children about “learn[ing] to see beyond the pink and blue gender binary.” Many have exposed children to sexually-charged performances as well as performers who range from x-rated performers in their day jobs to convicted pedophiles and prostitutes.

That so many libraries exercise discretion in allowing DQSH while rejecting Cameron’s Christian-themed presentation undermines a key legal argument made in defense of libraries by voices such as former conservative pundit David French: that localities have no choice but to allow the former in the name of “viewpoint neutrality.” This belief has created a dilemma for more conservative jurisdictions, forcing some to stop renting public spaces to outside groups entirely.

In 2019, Amherst College political scientist and Born-Alive Infant Protection Act architect Hadley Arkes argued that the U.S. Supreme Court precedents Widmar v. Vincent and Cohen v. California created this problem at the expense of the U.S. Constitution’s actual meaning by adopting a form of relativism in which “there was no principled ground for recognizing a class of obscene or assaulting speech, and no grounds of truth in testing political speech.”

In the meantime, Cameron tells Fox that his experience is “proof that more than ever, we are getting destroyed in the battle for the hearts and minds of our children. Publicly funded libraries are green-lighting ‘gender marker and name change clinics’ while denying a story time that would involve the reading of a book that teaches biblical wisdom. How much more clear can it get?”

“We have to start fighting back, or we will lose our kids and this country,” he warns.