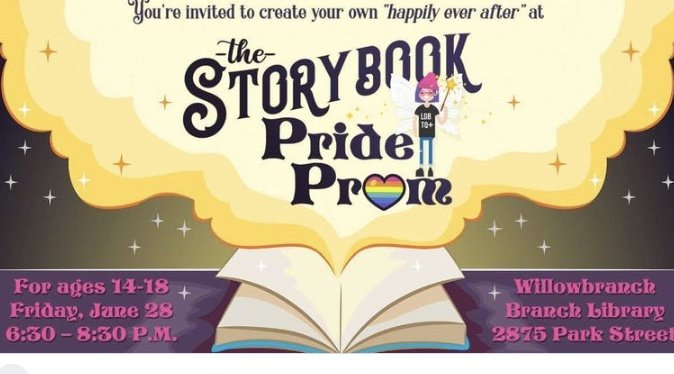 June 26, 2019 (LifeSiteNews) — A “Storybook Pride Prom” drag event scheduled for teens ages 14-18 in Jacksonville, Florida, was cancelled after concerned parents convinced librarians to shut it down.

Emboldened by a call from “Activist Mommy” Elizabeth Johnson, parents and pro-family activists convinced librarians at the Willowbranch branch of the Jacksonville Public Library in Riverside to cancel the event that encouraged teens to dress in drag.

Slated for Friday, June 28, teenagers were invited “to create your own ‘happily ever after’ at The Storybook Pride Prom! … Come dressed inspired by your favorite book character – casual, formal, or in drag – whatever makes you feel great. Be you!” The invitation promised an appearance by drag performer BeBe Deluxe and said, “Bring a date, come solo or with friends, and enjoy music, dancing, refreshments, a selfie station, and more.”

Johnson called on her Facebook followers to register their disgust with “this perversion” and contact the library with their concerns. She included a copy of the library’s description of the event, apologizing for the graphic nature of the photos included.

On Monday, the library cancelled the event. After commending its staff for organizing “a program that would have provided a great experience” for teens, the statement affirmed that the “co-opting of the event by others who wish to use it for their own purposes” meant that the library was “not confident” that it was prepared to “provide a safe, secure environment.”

The library said it appreciated the community support it received for trying to “engage with teens in a new way” and in a place where “something as simple as a dance without the labels and judgment” can happen.

The cancellation caused an uproar on the part of drag performers and LBGTQ advocates on social media. For example, Selena T. West, an activist and drag performer, called on his followers to dox pro-family activist Johnson. On Facebook, he wrote, “Looking for information on The Activist Mommy — Elizabeth Johnson. We need phone numbers, place of worship, job locations and phone numbers for her husband. I'm tired of reading about her successfully shutting down gay events. Time to organize and peacefully protest this behavior.”

Followers responded with threats against Johnson. User Bryan Richardson wrote, “Let me know how to help! I am so down!” User Megan Marie wrote, “Maybe pool money for a private investigator?” Michael Erickson wrote, “Someone needs to slap that Bitch in the face with a Pie.”

On Change.org, a petition is circulating that calls for Johnson to be removed from Facebook.

Johnson posted on Facebook, “I am being hunted,” and included images of Selena T. West’s calls to action. “This hunt is being led by a ‘Drag Queen’ who is mad because I asked you all to make respectful phone calls to the taxpayer subsidized library. He is lying about me so that people will think I am inciting violence. Now he is the one inciting violence against me and attempting to harm my husband’s employment, because he is mad the Drag Queen event got cancelled. These tactics are wrong and will never silence me.”

Johnson  asked for donations to help with 24-hour security for herself and family.

In a Facebook video labeled “Activist mom is a terrorist,” West said Johnson is a “credible threat to our community.” Wearing thick makeup and combing his long hair, West admitted that Johnson has not called for violence against drag queens or others in the LGBTQ community. However, he asserted that Johnson’s “mis-gendering of trans individuals” and “celebrating” of the closures of drag queen events is the endorsement of hatred and violence.

West credited Johnson and her followers for shutting down a drag event for teens planned for June 5 at the Delaware County District Public Library in Delaware, Ohio. West was scheduled then to perform and provide lessons in makeup and costuming.

Shaquan D. Gray, lead pastor of the Ignite Columbus church in Ohio, wrote in support of West, stating on Facebook, “I need true Christians who understand the radically inclusive nature of Christ to band together to stop the hate and transphobia that The Activist Mommy – Elizabeth Johnston is spreading! Preachers your parishioners need you! This by no means is acceptable or actual representative of the God we know and love. We must stand with members of the queer community and show who truly God is! Selena T. West your community has your back sis!!!”