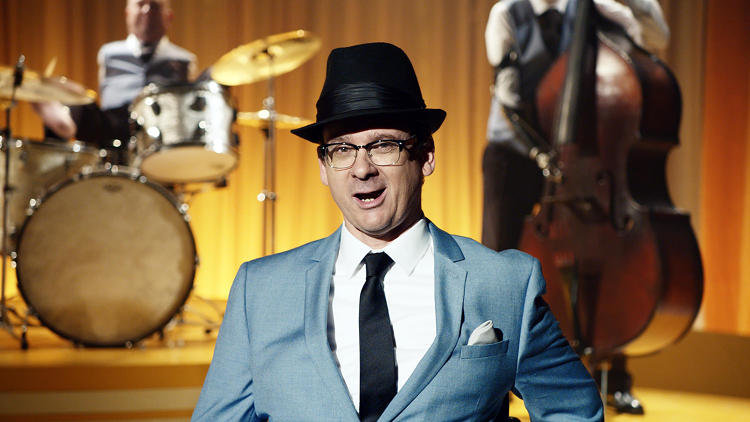 BRISBANE, Australia, July 22, 2016 (LifeSiteNews) — Before the Olympics and Paralymics in Rio de Janeiro, Brazil, take center stage next month, a strong pro-life voice will be getting lots of air time in the United Kingdom.

Austalian singer Tony Dee recently sat down for an exclusive interview with LifeSiteNews. Dee is one of the stars of the viral “We’re the Superhumans” promotional campaign for the Games that will run on Channel 4 in the UK.

Dee, who was born with spina bifida, recently returned to Australia after his second trip to Great Britain for a Broadway-style launch party to preview the video that features performers and athletes with disabilities. Print advertising also will be part of the campaign.

The trailer was posted to Facebook only a week ago and the video has rocketed past 25 million views. An additional two million have viewed it on YouTube.

It all started with an unsolicited email arriving after a production company casting agent spotted a YouTube video of Dee singing Frank Sinatra’s Come Fly with Me.  The email asked him if he would be interested in auditioning for a project about which very little information was given.

Dee later learned that the producers wanted to do a commercial for the Paralympics. Dee was somewhat skeptical at the time and wondered to his wife, Caroline, if it was too good to be true. She told him to “go for it.”

Soon, there was a trip to their local park to film an audition video with music that was supplied to him. “Sounded fantastic, we'll let you know,” he was told. Then, a director diverted his personal travels back from Australia so he could drop in and visit Dee. He liked what he saw and shortly thereafter Dee had the lead role confirmed after the production company’s worldwide search for talent to fill the various roles in the video.

Only the closest family members were given any details about why he and his wife were suddenly flying to England for a few weeks. Friends and other family members simply had to wait. “The secrecy was the hardest bit,” he said.

The filming fulfilled a lifelong dream to sing in front of a swing band. “All the musicians were not only brilliant technically but also awesome guys,” he said. “The cinematographer and crew were also amazing. First rate.”

While in England for the launch party where he and other ‘Superhuman’ musicians shot the video, Dee appeared on The Last Leg, a television show hosted by Australian comedian Adam Hills that was launched in 2012 as a nightly commentary on the London Paralympics. Hills and others on the show are members of the disability community. The program continues to offer comedic commentary on the current affairs of the week.

Dee doesn't see himsself as the star of the show and is very humble about it.  Although he was treated that way during production – “you’re in all the scenes!” – he is more than happy to let the other musicians get some of the spotlight.

The impact of the “Superhumans” productions on the disability community has been amazing, starting with the original promo that coincided with the 2012 London Olympics. Millions of people watched.

As host of the Olympics and Paralympics in 2012, the city of London was forced to improve services and facilities, including those for the disabled visitors and also the competitors.

“I think it certainly raised the profile and standing of the disabled community in the U.K,” Dee said. “When we went there (this year for filming), we saw how easy it was to get around and how in the buses they all have ramps and special spaces for wheelchairs and strollers. If a space has a stroller on board and a wheelchair comes along, the stroller has to move. There is a heightened access of awareness issues and basic consideration.”

Dee hopes the 2016 “Superhumans” advertising video will not only go viral in England but around the world and bring enhanced awareness to those with disabilities.

“The thing that stands out to me is that people should see people with disabilities as having the ability to live a life that is worthwhile,” he said. “So I feel very strongly about being pro-life and am very concerned about the moves towards a society where we have couples becoming pregnant expecting a baby who might have a disability and then getting rid of the baby way too easily.”

If you can feel that way about an unborn baby, Dee says, it's not too much of a stretch to think that way in general. “I think Peter Singer would agree with me on that one,” Dee added.

Dee gives thanks for his parents because he believes if he had been born to a different set of parents in a different era he would have been “toast.” Until after he was born, nobody knew he had spina bifida. He explained that nurses quickly took him away and he was operated on in the first hour of his life. Disturbingly, his parents were then told by doctors that he would not amount to much and should be put away in some sort of institution. His father “almost hit the roof” and would not have any of it.

“It scares me how if that could happen in 1969 to a baby that had already been born, and I've had the full life that I've had, doctors are making guesses about babies that haven't been born yet,” Dee said.

The doctors’ assumptions then about Dee’s quality of  life painted a bleak scenario, but he clearly is doing much better today than what thought he would.  The presumed intellectual problems and difficulties with taking care of himself never materialized. He continues to thank his father for his decision that day.

Dee is clearly disturbed by the impact of abortion and the consequences of the legislative bill by Cairns MP Rob Pyne that threatens to totally decriminalize abortion in Queensland with no limits of any type in place.

His wife, who doubles as his greatest cheerleader, naturally seizes the opportunity to get in the last word.

If it weren’t for Tony’s survival, she said, “I wouldn’t have someone who loves me so much and cares for me so well. And you would never know that Tony has a disability because he doesn't show as a person who has any problems doing anything. Literally.  Ask him to do something and he will do it, regardless of who he is. A very good person.”