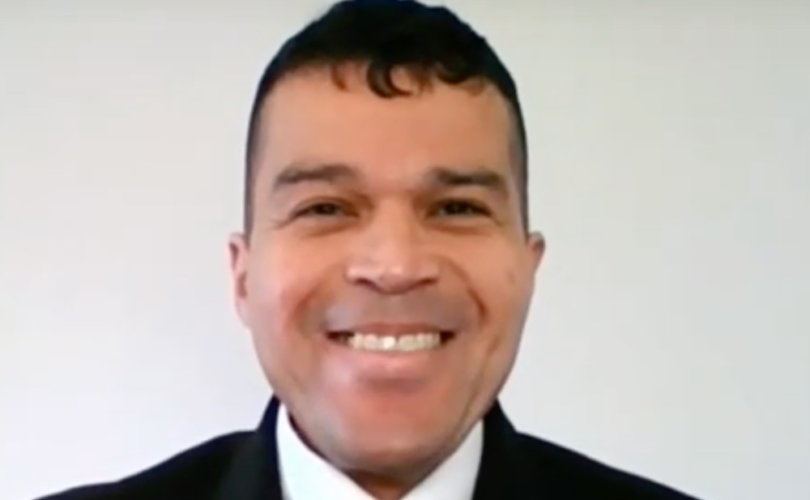 (LifeSiteNews) – Dr. Paul Elias Alexander was called to Washington, D.C. to help the Trump administration to handle the nation’s COVID response in the spring of 2020.

When he got there, he met opposition from an intense bureaucracy that he called the “Deep State” and as a result was forced to live and work for weeks without pay, an injustice he endured to serve America and help President Trump. In September, he was fired by the virulently anti-Trump Department of Health and Human Sciences and dropped by the Canadian university that had employed him as an assistant professor.

Today, vilified for his refusal to bend the knee to the mainstream COVID narrative, canceled by the scientific and academic establishment, and effectively robbed of his livelihood, Alexander is turning to his supporters for help. To continue his fight against medical censorship and COVID jab mandates, the immunologist has launched a LifeFunder campaign which can be seen here.

LifeSiteNews has published many bracing and informative articles by Dr. Alexander, who despite financial privations, has doggedly continued to fight for health, particularly the health of children, against dangerous COVID policies. Tim Jackson, the Director of LifeSiteNews’ Life Petitions, is enthusiastic about the endeavor to help his cause in a material way.

“LifeFunder is honored to give Dr. Paul Alexander a crowdfunding page to continue his vital work,” Jackson told LifeSiteNews.

“He has been a consistent voice of rationality and insight during the COVID outbreak despite many attempts to bully him into silence. Dr. Alexander therefore deserves our full support as authorities further damage his career and reputation.”

In late August, Alexander described his ordeal at the hands of D.C. bureaucrats and their media pals to Jeffrey Tucker, founder of the Brownstone Institute.

Alexander told Tucker repeatedly that he simply wanted to do the right thing and ensure that Americans were receiving adequate information. Despite being warned to watch his step, he decided to challenge Dr. Anthony Fauci and prove that there was no verifiable data that showed social distancing or mask-wearing was effective.

What followed was a media smear campaign so severe, the resulting threats of violence left him and his family trapped inside their D.C. condo. (Emails from Alexander advocating the creation of herd immunity to COVID among the hardy young were used to suggest he was willing to throw children under the COVID bus.) The anti-Alexander narrative spread to Hamilton, Ontario, where his other employer, McMaster University, distanced itself from its assistant professor, telling a local newspaper that he was not currently on the institution’s payroll and did not speak on its behalf.

At the same time, however, the Hamilton Spectator was forced to concede that Alexander was a “decorated academic with over 60 peer-reviewed published works, at least six of which pertain to novel coronavirus research.” It also published remarks from one of his lecturers at Oxford University, who described Alexander as driven, a natural collaborator, “almost too enthusiastic” and loyal “to a fault.”

In February 2022, Alexander made headlines again for giving speeches at the Freedom Convoy rally spearheaded by truckers in Canada’s capital city Ottawa.

His unwelcome new career as a media football is in sharp contrast to Alexander’s impressive CV. In addition to degrees from the University of Toronto, Oxford University, and McMaster University, the epidemiologist worked for the Government of Canada for over a decade. In addition, he was appointed by the World Health Organization in 2008 as a regional specialist in Europe. In 2017-2019 he was employed by the Infectious Diseases Society of America (IDSA) in Virginia, USA.