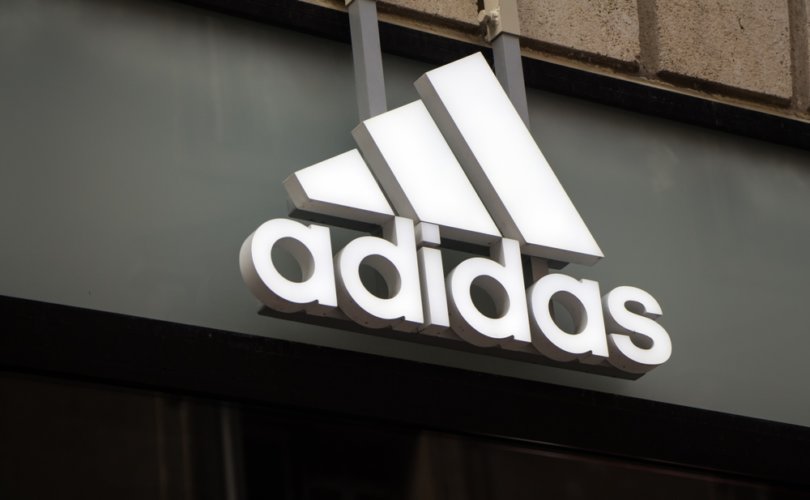 (LifeSiteNews) — A LifeSite petition calling on Adidas to remove a blasphemous bikini from its inventory soared past 25,000 signatures after four days.

The launching of the petition was in response to Adidas revealing a new bikini line with the names of the Holy Trinity on the triangle tops and the bottom, and selling it on the website Prayying.com.

Outrage on social media ensued when Addison Rae, a 21-year-old TikTok and Instagram influencer, posted herself with the swimsuit. While some called it a “slay,” others slammed it as “blasphemous” and “disrespectful.”

“Nah this disrespectful to Jesus. Sad what y’all do for money,” one commentator said, according to Fox News.

As reported by the International Business Times, other internet commentators suggested that the backlash should also be directed toward Adidas. One person said that “[People] should be mad at Adidas,” and a second asked if Adidas should “also be receiving backlash?”

One Twitter user also noted the double standard tactics of companies such as Adidas.

“And why do you have to create it, @adidas? Not that I was ever a fan of Adidas (or Addison Rae for that matter), but I’ll never buy anything from Adidas.”

Besides Rae, pop singer Christina Aguilera also posed in a French version of the blasphemous swimsuit, according to Fox News.

LifeSite previously reported on products of companies featuring blasphemous content. In March 2021, the shoemaking retailer MSCHF released sneakers with satanic content basing them on Nike’s “Air Max 97” design. While Nike distanced themselves from MSCHF claiming that they did not have any working relationship, there were calls for a boycott of Nike.

Netflix was another company that faced similar backlash, with 2 million people signing an online petition against a blasphemous Brazilian comedy film depicting Jesus as a homosexual.

Despite the public outrage on anti-Christian content in commerce, arts and entertainment, there has been little to no condemnation from the Catholic bishops, as Cardinal Raymond Burke pointed out in 2019.

“Art has become an expression of the meaningless of life without God; they hate Christ because he reveals this emptiness,” Cardinal Burke said.

“It’s scandalous that bishops and priests remain silent when God is attacked, it is a sign of the grave crisis in the Church,” he continued. “The faithful should make acts of reparation and make use of every lawful means to prevent these obscenities from proliferating.”