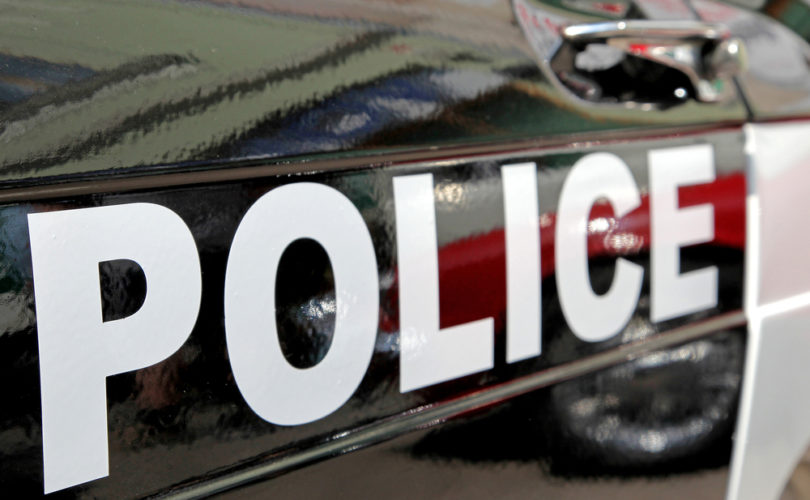 October 23, 2018 (LifeSiteNews) – Homosexual activists constantly dish out accusations of “hate” against those who disagree with their views and are completely intolerant of any honest reporting of their actions that may cast them in an unfavorable light. Playing up their victim status has been found by such activists to be an especially effective tactic to counter such reports, as we may well be seeing in the case of Aaron Bianco, a San Diego Catholic Church employee who is openly homosexual.

LifeSite published one report on December 6, 2016 and another report this past Wednesday about the fact that San Diego Bishop Robert McElroy has defended the diocese’s employment of Bianco, despite Bianco’s pro-homosexual activism as well as being “married” to another man.

Our initial report referenced a 2015 Wall Street Journal article in which Bianco himself is quoted as saying Bishop McElroy “let me know that [being gay] should not hinder me from participating fully in the life of the church.” Bianco’s public interview to a national newspaper about his homosexuality and employment by the Catholic Church also states that before Bishop McElroy was appointed to head the Diocese of San Diego, “a parishioner who knew of Mr. Bianco’s sexual orientation had complained to the diocese.”

The second report, a re-publication of a Lepanto Institute investigative article, was quickly followed up two days later with a tweet by pro-LGBT Jesuit priest Fr. James Martin, who accused us, along with Church Militant and the Lepanto Institute, of inciting “violence” against Bianco. Martin encouraged his followers to report us along with these groups to Twitter and Facebook “when you see evidence of hate.”

What can be done about groups like @Church_Militant @LifeSite @LepantoInst and TFP, who traffic in the personal vilification that led to the kind of violence that plagued Aaron Bianco? Report them to @Twitter and @facebook when you see evidence of hate. Then write to your bishop.

Martin detailed on social media some of the alleged “violence” Bianco had received. Bianco has allegedly had his tires slashed, received threatening emails that included death threats, had a “no fags” message spray-painted on the wall of his workplace, had his office broken into, and been physically attacked after a Mass.

If Bianco has indeed had his tires slashed, received death threats, and was physically attacked outside of Mass, LifeSite condemns such actions. We also condemn the supposed break-in to his church office and the spray painting of the words “no fags” on the wall. Neither LifeSite nor the Lepanto Institute encouraged readers to communicate with or harass or threaten Bianco.

We are told that the FBI and local police have been called in to investigate these actions. We totally support such law enforcement investigations. We look forward to seeing if there are any police reports that were filed concerning these events.

The break-in and “no fags” spray painting does raise some flags. That ugly language is simply way out of date and never used by orthodox and moral conservative Catholics – or anyone else that we are aware of. It could, however, be very convenient to help publicly portray Bianco as a martyr and deflect all attention away from the issue of his employment by the diocese.

LifeSite has many times reported on cases of persons sympathetic to the homosexual cause themselves doing these types of things in order to demonize those who disagree with their moral choices. However, if an anti-homosexual person did indeed break in and spray paint those words in the office, which is possible, then we support prosecution by law enforcement authorities.

To directly blame LifeSite’s or the Lepanto Institute’s factual reports for these crimes is not only irresponsible but, quite frankly, unjust. Nothing in our reports encouraged such actions. Furthermore, the timing of the alleged acts of violence in no way corresponded to the release of our most recent report with which Fr. Martin takes such issue.

We take serious issue with Bianco himself accusing LifeSite of inflicting upon him what he calls “physical and emotional violence.”

On the same day that Fr. Martin tweeted about LifeSite, the militantly pro-homosexual National Catholic Reporter published a report that Bianco had resigned his position as a pastoral assistant at the parish where he was working. In that report, Bianco incredibly claimed he has “endured physical and emotional violence from groups like Church Militant and LifeSite News for the past year and a half.”

NCR included the text of an Oct. 19 email Bianco sent to friends, part of which stated:

As most of you know, I have endured physical and emotional violence from groups like Church Militant and LifeSite News for the past year and a half. As I wrote earlier in the week, they have slashed my tires, left me death threats, physically attacked me outside of mass and sent hundreds of letters, phone calls and emails. This past week they took it to another level. They broke into the office/rectory and spray painted “no fags” on the conference room wall. Then, on Wednesday, LifeSite News and the Lepanto Institute published an article about me. This was the final straw. They posted pictures of my family, including a photo of my deceased mother, stated where I live, and went back years to try and find anything on me. All of this is done to intimidate and scare me into resigning. These groups are no different then organized crime. They have gone after me relentlessly hoping to bring me to my knees. These groups, and those who act on their rhetoric must be stopped! We cannot allow this to continue in a Church that was founded on Jesus' message of love and acceptance. I will be looking at hiring legal counsel to stop the slander against me.

One might think from Fr. Martin and this excerpt from the email that LifeSite has waged a long campaign of “vilification” of Bianco and urged readers to harass and threaten the man. This is simply not the case. Notice that Bianco reveals that all of these things happened before Lifesite published our Oct. 17 report. So, is he claiming that our one rather mild report in 2016 was responsible for all of this?

Two stories in two years do not make a campaign. The supposed “vilification” was instead simply and objectively revealing that Bianco, given his extensive history of homosexual activism, his openly homosexual lifestyle, and his so-called “marriage” to a same-sex partner, was unsuitable to be an employee at a Catholic institution. His involvement in parish ministries and diocesan events and as a professor at a local Catholic university has been a source of scandal to the faithful. Our reports highlighted that the bishop, not Bianco, is the one who is responsible for this continuing scandal.

The NCR article indicated that Bishop McElroy received frequent complaints about the Bianco situation during his recent eight listening sessions in the diocese. LifeSiteNews reported on one of those sessions here where such a complaint was made. This suggests that many Catholics in the diocese have already been upset about this scandal and made their views very explicitly known to the bishop, who has not backed down one bit.

We were accused of insensitivity in using a photo of Bianco’s mother in the Oct. 17 Lepanto report on LifeSite. This photo was taken from a publicly available video interview done by the San Diego Justice Department and approved by Bianco. The context, as one commenter rightly noted, was to provide evidence that he was in a homosexual “marriage.”

Wednesday's Lepanto report also included a link to a white pages page that included Bianco's address. That link was included only to provide evidence that Bianco and his partner lived at the same address. It was not included to encourage any contact or harrassment of the Catholic gay activist.  Nevertheless, on Friday LifeSite removed the link as a courtesy for the privacy of Bianco. It is important to re-iterate that the harrassment incidents Bianco reported all occurred before the Lepanto report was published.

LifeSite's firm policy on the homosexual/transgender issues is truth in love. That is, we report the truth on these very controversial issues out of love for all persons involved. We seek the good of all those involved in our reports. When it comes specifically to homosexuality, we want to help those whom we report about avoid the physical, emotional, psychological, and especially the spiritual dangers that the Judeo-Christian tradition connects with active homosexuality.

We include below relevant exchanges on Twitter about Bianco’s accusations.

Steve Skojec of 1Peter5 tweeted: “Do you know how many times things like this have been faked? I've seen at least three different stories just this year. There is literally nothing linking this to the accusations of Catholic news outlets promoting violence and harassment.”

Do you know how many times things like this have been faked? I've seen at least three different stories just this year. There is literally nothing linking this to the accusations of Catholic news outlets promoting violence and harassment.

They're on the defensive and lashing out. I know Michael Hichborn and I've worked with the folks at Lifesite. They're good, virtuous people. This may very well backfire for @JamesMartinSJ pic.twitter.com/ZiK1ZtFN19

“Try fact checking. Bianco said his tires were slashed 'in the weeks leading up' to the Oct. 10, 2017 LGBT Mass. @Church_Militant didn't publish our report on that Mass till Oct. 9 – long AFTER his tires were allegedly slashed. Don't pin that – or ANY of this nonsense – on CM.”

I have never seen the 'hate speech' on these news sites you claim here on your tweet. That they disagree with your liberal views is correct, but that does not make them 'hate speech.' Instead, I see you spreading hate and divisiveness. Not my kind of priest.

Continued Brink in another tweet: “And the LifeSite report was published on Oct. 17. How can that possibly be in any way related to the tire slashing of a few weeks prior?”

There were also more responses to the alleged violence:

I would like to hear what police find. There isn't much in here about evidence. It's a terrible thing (breaking in, graffiti). Did Aaron put Pro-abortion literature in the church? Did he also lock the doors and not allow rosary before mass? Parishioners say he did. Is that true?1

Were the police called? Evidence collected? Police report filed? The perpetrators should be caught and prosecuted. Whoever they are. But to accuse these sites of inciting to violence is an outrageous, emotional reaction not a reasoned response.