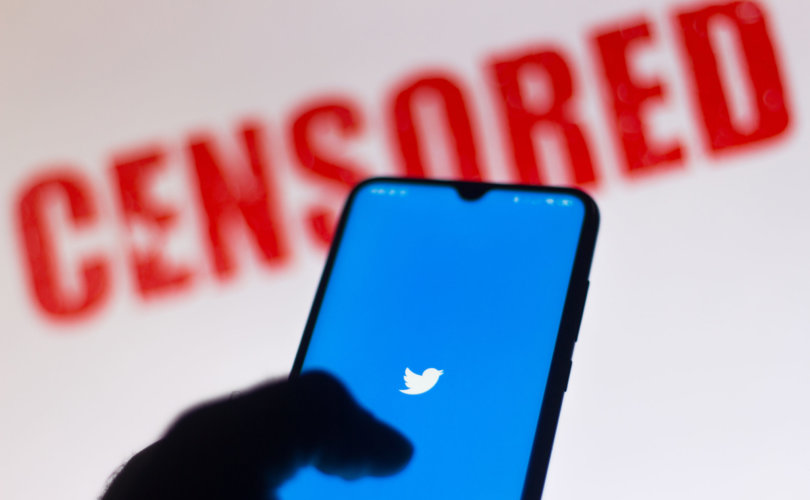 For stating Biblical truths, we have been shut down. Therefore, the time has arrived for LifeSite to officially remove itself from this anti-Christian platform. We are also considering no longer posting on our We Can End Abortion and LifeSite Catholic Twitter accounts beginning March 1.

At the time, Twitter gave LifeSite the option to delete the tweet and reactivate our account immediately. LifeSite remained steadfast, rejecting the notion that the tweet violated the company’s “rules and policies.” We sought several appeals with Twitter and looked into legal action against them. While LifeSite's account was eventually restored, we are now of the opinion that it’s best to part ways with Twitter.

LifeSite is already active on multiple alternative social media platforms. Click below to follow us on those websites.

For now, we have decided to stay on Facebook for the foreseeable future but will be re-evaluating whether it is in our best interest to be on that platform on a regular basis. We are also looking into using an alternative search engine on our website so we don’t have to rely on Google any longer.

In order to stay up to date on all of LifeSite’s coverage, it’s crucial that you also sign up for our email updates, including our video newsletter so you can watch all of our latest reports.

It’s beyond time time for conservatives and Christians to stop being part of Twitter’s assault on democracy. It’s time we all stop using Twitter, Facebook, Google, and Amazon as our default social media platforms and search engine! (Click here to find a good alternative to Google.)

To repeat: a few liberal and completely unaccountable computer programmers in Silicon Valley are dictating what we do and do not see in our Twitter feeds and in our Google searches. We here at LifeSite are taking measures into our own hands. We hope you’ll join us on the alternative platforms listed above as we continue to find innovative ways to get our pro-life, pro-family truth out to the world.