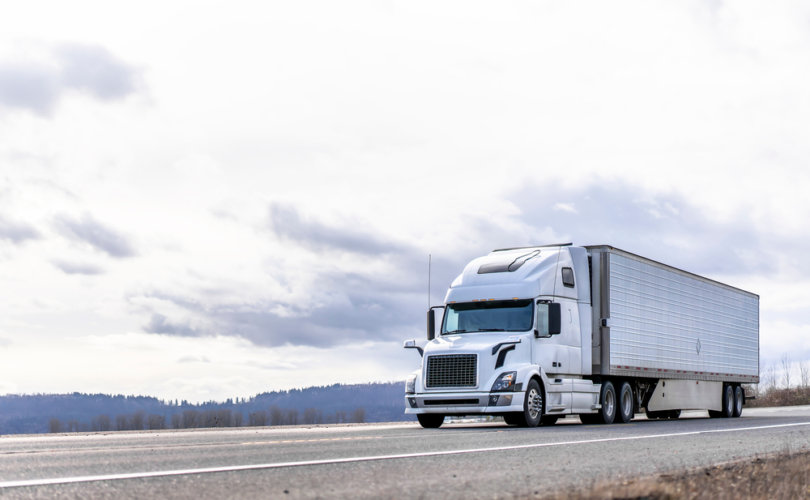 COUTTS, Alberta (LifeSiteNews) — As Canadian truckers blocking the US border to Alberta enter the ninth day of their protest, a special LifeFunder appeal has been launched to make up for their significant loss of wages.

Truckers at the Coutts border crossing have risked fines, arrest, and prison in their struggle for freedom from federal vaccine mandates, and won an apparent victory on Friday when Premier Jason Kenny promised the province of Alberta would soon dispense with the vaccine passport program.

NEW – Truckers at the border in Coutts, Alberta. pic.twitter.com/1eVPONKiue

Like their counterparts in Ottawa, the truckers in Coutts intend to hold their ground until the Trudeau government drops all federal vaccine mandates, but in the meantime, most members of the group lost their income due to their courageous stand for freedom.

Spokeswoman for the truckers Vanessa Nieboer told LifeSiteNews that she was glad to open a LifeFunder campaign, and that people who can’t make it to the border can still support the cause by making a donation.

“We estimate that $1500 to $3500 are being lost in wages each day by each trucker, which among 30 truckers amounts to hundreds of thousands of dollars so far,” Nieboer explained. “Contracted truckers with us have been threatened that they’ll never get work again, so they’re worried about their futures, but they feel this is where God wants them. They’re trusting God with their futures.”

Nieboer, who initially organized teams to supply food, fuel, and marketing for the blockade, said the Royal Canadian Mounted Police, politicians and media have all tried to demonize their efforts by portraying the protestors as extreme.

“Truckers opened a lane on Wednesday last to let everyone through, but the RCMP kept it closed until Friday in order to stir up resentment towards us and stop us getting supplies, whilst the media’s demonization campaign is also taking its toll,” Nieboer told LifeSiteNews. “Jason Kenney’s decision to lift restrictions isn’t good enough as it was only a press release — he could easily go back on his word. He said last July we were open for good, but we were locked down again by September. He needs to have a written plan with dates and deadlines.”

In a statement released Friday, truckers at the Coutts border urged provincial representatives to strip Premier Jason Kenney of his power for not ending COVID policies already.

“To the Rural Alberta Caucus: We understand what you suffered under Premier Jason Kenney. He ignored your vote, and refused to do what you asked as our representatives in Government,” the statement read. “We understand that slight, because in the end he has slighted us, the people, the salt of the earth of Alberta. Among many others, this was only the most egregious and outrageous attack on civility since Kenney took office.”

“Most recently, Kenney falsely claimed that the Coutts Truckers had assaulted the RCMP. We can only understand this as a malicious attempt to incite violence against the very people of Alberta whose ‘servant leader’ he claims to be,” they explained. “This slight has removed in our eyes all legitimacy of his government, and destroyed what confidence and faith we had in the institutions of this Province to grant Justice, love mercy, and serve the will of Albertans.”

The truckers have been supported by many local volunteers, as well as hundreds of other protestors camping out in cars, RVs, and even coming on horseback to take part.

More than hundred of Cowboys arrived in Coutts, US Canada highway to support the Truckers and Farmers Convoy. pic.twitter.com/6HsVoXLy46

This was the scene over a week ago in Coutts when truckers decided they weren’t going to bow to intimidation or threats by authorities opposing the protest:

🇨🇦🚨 Almost all the truckers on the Coutts border have decided they aren’t going to leave. The one trucker says “The only way I am leaving is in a cruiser (police)”. Please pray for these brave men who have been blocking one of the main US / Canadian borders for 3 days! pic.twitter.com/1o0eLMx1au

The truckers’ decision to stand firm was followed by praying the Our Father as a group, in what continues to be a demonstration of peaceful, prayerful defiance:

🇨🇦🚨 Truckers on the Coutts border turn to God as they are now surrounded by the Canadian government. 🙏🏻
PRAY FOR THE TRUCKERS@salty_sundays @awaken_patriot @cogbert pic.twitter.com/UOrATba3dP