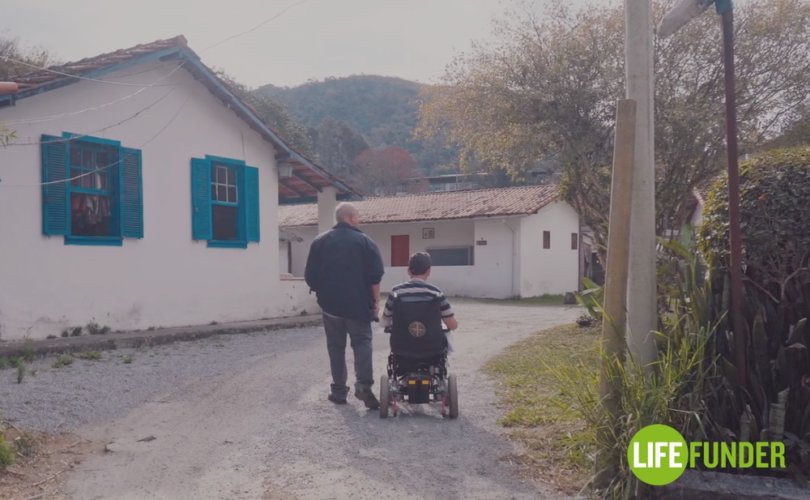 January 21, 2021 (LifeSiteNews) – LifeSiteNews recently launched a new crowdfunding platform, LifeFunder, through which grassroots fundraising campaigns can aid pro-life, pro-family, and Christian communities in the fight for truth and justice.

The purpose and mission of LifeFunder is to help bring essential financial assistance to individuals, organizations, and communities that seek to establish the Culture of Life, and change our world for the better. LifeFunder’s roll out comes at a time when Christians and conservatives are facing increased censorship from GoFundMe and other tech giants.

In the short time that LifeFunder has been live, we have raised tens of thousands of dollars for worthy causes. In less than one month, LifeFunder collected donations totaling over $44,000 for Mary Wagner’s legal defense fund.

Wagner is a long-time pro-life activist based in Canada. Since being arrested in 2012 for peacefully intervening at a Toronto clinic to save a mother and her unborn child from abortion, she has been fighting in Canadian courts, challenging the current legislation that denies a child’s humanity, right up until birth. Wagner has spent six years in prison for her peaceful attempts to save mothers and their unborn babies from the horror of abortion.

Her landmark Charter challenge has now reached the doorstep of Canada’s Supreme Court, after so many years of lower court rulings against the challenge. Should the Supreme Court decide in favor of Wagner’s appeal, the cost of proceedings will only escalate. The Charter challenges the constitutional validity of the “born alive rule” in section 223 of the CCC. This, she claims, is in direct violation of sections 7 and 15 of the Canadian Charter of Rights and Freedoms, which, if the law recognizes the unborn child as a human being, would protect the life of the child in the womb.

The LifeFunder campaign notes that, for the Supreme Court “[to] deny leave when the legal test is satisfied, would expose the court to criticism that it is influenced more by politics and policy than by the rule of law, common sense and the truth.”

LifeFunder is also currently supporting the work of the Brazil-based Comunidade Jesús Menino, or the Baby Jesus Community. This community is a family, where Catholic father Tônio Tavarez cares for his 42 adopted, disabled children.

Speaking with LifeSiteNews, Tavarez said that “this is the message of the Catholic Community of the Child Jesus: it is to embrace life, to acknowledge life, to respect life throughout its development: from conception until natural death.” All of Tavarez’s children have severe disabilities, such as autism and cerebral palsy, some of whom are also survivors of abortion attempts.

In the last days of 2020, Brazil’s neighbor, Argentina, passed a law legalizing abortion up to 14 weeks.

Whilst Brazil does, for now, have stricter laws than Argentina concerning abortion, there are yet limited legal exceptions for aborting the severely disabled, such as Tavarez’s nine-year-old child, named Jean “who is completely anencephalous.” Speaking of Jean’s survival, Tavarez said that “people cannot understand this miracle. The miracle is indisputable. He has grown and he is alive.”

Continuing, Tavarez said that “we know that we have in our midst a living miracle that we can see with our own eyes. This is what life is worth. This is what I want to tell LifeSite readers: this is what your prayer is worth, this is what your faith is worth, and with us you can continue to defend life. Jean is the symbol of life. Thank you, every one of you. May we continue in unity in order to build this bridge to take us to Heaven that gives us life.”

So far, donors have raised over $28,000 for the Bay Jesus Community’s campaign on LifeFunder.

And within one day of launching a LifeFunder for the legal defense of “RS,” the Polish man ordered by British courts to die by dehydration and starvation despite the objections of his biological family, pro-lifers have donated over £14,000.

The LifeFunder platform gives LifeSite’s family of readers the chance not only to learn about and assist pro-life and pro-family initiatives all over the world, but also suggest their own pro-life fundraising campaigns.