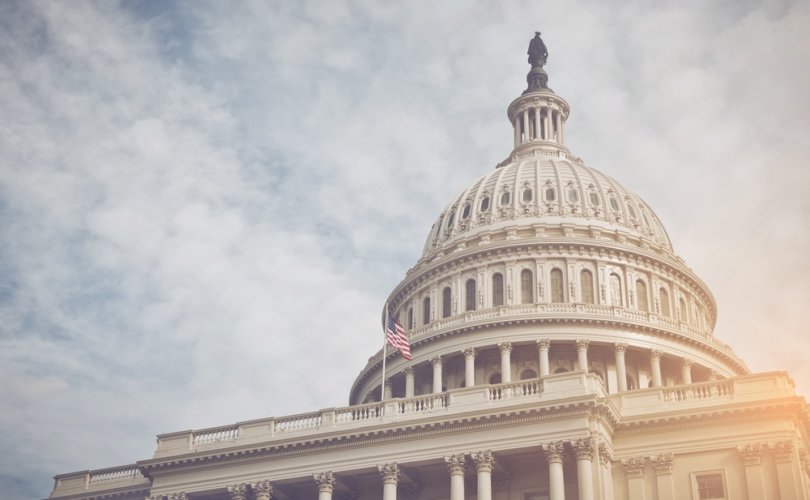 January 28, 2021 (LifeSiteNews) – LifeSiteNews has launched a petition to the U.S. Congress signaling support for the Hyde Amendment, which largely prohibits taxpayer funds from being used for abortions.

The petition also acts as a supporting voice to the 200 congressmen who signed a letter to the U.S. House and Senate, expressing their “unified opposition to Congressional Democrats’ efforts to repeal the Hyde Amendment and other current-law, pro-life appropriations provisions.”

The congressmen stated, “The Hyde Amendment alone has saved the lives of over 2 million innocent babies and continues to protect the conscience rights of a vast majority of Americans opposed to publicly funded abortions.”

Consequently, the 200 GOP members say that they “cannot allow the Hyde Amendment and other important pro-life safeguards to be decimated by Congressional Democrats.”

“Accordingly, we pledge to vote against any government funding bill that eliminates or weakens the Hyde Amendment or other current-law, pro-life appropriations provisions,” their letter continued.

While abortion is always and everywhere wrong, requiring ordinary Americans to put their taxes toward funding abortion is an additional evil.

But now, with the Democrats in charge of both Congress and the presidency, the Hyde Amendment is under severe attack.

That is why LifeSiteNews has launched the petition to oppose taxpayer-funded abortions so that you can tell congressmen of both political parties to support efforts to keep the Hyde Amendment in all federal budgets.

We, the undersigned, support the Hyde Amendment and your efforts to retain it.

Thank you for working to keep the federal government out of the business of funding abortion.

Americans overwhelmingly disagree with this Democratic proposed policy. A 2019 Politico/Morning Consult poll found that 49% of Americans agree with the Hyde Amendment, while only 33% oppose it.

Regardless of polls, though, abortion is always and everywhere wrong. And, no-one should be forced to pay for any abortion, ever, against their will.

Thank you for helping to ensure that American taxpayers are not forced to violate their consciences by paying for the taking of innocent human life.