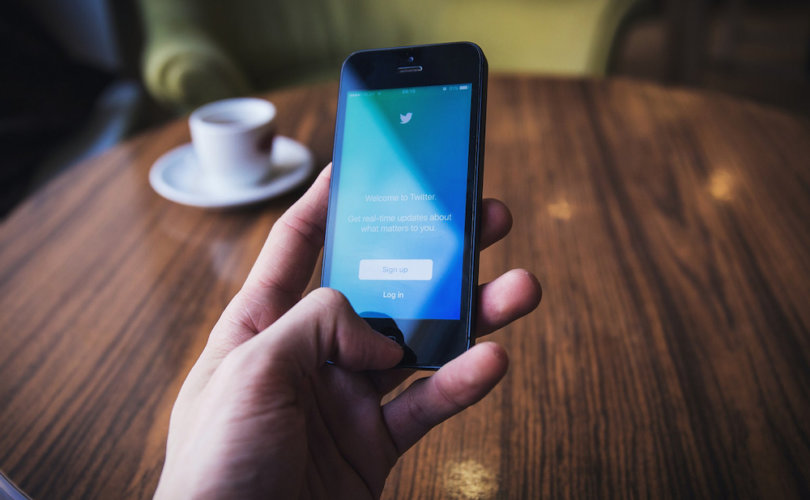 March 26, 2020 (LifeSiteNews) – LifeSiteNews co-founder and editor-in-chief John-Henry Westen and Media Research Center (MRC) president Brent Bozell are calling on Twitter to unlock LifeSite’s main Twitter account, which has been silenced for more than three months based on the demands of a radical transgender activist who objected to LifeSite’s scrutiny of his public actions.

Jonathan “Jessica” Yaniv is a man who “identifies” as a woman, and a Canadian transgender activist most recently in the news for admitting to possession of a prohibited weapon he brandished in a debate. Yaniv rose to infamy last year for filing 16 complaints against local beauticians who offer bikini waxes to actual women but have refused to wax his male genitals, then for seeking permission from the Township of Langley, British Columbia, for “LGBTQ2S” groups to hold topless-optional swimming parties for “all people aged 12+,” with parents and guardians barred from attending.

On December 5, 2019, LifeSite published a report titled, “Trans activist Jonathan ‘Jessica’ Yaniv ‘shocked…confused’ gynaecologist won’t see him.” LifeSite tweeted a link to the piece four days later, and subsequently received a notice that its account would be locked until the tweet was removed. (LifeSite’s sister account for Catholic stories remains active.)

LifeSite appealed the decision in December, only to receive a stock response: “Our support team has determined that a violation did take place, and therefore we will not overturn our decision.” It reiterated that the only way to restore the @LifeSite account would be to remove the offending tweet.

LifeSite submitted another appeal in February, eventually getting in touch with a Twitter representative who said they would need a case ticket number to escalate the matter further. In response, LifeSite both filed another standard appeal and a service ticket asking for the requisite number. To date, neither avenue has received a response.

On Thursday, Westen and Bozell co-signed an open letter to the social media giant, with copies sent to U.S. Attorney General William Barr and the U.S. House and Senate Judiciary Committees, as well.

“LifeSiteNews attempted to work with Twitter, but the process led nowhere,” the letter states. “When MRC attempted to assist LifeSiteNews in the appeals process, MRC was told by the D.C. Twitter representative that LifeSiteNews would need a ticket. However, despite LifeSiteNews’s repeated attempts, no ticket was provided to them. That gives the strong and disturbing impression that Twitter is not a neutral or objective platform.”

“There is a bigger problem,” Bozell and Westen continue. “While Twitter is deactivating the accounts of organizations that tell the truth about potentially dangerous sex offenders such as Yaniv, Twitter is simultaneously and knowingly allowing other entities that are engaging in illegal behavior, such as human sex trafficking to stay on the platform. This may fly directly in the face of FOSTA-SESTA which prohibits such activity.”

Twitter’s policies are notably more lax for those who lean closer to its ideology, including Yaniv himself.

“In July 2019, Yaniv tweeted that I have a ‘loose vagina’ from having a baby, but that he has a ‘tight pussy,’” said Lindsay Shepherd of Canada’s Justice Centre for Constitutional Freedoms (JCCF). “I replied that if Yaniv would like to sound like a woman, this is not the way to do it, as he was speaking like a male who hasn’t had a functional romantic relationship with a woman.”

“Yaniv then replied by mocking a reproductive abnormality I have called a septate uterus, a condition that increases the risk of miscarriage,” she continued. “I responded, ‘at least I have a uterus, you ugly fat man.’ I was permanently banned from Twitter the next day for ‘hateful conduct.’”

In the months since he entered the public sphere, Yaniv has also been accused of asking sexually-charged questions online about stripping in locker rooms to girls as young as 10. Earlier this month he pled guilty to one charge of possessing a prohibited weapon, stemming frorm an August incident in which he was seen brandishing and apparently firing a Taser during a heated livestreamed debate with American “transgender conservative” activist Blair White.

The letter explains that it has gone to the Justice Department and the relevant legislative committees “because our 67-member coalition, representing tens of millions of conservative Americans, was unable to get the attention and support of your Washington representatives.” MRC makes clear that it favors “working with social media companies in a constructive manner to address concerns about tech censorship,” but in this case has “been frustrated in our efforts to date.”