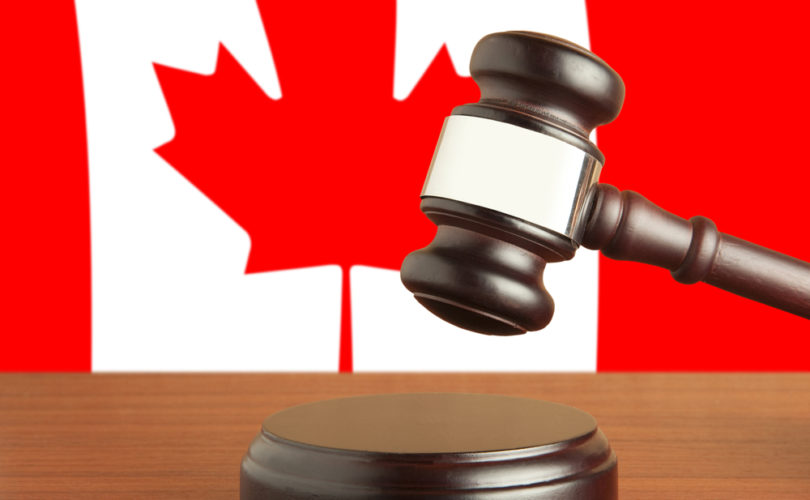 I’m not trying to alarm you, but we have just been threatened with another lawsuit – this time by Ontario’s Peel District School Board!

Earlier this year we reported on a conference hosted by a gay rights group, where two lesbian teachers from the board described in detail how they promote homosexuality and gay ‘marriage’ to students, starting in kindergarten.

One of these teachers even explained how she “hides” these pro-gay lessons in math class, so that when parents complain, she can claim she was simply teaching their children about “division”! (See our coverage in question here and here.)

Now the school board has accused us of making “hateful” comments, issued a “cease and desist” order, and has demanded removal of all “posting and images” of the two teachers or they will sue us.

Did you catch that? They are threatening us, to stop us from speaking and showing the truth!

We need your help to fight back against this legal intimidation.

But I’m not surprised they’re resorting to bully tactics to silence us.

The school board’s threats are obviously frivolous. After all, we merely reported what the teachers said at the conference, which was open to the public, using their own words!

And the images we used have been available to the public for some time on other websites, which we appropriately credited.

If parents were outraged by what they read on our website, the school board should look instead at what their teachers said, not our reporting.

But I’m not surprised they’re resorting to bully tactics to silence us.

Right now there is a battle raging for the rights of parents to protect the innocence of their children against graphic sex-ed in Canadian schools.

And with your help we are doing everything in our power to equip parents with the knowledge they need to fight back!

In Ontario, we have been equipping parents with the truth about Premier Wynne’s sex-ed program. And there are lots of upset parents out there. In fact, over 80,000 have signed our petition against the curriculum.

But instead of listening to the concerns of parents who’ve contacted them and addressing the inappropriate statements (and legally problematic actions) of these teachers, the Peel District School Board wants to silence the opposition with another frivolous lawsuit!

Unfortunately, as LifeSite has learned from hard experience, it can cost us huge amounts of time and money to fight back against even a blatantly groundless lawsuit.

The one time LifeSite was actually sued was by the late, self-professed “pro-choice” Quebec Catholic priest, Fr. Raymond Gravel.

He blamed us for the fact that the Vatican forced him to choose between a political career in Parliament (where he actually voted against a pro-life bill and supported giving Canada's highest civilian award to the country's most notorious abortionist), and acting as a priest.

Even though every lawyer we spoke to told us Fr. Gravel’s suit was completely baseless, we were still forced to spend four years, and over $200,000 in legal fees, defending ourselves, before the case ended!

Already, we are currently incurring legal fees associated with handling this current threat, which has been strongly responded to by our legal counsel, and we are hopeful it will not go further – but we cannot afford to be complacent.

But no matter how many threats like this we receive, now and in the future, with your help LifeSite will stand for truth and will not be intimidated.

We promise you that, whatever the cost, we will continue to report the truth on the battle for parental rights and the innocence of our children.

But that is why it is so critical now that we reach our minimum Summer Campaign goal of $200,000 by June 24. This goal is only enough to cover our basic operating expenses – not handle the costs of a potential lawsuit!

The Gravel lawsuit took its toll on us financially and emotionally, but with help from readers just like you, we prevailed.

You can also make a donation by phone or mail.

Right now, we need your support and your prayers. I hope we can count on your generous gift today to help us prepare for the worst.

The stories that sparked the lawsuit threat:

Lesbian teacher: I use math class to teach young kids about homosexuality so I can ‘hide’ it from parents