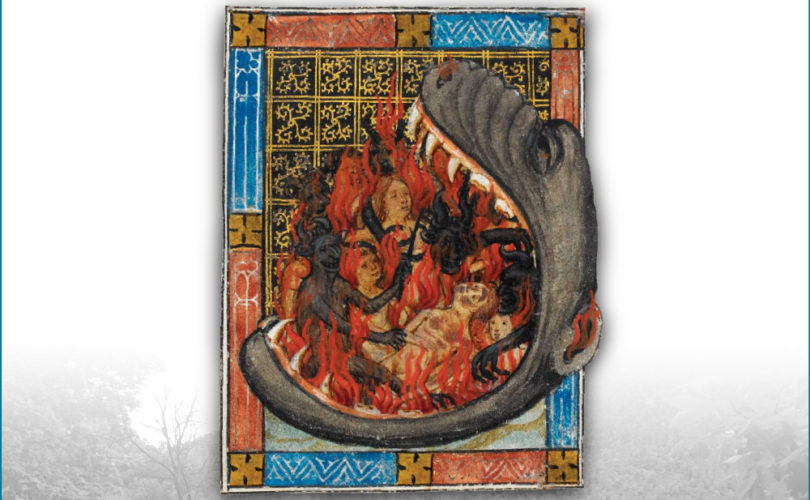 October 20, 2015 (LifeSiteNews) — The Book of Gomorrah, St. Peter Damian’s classic treatise against a plague of homosexuality in the Catholic priesthood during the eleventh century, has now been published with a new translation by LifeSiteNews reporter Matthew Cullinan Hoffman and a foreword by Cardinal Juan Sandoval Íñiguez.

The Book of Gomorrah and St. Peter Damian’s Struggle Against Ecclesiastical Corruption includes a complete translation of Damian’s Book of Gomorrah, as well as an extensive account of the saint’s battle against the terrible corruption in the Church of his day.  Damian fearlessly rebuked popes and bishops in his quest to restore the integrity of the Catholic priesthood and the morals of the faithful.  He also successfully confronted the German Emperor Henry IV to protect the sacrament of marriage and prevent him from receiving an easy annulment.

In the Book of Gomorrah, Damian warns Pope St. Leo IX that “the cancer of sodomitic impurity is creeping through the clerical order,” and decries the sexual abuse of “spiritual sons” by Catholic priests. He warns that all those habituated to homosexual behavior should be removed from the priesthood, and that the wrath of God is provoked against those who continue to offer the sacrifice of the Mass.

“Beware of inextinguishably inflaming the fury of God against you, lest by your prayers you more sharply provoke Him whom you patently offend by your evil acts,” writes Damian.

The Book of Gomorrah provides a stark contrast to those in today’s clergy who wish to treat the sin of sodomy as if it were a minor or trivial matter.

According to Damian, the evil of homosexual behavior “surpasses the savagery of all other vices,” and “is to be compared to no other. For this vice is the death of bodies, the destruction of souls, pollutes the flesh, extinguishes the light of the intellect, expels the Holy Spirit from the temple of the human heart, introduces the diabolical inciter of lust, throws into confusion, and removes the truth completely from the deceived mind.”

He notes that “whoever has soiled himself with the contamination of sodomitic disgrace … unless he is cleansed by the fulfillment of fruitful penance, can never have the grace of God, will never be worthy of the body and blood of Christ, and will never cross the threshold of the celestial homeland.”

Damian expresses profound sorrow for those who have fallen into sexual perversion, promising them that they can be liberated from their enslavement to sin by God, and restored spiritually if they repent and do penance.

Hoffman’s edition also includes a letter by Pope St. Leo IX praising the Book of Gomorrah in the highest terms. “Everything that this little book contains has been pleasing to our judgment, being as opposed to diabolical fire as is water,” writes Leo.

Cardinal Juan Sandoval Íñiguez writes that the book “brings us to the realization that a thousand years ago sexual vices were being practiced by various sons of the Church that lamentably are present today and have been the occasion of scandal, discredit, and apostasy.”

Oxford professor Joseph Shaw writes that “Hoffman has produced a highly readable translation of St Peter Damian’s most famous work, with a scholarly and helpful commentary placing it into its historical context. … Hoffman has done a great service to his readers in preparing this edition.”