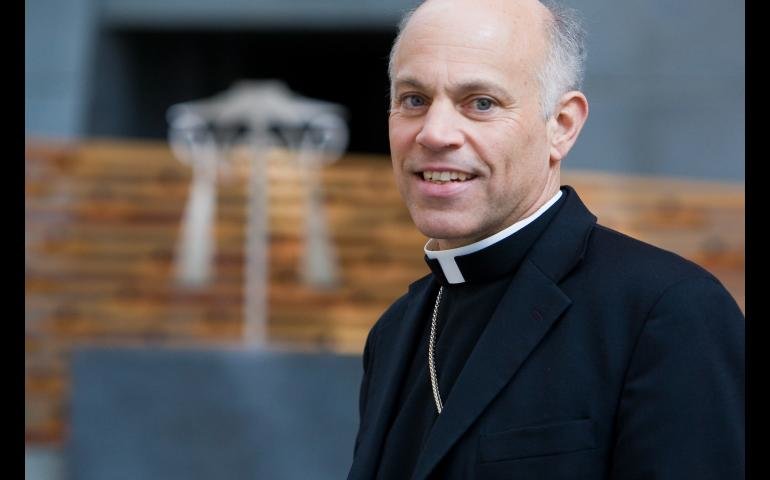 (LifeSiteNews) — A petition supporting Archbishop Salvatore Cordileone’s statement banning Nancy Pelosi from receiving Holy Communion soared past 12,000 signatures a week after its launch on May 21.

LifeSite Petitions launched the petition two days after the Archdiocese of San Francisco released a letter by Archbishop Cordileone notifying Pelosi that she should not be admitted to Holy Communion in accordance with Code of Canon Law 915. By Saturday, May 28, it had attracted over 12,000 signatories.

“You are not to present yourself for Holy Communion and, should you do so, you are not to be admitted to Holy Communion, until such time as you publicly repudiate your advocacy for the legitimacy of abortion and confess and receive absolution of this grave sin in the sacrament of Penance,” Cordileone wrote.

“Please know that I stand ready to continue our conversation at any time, and will continue to offer up prayer and fasting for you.”

Cordileone concluded his letter by asking the faithful of the archdiocese to pray for a conversion of the hearts of pro-abortion legislators and for the protection of human life at every stage.

The archbishop’s statement sent shockwaves across the political world with opposition coming principally from the mainstream media.

In a Monday episode of The View, co-host Whoopi Goldberg lashed out at Cordileone, saying: “This is not your job, dude… That is not up to you to make that decision.” She then made a flawed theological opinion on the purpose of Holy Communion, saying that “[i]t’s for sinners… it’s not the reward of saints, but the bread of sinners.”

Striking a similar reactionary tone, unnamed members of the San Francisco Examiner editorial board issued an op-edcalling on Pope Francis to remove Cordileone “and replace him with a leader who can unify rather than divide.”

As reported by LifeSiteNews’ Kennedy Hall, Goldberg’s comments are “disrespectful” and “idiotic.”

“Even if you do not believe Catholicism, it is obvious that a bishop would be in charge of Catholicism in his diocese,” said Kennedy Hall

“We understand that mayors have a certain jurisdiction over their towns, that managers manage stores, and that teachers lead classrooms,” he continued

“All of these positions entail a disciplinary element.”

LifeSiteNews previously reported that the description of the Holy Eucharist as the “bread of sinners” originates from a 2021 homily by Pope Francis. However, that title appears to have no basis in the Church’s bimillennial tradition. The Holy Eucharist can be received only by baptized Catholics who are in a state of grace, which is to say, not under the spiritual burden of serious, unconfessed, unrepented sins.

Although to this day there has been no statement from the Vatican about Cordileone’s letter to Pelosi, several US bishops have joined in support of the Archbishop of San Francisco, including Bishop Joseph Strickland of the Diocese of Tyler, Texas; Archbishop Joseph Naumann of Kansas City, Kansas; and more recently Bishop Michael Burbidge of the Diocese of Arlington, Virginia.

In an interview with EWTN News Weekly, Cordileone responded to critics by declaring that the “purpose” of his statement barring Nancy Pelosi from receiving Communion is “pastoral, not political.”

According to John Horvat II, author, scholar and vice president of the American Society for the Defense of Tradition, Family, and Property, the decision to bar Nancy Pelosi from Holy Communion was a surprise for many Catholics.

“The surprise announcement was as if some dark spell was finally broken,” said Horvat.

“For too long, evil has advanced because Church officials have adopted the Father-Martinesque farce of ‘building bridges’ with sin, which all Catholics must hate (as distinguished from sinners, whom Catholics should love and help bring back to faithfulness).”