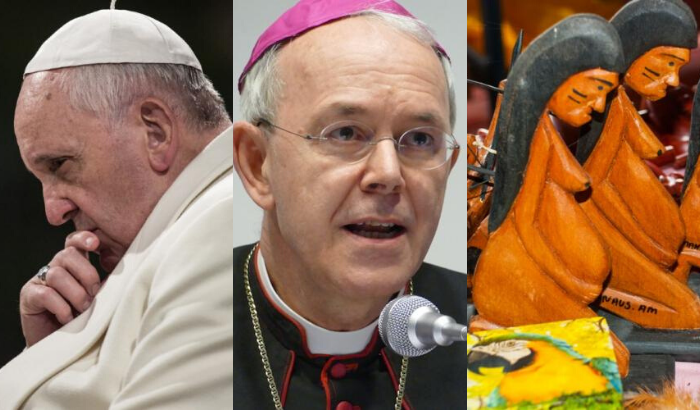 December 27, 2019 (LifeSiteNews) – Below is a list of the 10 most viewed Catholic stories published by LifeSite over the past year.  2019 was our biggest year ever, with traffic growth of over 50 percent. Thank you for supporting our pro-life, pro-family mission. We look forward to continuing the fight for the faith in 2020!

In June, Cardinal Raymond Burke and Bishop Athanasius Schneider, together with several other bishops, issued a public declaration of 40 truths that implicitly reference statements made by Pope Francis, while others relate to points of confusion that have arisen or intensified during the current pontificate. The eight-page document was written in a “spirit of fraternal charity” and to serve as a “concrete spiritual help” to Catholics.

Catholic high school student Nick Sandmann and his classmates became the target of false accusations of racism after a selectively edited video of them waiting for their bus after the 2019 March for Life was shared on social media. One of the leading outlets to smear Sandmann was the Washington Post. Sandmann filed a lawsuit accusing them of engaging in “unlawful and bullying conduct.”

It doesn’t seem possible, but there’s an actor in Hollywood who won’t kiss his co-stars, let alone participate in steamy scenes. Neal McDonough, 52, has worked on-screen since his television debut in 1991. A married father of five, he’s appeared in many televison shows. In an interview published in January, he said he was fired from a leading role becaue he wouldn't do a sex-scene with his co-star. “I won’t kiss any other woman because these lips are meant for one woman,” he said.

The Pachamama controversy played a huge role at this year's Amazon Synod. Vatican officials scrambled to explain what it was and why it was fine that Pope Francis sat by as indigenous persons prostrated themselves before it. After Alexander Tschugguel threw the pagan idol into the Tiber River, Pope Francis issued a stunning apology to those who were offended by its removal. Speaking to attendees at the Amazon Synod, he said he was sorry for what took place.

Bishop Schneider was one of the few prelates who spoke up after Pope Francis signed a document with an Islamic leader that declared religious pluralism is “willed by God.” In an interview with LifeSite, Schneider said the document was tantamount to “promoting the neglect of the first Commandment” and a “betrayal of the Gospel.”

Catholics who want the Church to uphold Canon Law were let down again this year after New York Governor Andrew Cuomo signed into law an extreme pro-abortion bill. Despite calls for Church officials to excommunicate and/or refuse him Communion for his actions, Cardinal Timothy Dolan of New York said he would do neither.

In February, Cardinal Gerhard Müller, the former head of the Vatican’s doctrinal office, released a Manifesto affirming Church teaching and clarifying points of doctrine after Pope Francis signed a document with an Islamic leader affirming religious pluralism is “willed by God.” In the manifesto, Müller does not mention the Pope but says that he was asked to make a public testimony of the truth “in the face of growing confusion about the doctrine of the Faith.”

One of the most viral moments of 2019 was the shocking footage of Pope Francis pulling his hand away from laity who wanted to kiss his ring while he visited the Holy House of Loreto. The episcopal ring symbolizes the unbreakable unity between the bishop and his spouse, the local Church. The World Over host Raymond Arroyo commented: “I think the Pope sees the ring kissing as an aggrandizement of his person and feels personally uncomfortable with the gesture.”

More than 90 prominent clergymen and scholars added their names to an open letter accusing Pope Francis of committing heresy. They called on the bishops of the Catholic Church to “take the steps necessary to deal with the grave situation” of a pope committing this crime. The authors base their charge of heresy on the manifold manifestations of Pope Francis' embrace of positions contrary to the faith.

During a general audience at the Vatican in January, Pope Francis condemned Catholics who go to church every day but “go on hating” their fellow men. He said it “is better” that they not go. “How many times have we witnessed the scandal of those who go to church and spend all day there or attend every day, and later go on hating others or speaking ill of people…It would be better to not go to church. Live like an atheist.” Pope Francis has been unstinting in his criticisms of some Catholics throughout his papacy, particularly conservative and traditional-minded ones who attend the Latin Mass.