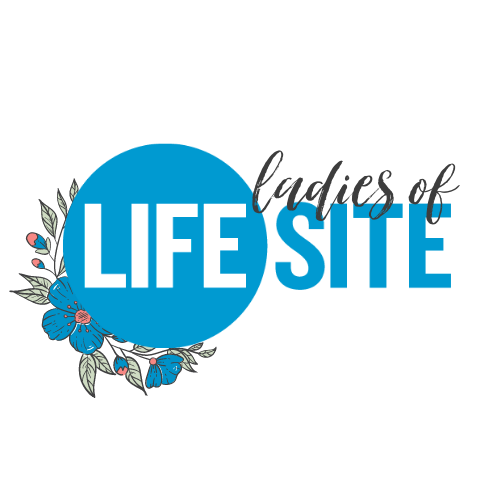 December 27, 2019 (LifeSiteNews) – Below is a list of the 10 most viewed stories published by LifeSite over the past year. Thank you for supporting our pro-life, pro-family mission. We look forward to continuing the fight for life, family, and culture in 2020!

A tragic shooting at a charter school in Colorado claimed the life of one student while leaving eight injured. One of the teenagers accused of the shooting was a gender-confused girl while the other had a history of anti-Trump and anti-Christian social media postings. While politics or gender issues may not have motivated the alleged shooters, it may have been a factor in why the mainstream press was slower to spread details about the story than they are for most mass shootings.

One of the victims of the transgender insanity is children. In February, an 18-year-old man in the UK who goes by the name “Katie” grabbed a 10-year-old girl by the face in a public bathroom. Shoving her into a stall, he demanded that she take off her pants. Fortunately, the girl fought back. The girl has continued to suffer flashbacks since the traumatic incident. The idea that you can be born in the wrong body is not only impossible but, as we are seeing more and more each day, it has dangerous consequences for those of us trying to raise our children by God’s teaching that we are created male and female. Clearly, this was one such occasion.

During a general audience at the Vatican in January, Pope Francis condemned Catholics who go to church every day but “go on hating” their fellow men. “It would be better to not go to church. Live like an atheist. If you go to church, then live like a son, like a brother…not a counter-witness.” The pope’s shocking remarks are sadly the norm for his pontificate. Francis has made a number of statements that leave many faithful Catholics shaking their head. He’s been especially critical of Catholics who are unwilling to go along with his novel innovations, particularly traditional-minded laity who attend the Latin Mass. Despite the pope’s comments, a growing number of Catholics seem to be increasingly devoted to their faith and willing defend it at all costs, even to the point of mockery from Bishops, Cardinals and the Pope himself

The James Younger story caught the attention of the entire country after LifeSite reporter Madeline Jacob reported on the trial from Texas. James is the son of Jeffrey Younger and his former wife, a family care doctor who wanted to have James transitioned to live as a girl named “Luna.” Madeline was at the courthouse when Judge Kim Cooks handed down her decision that James’ father would, thankfully, have a say on all medical decisions. However, Cooks locked Madeline out of the room for apparently having worked for LifeSite. It’s likely that Madeline's reporting affected the judge’s decision that prevented James from being chemically castrated by his left-wing mom.

The unjust treatment of David Daleiden and Sandra Merritt was a major story for us here at LifeSite this year. In September, we sent Lianne Laurence and Jim Hale to San Francisco to cover his court appearances. One of the shocking revelations made inside the court room was that of the CEO of StemExpress, a biomedical tissue procurement company that serves as a conduit for abortion giant Planned Parenthood. When asked if they supply fetal hearts to Stanford University, the CEO admitted, “Yes, we have provided heart tissue.” LifeSite remains committed to following Daleiden and Merritt as they continue to fight the abortion industry and its barbaric practices. If history is our guide, we can only expect to hear more shocking admissions like this in 2020.

In yet another instance of how coercive the transgender movement is, a 10-year-old girl and her male classmate were suspended from school for a week in July after asking their teacher permission to be excused from participating in a “Pride Month” LGBT lesson. The boy told their “visitor teacher” at a school in South London that he did not “accept LGBT” because of his Christian faith. LifeSite’s Paul Smeton delivered a petition of support signed by more than 33,000 people to the girl and boy at a reception in September. As Paul said in his speech before delivering the petition: “At that moment [when they resisted the LGBT indoctrination], they were in a sense on their own, but what this petition is all about is communicating the truth that Kasey and Farrell are not in fact alone — far from it.”

One of the amazing aspects of the James Younger story was the incredible amount of support it brought out among pro-family Christians. Not only did LifeSite’s petition gather more than 26,000 signatures, more than 211,000 people added their names to a petition calling on Texas Governor Greg Abbot to intervene in the case. Many other conservative politicians and commentators, including Texas Senator Ted Cruz and Matt Walsh, denounced the case as well, calling it “child abuse” and “horrifying.” It goes to show that Christians are not only willing but able to affectively influence politics for what’s right and true.

LifeSite journalist Doug Mainwaring went to Washington in May to report on an amazing event where former homosexual and transgender men and women proclaimed their freedom from their former lifestyle. About 200 men and women, mostly Millennials, participated in a “Freedom March” – a threefold increase from last year. Many of the marchers said that their freedom came after embracing Jesus Christ. Obviously, the establishment media would never cover something like this, seeing how it goes against their pro-LGBT agenda. We will not let stories like this go un-noticed. The truth, Christ said, sets us free.

Although we know that James Younger was saved from chemical castration, it wasn’t always clear that that was going to happen. The jury initially ruled that his mother would be able to continue “transitioning” him into “Luna,” and that she should have full authority to start him on puberty blockers and eventually cross-sex hormones. At the time, it was believed that James’ dad would be required to “affirm” him as a girl, despite his religious and moral objections. But again, thanks to LifeSite’s on the ground reporting on the case, James was protected and saved from being “transitioned” into a girl.