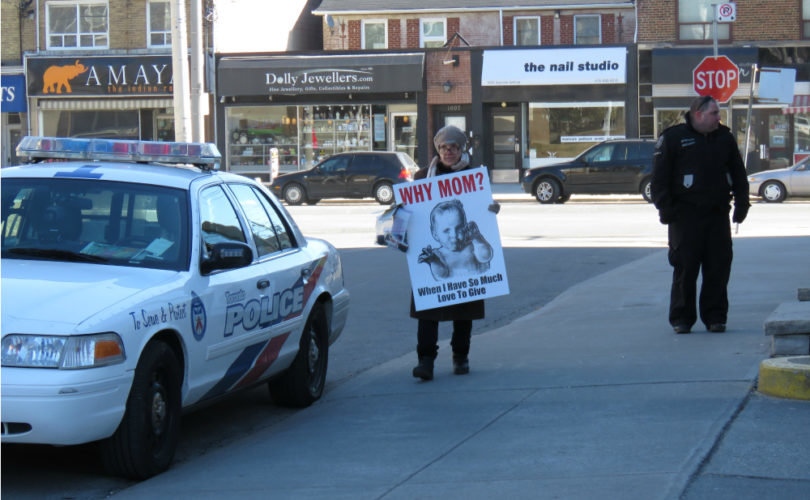 TORONTO, March 31, 2015 (LifeSiteNews.com) — Linda Gibbons will remain in jail another week, after her case was deferred today until April 7, 2015. The 67-year-old pro-life prisoner of conscience appeared at Toronto’s College Park courthouse March 31, where the Crown released disclosures of evidence to support its charge of disobeying a court order to a representative of her lawyer, Daniel Santoro.

Five supporters of Gibbons were present in the courtroom. Justice of the Peace Rhonda Roffey referred to them as “Miss Gibson’s fan club,” and spoke sharply when they stood up as Gibbons entered the courtroom in handcuffs and was ushered into the dock: “Sit down. Sit down!”

Gibbons elected to appear on April 7 via video camera from Milton’s Vanier Centre for Women, where she is now in custody. The hearing will begin at 9:00 a.m. in Room 505 at the College Park courthouse. According to Santoro’s representative, it is possible the charges will be dropped at that time.