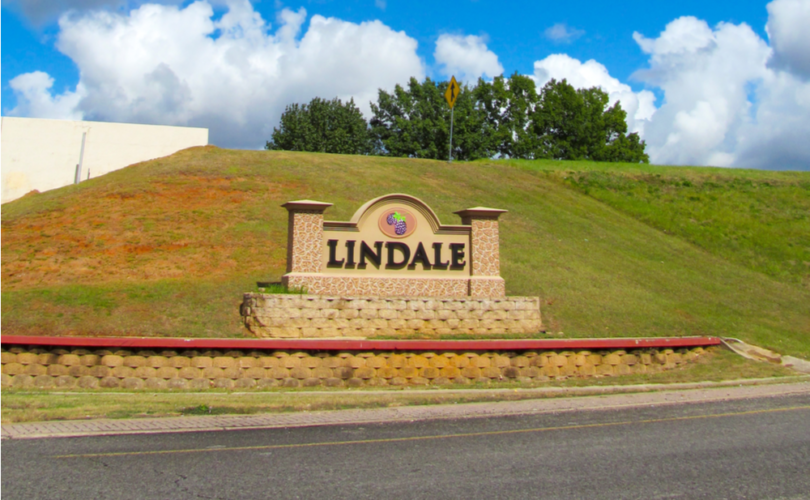 “Abortion at all times and at all stages of pregnancy is declared to be an act of murder unless the mother’s life is in danger,” states the ordinance, unanimously passed by Lindale City Council members after a three-hour public hearing in Picker’s Pavilion.

The ordinance, which makes Lindale the 42nd city in Texas to outlaw abortion, declares that anyone who “furnishes the means for procuring an abortion knowing the purpose intended,” or “who otherwise aids or abets an abortion performed in Texas, is a criminal and a felon” subject to prosecution by the relevant district attorney.

Along with those who perform or directly assist abortions, individuals who can be prosecuted under the ordinance include those knowingly provide transportation to an abortion, pay for an abortion, give instructions for a self-administered abortion, provide insurance coverage for abortion, or coerce a woman into having an abortion “against her will.”

However, the ordinance also states that “under no circumstance may the mother of the unborn child that has been aborted, or the pregnant woman who seeks to abort her unborn child, be subject to prosecution or penalty.”

According to the document, the citizens of Lindale are urged to report those guilty of performing or assisting an elective abortion to the appropriate district attorneys.

While possession of abortion-inducing drugs is now considered illegal by the city, it does not include “morning-after” pills, including “Plan B,” or any so-called “emergency contraception” under this definition.

A movement to pass such an ordinance failed in 2020, leading instead to a pro-life resolution that has no enforcement power. Mark Lee Dickson, founder of Sanctuary Cities of the Unborn, said residents were “shocked and disappointed” at the time, since the resolution alone was not what they had asked for and was not effective in preventing abortion, according to the Tyler Morning Telegraph

Mayor Jeff Daughtry said in 2020 that the council had stopped short of passing an ordinance at the time due to fear of legal repercussions.

“It scared all of us because the attorney was looking at it from the legal aspect of getting sued and what happened if we did do it –- and we’ve been criticized for not doing it,” Daughtry said.

Renewed efforts to make Lindale a sanctuary city for the unborn culminated in a citizen initiative petition to have an ordinance passed to that effect. According to government code, the city council can either adopt the proposed ordinance or vote on it once the petition meets the threshold of required signatures.

Dickson told CBS 19 that Lindale is the first city to outlaw abortion in response to a citizen petition.

Lindale was one of three cities to outlaw abortion last week in the United States, the others being Shallowater, Texas, and Pollock, Louisiana.

Ann Abraneti, a Lindale gynecologist, told the Tyler Morning Telegraph she was initially uncertain about expressing her opinion on the matter, but in her strong conviction about the rights of the unborn, she decided to support the ordinance.

“Our American society that is so focused on human rights, gender rights, racial rights and social justice refuses to acknowledge the basic right of the human in the womb,” Abraneti said.

“Coming generations are going to look at 21st century physicians who gave women medication to end life in the name of reproductive justice and will shake their heads at our ignorance,” she added. “We will look back at elected abortion and wonder as we do smoking, why did we so wholeheartedly embrace it?”