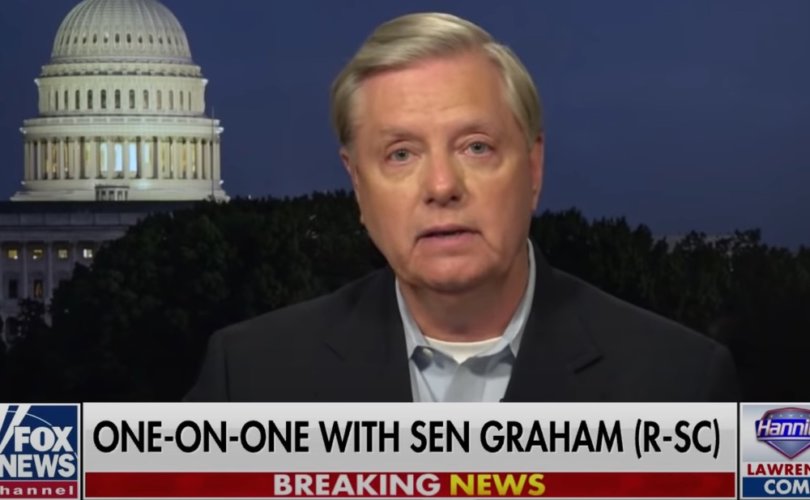 “I’ve seen this movie before, it's not gonna work, it didn’t work with Kavanaugh. We got the votes to confirm Justice Ginsburg's replacement before the election,” Graham told Sean Hannity of Fox News Monday. Ginsburg died September 18.

“We are going to move forward in the committee. We're going to report the nomination out of the committee to the floor of the United States Senate so we can vote before the election. That's the constitutional process, after Kavanaugh everything changed, with me they’re not going to intimidate me, Mitch McConnell, [or] anybody else.”

Graham was very critical of the Democrats’ unsuccessful attempts to block Supreme Court Justice Brett Kavanaugh’s nomination to the court back in 2017.

Graham told Hannity that he is confident that “every Republican in the Judiciary Committee” will approve and “be proud” of Trump’s nominee.

“We’re going to have a process that you will be proud of. The nominee is going to be supported by every Republican in the Judiciary Committee,” Graham told Hannity.

“And we’ve got the votes to confirm the judge, the justice on the floor of the Senate, before the election and that’s what’s coming.”

Democrats have been extremely vocal in opposition to Trump nominating a Supreme Court Justice before the November elections. Trump said he will announce his nominee this Saturday.

I will be announcing my Supreme Court Nominee on Saturday, at the White House! Exact time TBA.