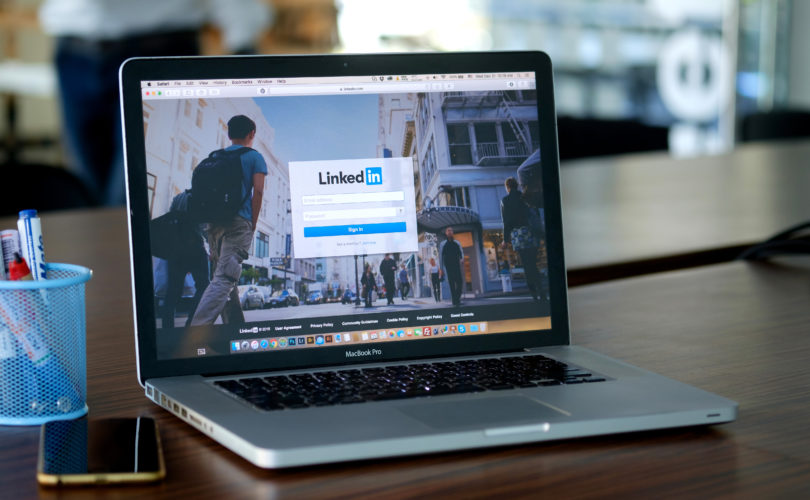 Last week, Dr. Robert Malone, M.D., M.S., saw his LinkedIn account deleted after he warned that the technology he discovered, which is used in at least two of the major COVID-19 vaccines on the market, carries risks of heart inflammation and autoimmune reactions, particularly in young people.

Malone’s warnings came as the U.S. Food and Drug Administration (FDA) recently announced it would add a warning to the fact sheets for the Pfizer/BioNTech and Moderna mRNA COVID-19 vaccines due to unexpectedly high rates of heart inflammation connected with the vaccine, particularly among teen boys and young men.

Despite Malone’s intimate knowledge of mRNA technology and the FDA’s recent admission that cases of heart inflammation have been linked to the mRNA vaccines, the Microsoft-owned professional networking site opted to remove Malone’s account, scrubbing all of his posts.

In a Twitter thread Wednesday, Malone called LinkedIn’s actions “arbitrary and capricious,” adding that the removal of the account damaged his business and that he “deserve(s) to be compensated.”

“The historic record of what I have done, stated, figured out (and when) etc. over time is a key part of establishing my credibility and track record as a professional,” Malone added. “And that has been erased completely and arbitrarily without warning or explanation.”

According to The Epoch Times, a representative from LinkedIn later told the mRNA inventor that he had violated LinkedIn’s user agreement by posting “misleading or inaccurate information” about vaccines and COVID-19.

But all was not lost, according to a report by TrialSiteNews published yesterday.

“LinkedIn recently stepped up and reactivated a prominent member’s account, Dr. Robert Malone,” TrialSite reported. “(T)hanks again to ethical management at (LinkedIn), plus a contribution from a well-connected colleague, the social network not only reinstated Malone but issued an apology.”

Malone’s LinkedIn page was active at the time of this writing.

“Compared to some of the censorship-experienced platforms such as Facebook and YouTube, not to mention Twitter, the move by LinkedIn is a breath of fresh air,” TrialSite said.

Dr. Malone is an internationally recognized scientist in the fields of virology, immunology and molecular biology. He discovered in-vitro and in-vivo RNA transfection and invented mRNA vaccines while working at the Salk Institute in 1988, writing the patent disclosures for mRNA vaccines in 1988 and 1989.

Malone has gained notoriety for publicly questioning the narrative about the safety and efficacy of COVID-19 mRNA vaccines, most recently raising concern about evidence suggesting the vaccines may cause increased uterine bleeding in women.

On June 23, Malone told Fox News’ Tucker Carlson that he was concerned “the government is not being transparent with us” about the risks of adverse reactions from mRNA vaccines.

“I am of the opinion that people have the right to decide whether to accept vaccines or not,” Malone said, “especially since these are experimental vaccines.”

Though LinkedIn has reinstated Malone’s account, it was not the only website to attempt to silence his views.

As reported by LifeSite’s Michael Haynes, an archived version of the RNA vaccines page on Wikipedia from June 14 lists Malone as the creator and initial researcher of the technology. On June 16, the page had been scrubbed of all references to Malone, attributing the discovery of mRNA technology vaguely to “researchers at the Salk Institute, the University of California, San Diego, and Vical.”

As of the time of Haynes’ report, the Wikipedia page had been updated yet again, giving primary credit for the discovery to Jon Wolff, one of Malone’s collaborators in 1990.

The current Wikipedia page also pays homage to Katalin Karikó, whom it calls “a scientist behind a key discovery in the development of mRNA vaccines.”

Karikó, an outspoken proponent of the experimental injections, has been the senior vice president at BioNTech RNA Pharmaceuticals since 2013. BioNTech has partnered with Pfizer to develop, produce, and distribute the COVID-19 mRNA shots.

TrialSite noted that while LinkedIn’s reinstatement of Dr. Malone’s account on its platform is good news, not everyone may be as fortunate as the doctor.

“(W)hat about so many other people that fall into this social network filtering process — the undoubtedly hundreds if not thousands of others that are simply making well-intentioned dissenting positions?” asked TrialSite.

“They shouldn’t be censored and removed from their social media accounts. Nor should the government be telling social media companies what terms are misinformation.”

1
WATCH LIVE: LifeSite’s 25th Anniversary Gala – streaming now
2
Dr. Robert Malone: Endless mRNA jabs are in the works as the CDC and FDA play ‘hide the data’
3
New video highlights Canadian cricket farm amid ongoing push to switch out beef for bugs
4
Open letter to Elizabeth Warren: Why do you campaign so strongly for the murder of the unborn?
5
Boston Children’s Hospital under fire after publishing video pushing ‘trans’ hysterectomies
Subscribe to Daily Headlines »