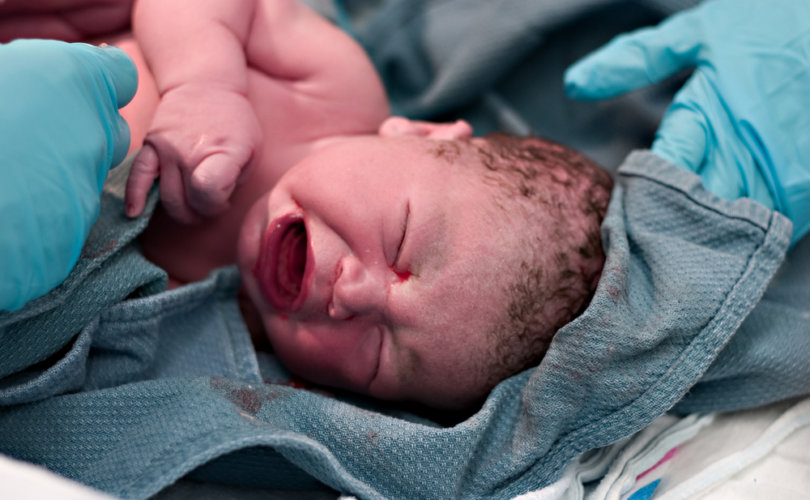 PHOENIX, May 23, 2016 (LifeSiteNews) – Chilling new audio has been released from inside a Phoenix abortion facility indicating that a baby was, in fact, born alive during a botched abortion earlier this year.

“The fetus is breathing,” an abortion facility worker tells 911.

A local television station has obtained a recording of the emergency call, which was placed inside the Family Planning Associates Medical Group two months ago, stirring anew the controversy over late-term abortions and the care of potentially viable newborns.

According to police records, a 27-year-old mother of five began the abortion process on February 25 by taking an abortifacient pill. When she arrived to complete the abortion, police records say she went into “spontaneous labor.”

The baby, whom abortionist Eleanor Stanley measured at between 21.5 and 23.5 weeks, was born in the office. Dr. Stanley said the baby had no heartbeat.

But when an office worker placed the baby on the scale to weigh the “remains,” she screamed, “Oh my God, this fetus is moving!”

That abortion worker can be heard calling 911 for assistance in newly released audio.

“We are a termination clinic. There was a termination that was performed,” she said in the phone call, recorded on February 26. “There is a fetus that is breathing right now, so we need someone to do services.”

“The fetus is breathing, so we need care for it now,” she continued.

The emergency dispatcher asked if the newborn had been subjected to a partial abortion, and the abortionist said the child had not been harmed. However, the child needed medical care at once.

“We can't provide that care, except for oxygen, and we're trying to keep the fetus stable until someone arrives,” she said.

Kat Sabine, the executive director of NARAL Pro-Choice America's state chapter, defended the abortion facility's actions in an interview with KPNX-TV in April.

“Nobody did anything wrong,” she said, chuckling on camera.

The pro-life movement, she said, “really pushed to make this a bigger story than it needed to be.”

However, Congress may have a different assessment of the born alive infant controversy. The House Select Panel on Infant Lives issued a subpoena for late-term abortionist Dr. LeRoy Carhart this month on numerous issues, requiring in part that he turn over all “procedures…including any training provided to staff on how to care for an infant born alive.”

Both his abortion facility and the one in Phoenix have a history of saying they will deny newborn infants potentially life-saving medical treatment.

Live Action released footage of employees at the same abortion facility – Family Planning Associates Medical Group located at 1331 North Seventh Street in Phoenix – saying they would not help a child born alive during a botched abortion.

The abortionist they interviewed, Laura Mercer, told the undercover investigator not to call 911 in the event of a potential complication, because “they would intervene and do all kinds of crazy things that you don’t need to have done to you.”

The potential for an abortion to produce a live, pre-term baby is so well-attested that abortionists once dubbed it “the dreaded complication.”

As medical science allows babies to survive at an ever-younger age, the possibility of an abortionist allowing a viable infant to die outside the womb increases.

The Supreme Court's Roe v. Wade decision set fetal viability at 28 weeks, but this was later revised to 24 weeks in the Casey v. Planned Parenthood ruling nearly two decades later. That ruling was handed down 24 years ago.

A study published last May by the New England Journal of Medicine found a surprising number of babies born at 22 weeks were able to live without outside assistance. Dr. Edward Bell of the University of Iowa said he believes 22 weeks should be the new standard of viability.

Arizona attempted to restrict abortions at 20 weeks, a date that would protect not only viable children but also those capable of feeling pain.

Then-Governor Jan Brewer signed H.B. 2036, “The Mother’s Health and Safety Act,” in 2012. However, the Ninth Circuit Court of Appeals granted an injunction blocking the law's enforcement. The Supreme Court refused to hear the state's appeal in 2014.

Arizona police investigating reports of baby born alive at abortion mill
Abortion worker caught on video: if baby is born alive 'they do not resuscitate'