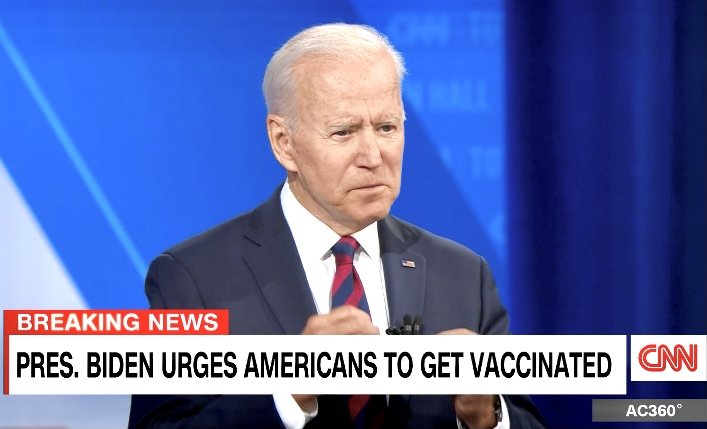 WASHINGTON, D.C. (LifeSiteNews) – With President Joe Biden’s several COVID-19 vaccine mandates held up in court, White House audio leaked this fall reminds Americans that the administration was always less certain about the constitutionality of its actions than it let on in public.

In September, Biden announced that he was directing the U.S. Department of Labor’s Occupational Safety & Health Administration (OSHA) to draft a rule to “require all employers with 100 or more employees to ensure their workforce is fully vaccinated or require any workers who remain unvaccinated to produce a negative test result on at least a weekly basis before coming to work,” as well as a mandate for around 17 million healthcare workers at medical facilities that receive Medicare and Medicaid funding and one for federal contractors which accounts for roughly a fifth of the U.S. labor market. The health worker and contractor mandates contain no testing option.

All three provoked numerous lawsuits alleging that the mandates exceed the president’s lawful authority and infringe on the rights of Americans, leading to all three mandates currently being blocked by federal courts.

While publicly the federal government says it remains “confident” in its authority to force Americans to inject themselves with new vaccines, audio obtained in October by Human Events senior editor Jack Posobiec of Biden Justice Department attorney Martin Lederman paints a different picture.

Regarding objections rooted in the fact that the Pfizer, Moderna, and Johnson & Johnson COVID shots were developed and/or tested with the use of fetal cells from aborted babies, Lederman privately admits that it “will be very difficult for agencies to successfully claim that’s either insincere or not religious, even if it is.

“Even if we know that many of those claims are not sincere, or are sincere but not religions, this is the most common behavior you’re going to confront probably, and it’s likely that you will have to take as a given the employee’s claim,” he continued. “One response that some hospitals have started to give is, ‘well, do you know that Tylenol, and Tums, and Preparation H, those were all tested using aborted fetal cell lines, too.’ And I expect that employees will then say, ‘Well, I didn’t know that, but now that you tell me that and I’ll stop using those products as well.’”

To overcome that, Lederman says, the government will have to show there is a “compelling interest” in “keeping our workforce and the public with which we interact safe from COVID.” But widespread dissemination of the vaccines has failed to end the pandemic so far, severely undermining that “compelling interest.”

The federal government considers more than 197 million Americans (59% of the eligible) to be “fully vaccinated” (a moving target given the vaccines’ temporary nature), yet data from Johns Hopkins University reported in October shows that more Americans died of COVID-19 in 2021 (353,000) than in all of 2020 (352,000).

While some in the Biden administration may privately concede the weakness of their legal position, the U.S. Supreme Court delivered a stark reminder Monday that legal merit is not the only consideration behind its decisions, by voting 6-3, without explanation, not to block New York’s state-level COVID vaccine mandate for health care workers regardless of religious objections.