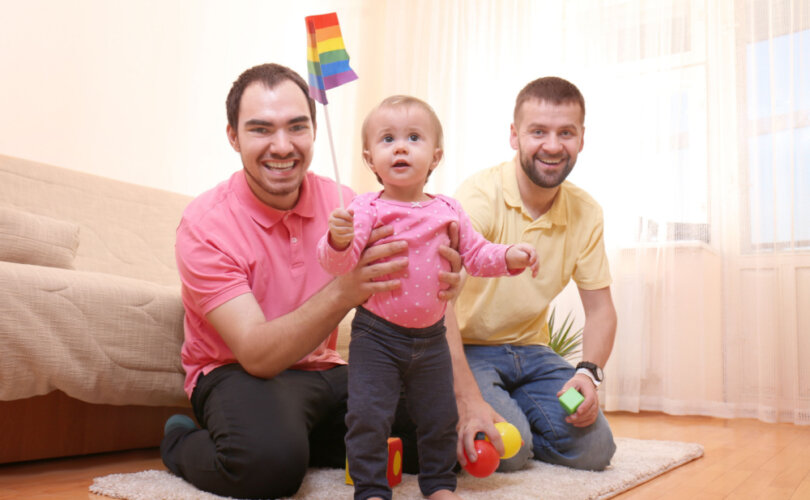 (LifeSiteNews) — The traditionally Republican state of Idaho is becoming a launching pad for LGBT activists to push gender theory and wokeism, The Idaho Tribune is reporting.

The conservative blog just released evidence that the Idaho Department of Health and Welfare is mandating “sexual orientation” training for citizens wishing to become foster parents.

“If we have a child or youth who identifies as LGBTQIA+ … then we would want the foster parent to support that,” an employee of the department told the Tribune recently.

“And if that’s not something that an individual feels that they can do, then perhaps being a foster parent isn’t the right choice for them.”

We called the Idaho Department of Health and Welfare to ask why training on “Gender Identity” and “Sexual Orientation” is MANDATORY for people wishing to become Foster Parents.

The Tribune has also published photographs of the workbook the state uses to instruct Idahoans wanting to become foster parents or adopt. Included in the workbook are dozens of references to woke terminology — “gender fluid,” “same-gender loving,” “pansexual,” “cultural humility,” and the like. A course titled “Sexual Development & Identity” is also included on the department’s website.

“This training, combined with the statements made by an Idaho Department of Health and Welfare employee is essentially a form of state-enforced homosexuality,” the Tribune’s editor told LifeSite Monday. “This is all a part of a wider assault on the traditional family, which is the most basic building block of society.”

A conservative activist in the state who wished to remain anonymous told LifeSite they’re appalled by the department’s embrace of the LGBT agenda.

“Allowing homosexuals and other sexual deviants to adopt or participate in the foster system is a mistake. Frankly, I believe it amounts to human trafficking. And to find that in Idaho, they are not only rejecting normal Christians with traditional sensibilities, but actively seeking out people who believe in this gender stuff. I was absolutely stunned,” the person said.

The person directed LifeSite to a video the department previously released that instructs foster care parents to affirm the sexual identity of the youth they serve. You can watch that video below.

Further evidence of LGBT intrusion into the Gem State can be found in an investigative report published by the Idaho Freedom Foundation. On January 17, staffers Anna Miller and Scott Yenor reported that the Department of Health and Welfare approved a graphic sex-ed video produced by Trojan Condoms for grade school students. The video was endorsed by Planned Parenthood and was shown to eighth graders attending multiple schools from 2018 until 2020.

“This is the sort of degeneracy today’s liberals are promoting to our children,” LifeSite’s anonymous source stated. “This is the work of the devil and totally unacceptable in our Christian country. We must fight back against this Satanic attack.”

According to Idaho’s own statistics, there are 1,500 children in the state’s foster care system. The pro-LGBT Family Equity Council reported in 2019 that 24,000 homosexual couples are currently raising adopted children across the U.S. The group says there are also 3,300 same-sex couples in America raising children in foster care.

A bombshell investigation by conservative website Townhall this week found that a homosexual “married” couple from Georgia raped their pre-pubescent adopted boys and prostituted them out to pedophiles. The pair, two men in their 30s, was indicted on charges of incest, aggravated sodomy, child molestation, and other sexually explicit crimes in August 2022.

A 2016 study by sociologist Rev. Paul Sullins found that by age 28, children raised by same-sex couples are “at twice the risk of depression” than those raised by opposite-sex parents. It also found there was an “elevated risk” of parental abuse in LGBT households. Other studies – as well as anecdotal testimony from children raised in homosexual environments – indicate children are more or less groomed into the deviant lifestyles of their lesbian, transgender, or gay parents.