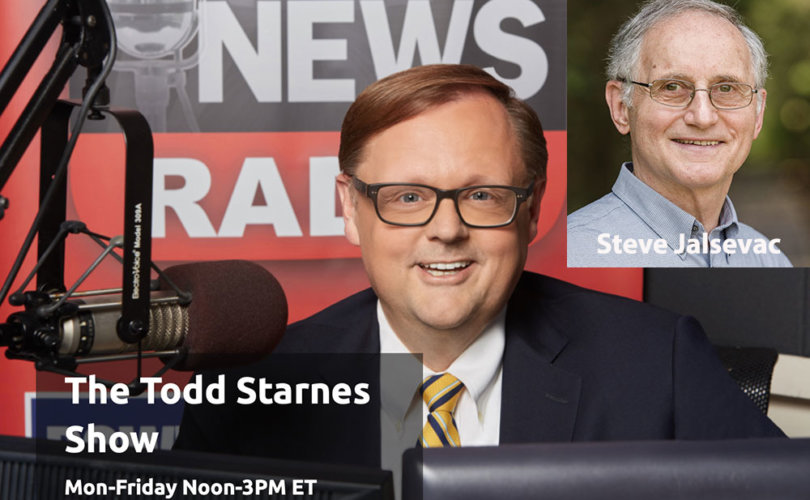 Last week, LifeSiteNews received a 12-hour “suspension of services” notice from our web-hosting company, stating the website would be taken down in response to complaints by Flanders, who is also registered as a sex offender in California and Maine for an incident involving a boy aged 14 or 15.

Flanders claimed that LifeSite “has been implicated in a violent hate crime against a gay man and Catholic church,” and that we “instigated property damage and a physical assault,” charges LifeSiteNews rejects as absurd. We received no forewarning of any kind about the company’s decision.

LifeSite’s web developer worked tirelessly to implement a temporary solution to keep our website online, and on Wednesday Steve Jalsevac gave Todd Starnes’ audience an update on the situation.

“Thankfully we have a webmaster who’s a real genius and got us into another hosting company in several hours,” Jalsevac told Starnes. “But now we’re being attacked at our new company as well by the same individual…we reported on him and we show his photograph, the mugshot from prison, and he says he has a copyright to that mugshot, which is absolutely ridiculous.”

“This guy Adam Flanders, CBN reports he’s a registered sex offender in Maine and California, in 2008 pleaded guilty to the sexual abuse of young boys,” Starnes noted. “Why is he coming after you guys?”

“He doesn’t want anyone to have the freedom to report on anything he’s done or any of his past errors and crimes, and what he’s doing is shutting down other companies and organizations,” Jalsevac explained. “He’s very skillful at intimidation. He even threatens lawyers, it’s unbelievable, threatens that he’s gonna have their license removed. He sounds like he’s a lot more official and competent than he really is.”

Flanders has repeatedly threatened LifeSiteNews before, and undertook this latest effort in apparent retaliation for LifeSiteNews recently covering his attempts to shut down the websites of Americans For Truth About Homosexuality, MassResistance, and more.

LifeSiteNews is currently working with the pro-life public interest firm Thomas More Society to consider its legal options, Jalsevac revealed. He noted that LifeSiteNews is blessed with size, past experiences, and talented staff to help defend against such attacks and keep functioning, but the danger has not yet passed. “It still is nerve-wracking, it’s stressful, and it’s expensive what we’re being put through right now.”

Starnes offered to support LifeSiteNews, which he praised for doing “terrific work,” by keeping his audience informed of the case and encouraging them to donate to LifeSite. “This is just unacceptable.”

“It’s totally unacceptable,” Jalsevac agreed. “It’s freedom of the speech, freedom of the press, and some people just don’t like to have that freedom be available in America anymore.”

LifeSiteNews’ co-founder ended the interview on an optimistic note, predicting greater success than others have fared in the past in fighting back and educating web hosting companies about the nature of such attacks. “We’re prepared now for whatever’s to come,” Jalsevac said.

LifeSite is committed to continue reporting on Flanders and the entire anti-freedom homosexual lobby.

Please donate now to help us fight this attack on free speech.

We also urge you to pray this issue is resolved quickly and smoothly.