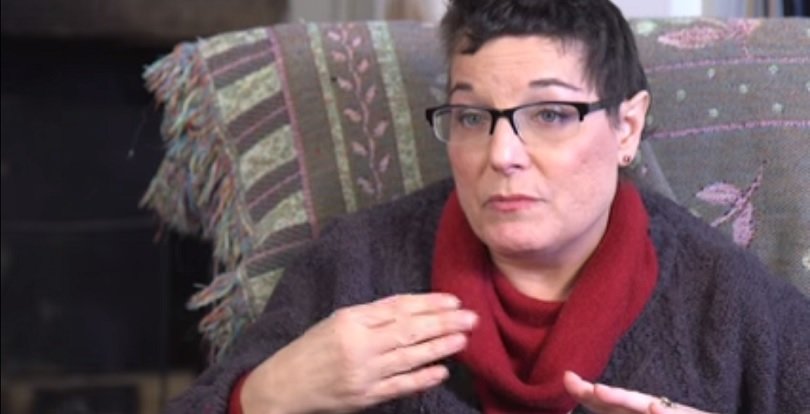 April 24, 2015 (LifeSiteNews.com) – One year ago, Maggie Karner was diagnosed with the same cancer that led Brittany Maynard to infamously and publicly take her own life. Unlike Maynard, however, the middle-aged mother of three has decided that making her last months on Earth more beneficial for herself and others is better than ending things early.

It was for this reason that Karner publicly spoke out against Maynard's celebrity-style assisted suicide late last year, telling CNN that “I’ve become something that I never imagined I would become. Not to my detriment, but I think – I’m hoping that I’m becoming a richer, deeper, more appreciative person with compassion for other people. And I’ve been soaking up the love of my family and friends around me.”

Now Karner, in partnership with the USCCB's Secretariat on Pro-Life Activities and the Patients Rights Action Fund, has spoken out against assisted suicide in a viral video that went online two weeks ago.

“It takes a long time to come to terms with a disease, especially terminal illness,” Karner said in the video. “And then you start thinking, 'Okay, this is the new me, this is the new normal, and I can still appreciate every moment.'”

Karner described how her father's final months of life, as a quadriplegic due to an accident, have helped inspire her own new journey.

“That was a really rough transition for him, and all of us were just heartbroken,” she says. “Initially, our attention to him, and our willingness to be with him all the time, I think was hard for him, because there was nothing he could do in return. But I think he settled into it very gracefully, and he realized the value of the words that were being spoken. And we learned a lot. It was a gift that our dad gave to us.”

“Death sucks,” Karner wrote last fall in an essay for The Federalist. However, “as a Christian with a Savior who loves me dearly and who has redeemed me from a dying world, I have a higher calling. God wants me to be comfortable in my dependence on Him and others, to live with Him in peace and comfort no matter what comes my way. As for my cancer journey, circumstances out of my control are not the worst thing that can happen to me.”

“The worst thing would be losing faith, refusing to trust in God’s purpose in my life and trying to grab that control myself.”

In the video, Karner says her father “gave us a legacy” that included “show[ing] me how to die with grace and dignity.”

“Interviewing Maggie Karner was a humbling experience for me,” said Deirdre McQuade, assistant director for pro-life communications at the USCCB's Pro-Life Secretariat, who interviewed Karner for the video. “She and her family have such a powerful story to tell – a story of courage in the face of the unknown. Inspired by her dad, who learned to accept the assistance of others at the end of his life, Maggie’s now passing that legacy of dignity on to her own daughters.”

“Nearly 40,000 people have already viewed her story,” McQuade said. “May they and their families be inspired to make life-affirming choices, too!”

Opponents of assisted-suicide laws and measures can sign a petition sponsored by the Patients Rights Action Fund here.

‘My little body has grown tired’: Terminally ill blogger who reached out to Brittany Maynard passes away

Judgementalism and moralizing in response to Brittany Maynard’s suicide