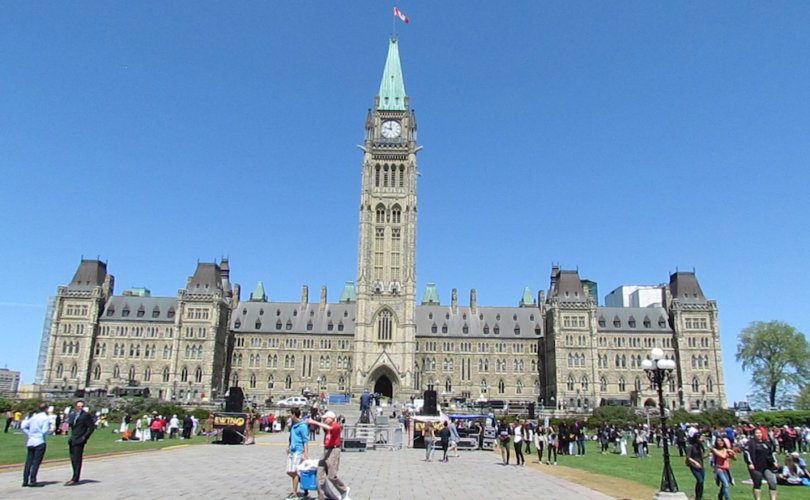 OTTAWA, May 9, 2016 (LifeSiteNews) — Anti-euthanasia activists are urging Canadians to step-up their lobbying efforts against the Liberal government’s controversial euthanasia bill as it is examined in committee.

That means contacting not only their own MPs, but members of the House of Common justice committee.

And perhaps most importantly, it means contacting members of the Senate legal and constitutional committee, says Alex Schadenberg, executive director of the Euthanasia Prevention Coalition.

Both the Senate and House committees can amend the bill, but according to Schadenberg, “a lot of members of Parliament  have indicated that the euthanasia lobby has been very busy sending them letters.”

“We have a democratic process, whether it’s perfect or not,” he told LifeSiteNews. “The fact is, achieving political movement requires all of our supporters to send letters to members of Parliament and senators.”

While contacting MPs is vital, at this point “writing to the senators is incredibly important, because they don’t have the same type of political pressure on them as members of Parliament do,” he told LifeSiteNews.

Bill C-14 passed second reading vote by an overwhelming margin of 235 to 75 on May 4 after the Liberals introduced a “guillotine” measure to shut down debate.

Justice Minister Jody Wilson-Raybould claimed the move was necessary to meet the June 6 deadline, after which the Supreme Court’s February 2015 Carter decision striking down the criminal ban on assisted suicide and euthanasia takes effect.

And because of the deadline, both House and Senate committees began hearing evidence on amendments to C-14 last week.

Now the Liberal-dominated House justice committee is looking to finish its clause-by-clause study —  including amending the bill — by Wednesday, May 11.

That could change if there is extended debate on amendments to the bill, which Schadenberg has excoriated as so poorly written and substantially flawed that it provides “perfect cover for murder.”

Once the justice committee clears the bill, it goes back to the House for third reading and vote, then to the Senate.

According to the Senate website, of the 105 sitting senators, 42 are Conservative, 23 Liberal and 22 are Independents.

But those identified as Liberal are not part of Prime Minister Justin Trudeau’s caucus. He tossed them out in January 2014, at the time explaining his move as a step toward establishing a nonpartisan Senate.

“They are free to go,” he said. “Especially since Trudeau freed them up.”

The Senate “can suggest amendments to the legislation at the committee stage or at third reading,” noted Jennifer Harnden, director of policy for Conservative Senator Don Plett.

If the House refuses to accept any or all of those amendments, the bill goes back to the Senate.

Senators must then decide if they will “insist on some or all of the amendments, or whether it’s in the public’s best interest” to compromise, Harnden explained.

“There could be a number of messages back and forth between the Houses, and could theoretically, carry on indefinitely,” she said, because a bill cannot pass “until both Houses of Parliament agree on the precise text of the proposed legislation.”

But the Senate also faces the June 6 deadline pressure.

Schadenberg, however, argues that if Parliament doesn’t pass a bill by then, there will not be a legislative void, as many warn.

He says the Supreme Court’s Carter decision will stand, as will its January 2016 ruling that individuals outside Quebec can petition their provincial courts for approval for assisted suicide or euthanasia.

Campaign Life Coalition and Canada’s Catholic bishops have also urgently called on Canadians to mobilize against the bill and the coming euthanasia regime.

Meanwhile, about 46 groups and individuals appeared before the House justice committee to suggest amendments to Bill C-14, including the EPC, the Justice Centre for Constitutional Change, and the Association for Reformed Political Action.

And Toronto’s Cardinal Thomas Collins and Larry Worthen of the Coalition for HealthCare and Conscience were among those asking that the bill explicitly protect the conscience rights of health care professionals and institutions.

Many groups, including the EPC, will also testify before the Senate legal committee, which continues to hear evidence on Bill  C-14 this week.

One thing is quite clear already, as Senator Plett noted during the May 4 Senate committee’s pre-study hearings. “I agree with what one of our colleagues said at the break,” he said. “There has probably never been a bill that so many people have disagreed with for so many different reasons.”

House of Commons Standing Committee on Justice and Human Rights