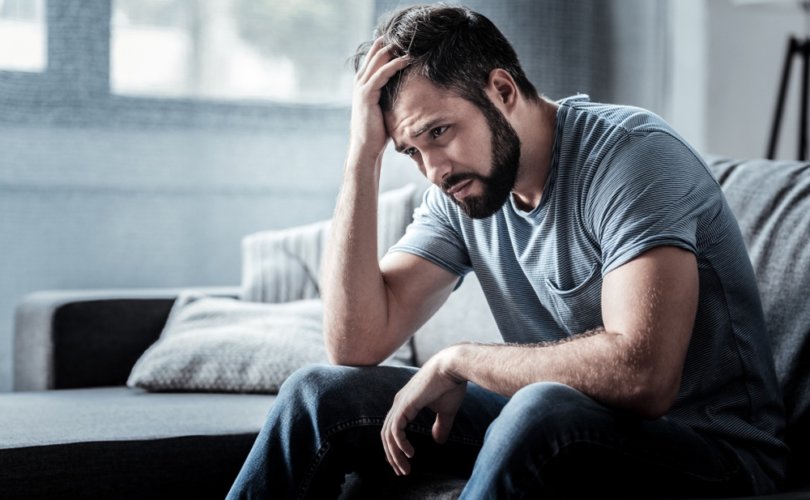 December 10, 2020 (LifeSiteNews) — After months of lockdowns and social distancing US adults have reported the lowest mental health ratings ever recorded as part of a decades-long survey project by Gallup.

On December 7, Gallup released results from a poll of 1,018 Americans, showing that only 34% considered their mental or emotional health “Excellent” – a nine point drop from 2019.

“The latest weakening in positive ratings, from a Nov. 5-19 poll, are undoubtedly influenced by the coronavirus pandemic, which continues to profoundly disrupt people's lives, but may also reflect views of the election and the state of race relations, both of which were on Americans' minds this year,” the Gallup report states.

76% of respondents claimed to have a generally positive view of their mental state, down from 85% last year. Mental health ratings historically have stayed relatively stable, falling only two points during the Great Recession, for example.

The Gallup poll, taken soon after the November 3 election, found self-described Republicans as the most affected subgroup. Republicans nevertheless remained 29% more likely than Democrats to characterize their mental status as “Excellent.”

The December 7 survey results follow months of warnings of widespread psychological damage due to COVID-19 and the measures deployed in response to it.

by the CDC “reported at least one adverse mental or behavioral health condition.” The CDC identified social distancing and stay-at-home orders as likely culprits.

Another poll by the Kaiser Family Foundation from July showed that the percentage of Americans whose mental wellbeing has been “negatively impacted” by the coronavirus crisis had reached 53%.

Americans’ self-reported psychological states have only continued to degrade in subsequent CDC interviews. The agency’s Household Pulse Surveys has revealed a roughly 20% jump in symptoms of anxiety and depression among U.S. adults between June and November.

Older people have been hit particularly hard, with rates of mental disorder indicators among the elderly up nearly three times higher than they were at the onset of the crisis. According to a study by the University of Michigan in the summer, habitual feelings of isolation in older and middle-aged Americans topped 56%; double that of 2018.

In October, nursing home residents in Colorado made headlines for protesting COVID-19 restrictions. Some said that they would “[r]ather die from COVID than loneliness.”

Young adults and children appear to have fared even worse. Nearly three quarters of Americans aged 18-24 exhibited one or more symptoms of mental health deterioration in the CDC’s June study. Last month, the CDC published a report which related that emergency department visits due to mental or emotional health issues rose 24% among children between 5-11 and 31% among adolescents since January.

In another Gallup survey, published May, nearly a third of parents attested that COVID-19 restrictions already were causing their kids mental or emotional harm.

CDC chief Robert Redfield has spoken to these issues, stating in a July webinar: “there has been another cost [of the COVID-19 crisis] that we’ve seen, particularly in high schools.”

“We’re seeing, sadly, far greater suicides” and “deaths from drug overdose” “than we are deaths from COVID,” Redfield said.

Medical professionals across the world have raised the same concerns. The Great Barrington Declaration, which urges that those at low risk for COVID-19 “immediately be allowed to resume life as normal” claims to have over 50,000 signatures from doctors and scientists worldwide. The declaration cites “grave concerns about the damaging physical and mental health impacts of the prevailing COVID-19 policies.”

The Great Barrington Declaration reports having collected an additional 686,000 signatures from concerned citizens, with the highest number of them from the United States. In fact, as Americans’ mental wellbeing has worsened, their resistance to COVID-19 lockdowns has correspondingly heightened.

Last month, 51% of respondents told Gallup that they would be unlikely or only somewhat likely to follow another stay-at-home order. The percentage of respondents who said that they were “very/somewhat unlikely” to accept stay-at-home guidance has jumped from 15% since the spring to 33%. The outliers are Democrats, whose near-unanimous acceptance of COVID-19 restrictions remains virtually unchanged, despite the psychological consequences that undoubtedly have impacted many of their families.

While mental wellbeing of American adults wanes in the midst of an increasingly questionable pandemic, mental health indicators actually are on the rise for those actively living out their faith. Of the subgroups identified in Gallup’s survey, weekly religious service attendees were the only ones to notch higher mental wellness ratings than in 2019.

Researchers have demonstrated the clear salutary effects of religion before, as in a study from 2014 that found religious practitioners to have “thicker portions of brain cortices that may protect against depression.”

Contrary to New York Governor Cuomo’s statement that “religious institutions have been a problem,” religion offers significant public health benefits. Besides being an inalienable, Constitutional right, free religious exercise is arguably helping to mitigate a psychological crisis brought on by the policies of Cuomo and like-minded mayors and governors.