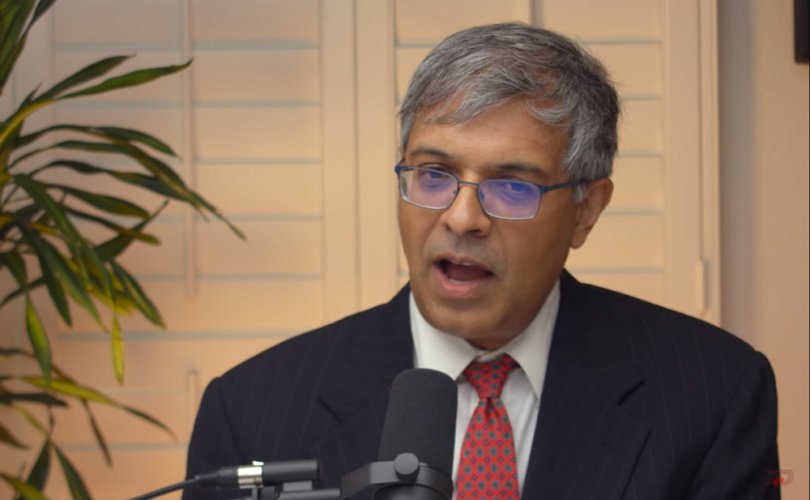 (LifeSiteNews) — A Stanford University Medical School epidemiologist and public health expert reiterated in a recent interview his conviction that Covid lockdowns have been horrendous for public health and affirmed that they have killed more people than they have saved.

“I say the lockdowns were the single biggest mistake in public health history. I still believe that. I don’t see how anyone can look at lockdown and say there was successful policy,” Dr. Jay Bhattacharya said.

From the beginning of the pandemic, Bhattacharya has advocated for a public health action plan of “focused protection,” a policy wherein creative measures are enacted by public servants to shield the most vulnerable from infection and the rest of society is allowed to carry on with regular life.

As previously covered by LifeSiteNews, Bhattacharya and numerous other medical professionals formally outlined this idea in the Great Barrington Declaration. In part, it reads:

The most compassionate approach that balances the risks and benefits of reaching herd immunity is to allow those who are at minimal risk of death to live their lives normally to build up immunity to the virus through natural infection, while better protecting those who are at highest risk. We call this Focused Protection.

Regarding this approach, Bhattacharya said, “The idea was to give people resources to protect themselves as they saw fit, that they could make trade-offs in their lives based on what they valued.” He added, “You have to think differently about what the goal is. If the goal is focused protection, then adopt a different set of policies than if the goal is testing, tracing, identifying, and quarantine.”

Bhattacharya said that many in the medical and public health community have come to think erroneously about herd immunity, which was once identified as the goal for resolving the Covid pandemic.

“What I do know is that if a government induces fear in a population, if a government formally locks down, that it will take much longer to get to that point where the disease is at a level where we can manage it without having to turn over all of society,” Bhattacharya asserted. “If people are scared to interact with everybody else, it will take longer, even if you don’t have a policy.”

Bhattacharya called the harms caused by lockdowns “extremely multi-dimensional” and traumatic, especially to the poor, children, and those on the margins of society. “It’s not possible to reduce to a single number,” he said. “A child who skips a year of school, the consequences will last a lifetime.”

According to Bhattacharya, dramatic increases of poverty, food insecurity, outright starvation, depression, anxiety, suicide, and death are some of the black fruits of the mitigation measures implemented in lockdowns. Asked directly if “lockdowns have killed more people than they have saved,” he responded, “Yes, I think that is actually true.”

The idea that there are alternatives to lockdowns has not been given minimal space for discussion in the public forum, particularly among the mainstream media, politicians, and public health and medical professionals. Conversely, Bhattacharya asserted that science is, in fact, a “free-wheeling discussion,” one that should be informed by data, not politics. To be against lockdown, Bhattacharya said, was considered “saying something dangerous” and “at the core of this sort of de-platforming effort” by Big Tech companies. Standing against this trend is “something we should resist with all our strength.”

“We have come to think about lockdown as if it were the only possible thing to do,” Bhattacharya said, “But that’s not true. You have to make decisions based on the margins of what is alternatively possible. That requires imagination and requires care about thinking of different people in different parts of society, and the risks they face combined with the values they have and the scientific parameters about disease spread and all of these other things.”

Bhattacharya noted that we have had “enormous Covid deaths despite the lockdowns.” While lockdown proponents may argue that this is because the lockdowns were not strong enough, Bhattacharya insists that reality is a constraint on their model and that in the real world “society could not meet their high standard of what a lockdown ought to look like.”

Bhattacharya concluded his interview with the idea that we have two futures before us: a dystopian one filled with lockdowns where humanity is much impoverished by such efforts, or another in which we recognize that the disease is something that is realistically here to stay and that we will learn to cope with. The bottom line, Bhattacharya hopes, is that “once people realize that we cannot achieve elimination of the disease, they can remember what is important.”