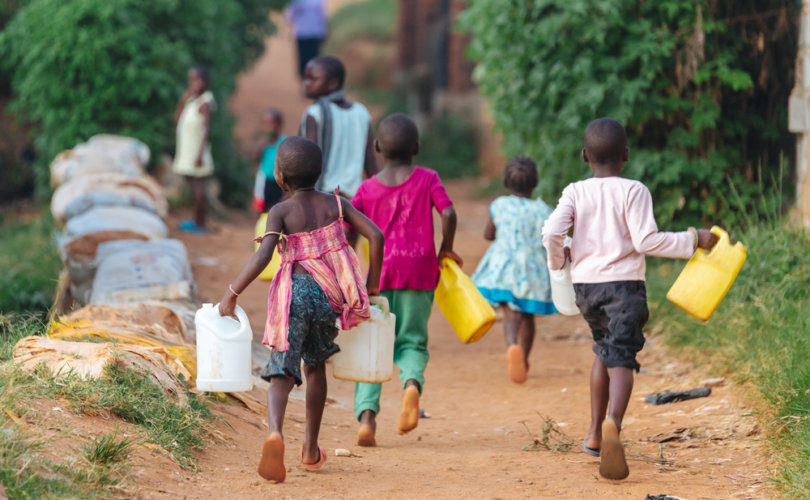 February 15, 2021 (LifeSiteNews) – An international group of academics from prominent universities detailed the “staggering” effect COVID-19 lockdown measures have had upon lesser and middle-income countries (LMICs). The study found “pronounced declines in employment, income, and food security,” with households unable to meet basic needs. It also warned of an “economic crisis” which would last for “decades” to come.

The paper, entitled “Falling living standards during the COVID-19 crisis: Quantitative evidence from nine developing countries,” was released in Science Advances on February 5. Its team of 26 authors hail from renowned institutions such as the University of California, Princeton, Stanford, and Harvard.

Each country suffered from significant drops in income, with an average of 70% of households contacted reporting a drop. “If these effects persist, then they risk pushing tens of millions of already vulnerable households into poverty,” the paper warned.

Nor was this a phenomenon isolated to households with lower incomes in the countries surveyed, with the authors noting that the “economic shock caused by the global pandemic spans socioeconomic strata within each country, and similar proportions of households at different rungs of the socioeconomic ladder report employment and income decrease.”

There were over 30,000 respondents involved in the study, which was conducted between April and June 2020. Already by April, a number of households were “unable to meet basic nutritional needs.” Graphs document that in Kenya, between March 22 and May 31, there was a 68% rise in children missing meals due to financial or food insecurity. In Sierra Leone, the number of adults and children having to reduce their portions rose by 86% and 68% respectively, between April 19 and June 28.

While the study acknowledged that seasonal food insecurity did occur in those countries, the figures revealed “greatly exceed the food insecurity normally experienced at this time of year. If anything, COVID-19 fortunately hit during a ‘postharvest’ period in South Asia, when many people have grain stocks to draw down.”

This occurrence was described as “particularly alarming,” due to the “potentially large negative long-run effects of undernutrition on later life outcomes.”

Due to the parameters used in formulating results, focusing on quantity rather than quality of food, the authors noted that the results should be unaffected by normal seasonal changes.

Nor were access to food or a drop in income the only issues addressed. Ready access to health care was an issue noted in six countries. In Sierra Leone, an average of 6% of people had health care delayed, while in Ghana the figure was 11%, with numbers rising to an average of 43% in Colombia.

Education was also identified as an area affected by lockdowns, with schools “in all sample countries … closed during most or all of the study period.”

“In these cases, the leading explanation for the effects we document in 2020 is the COVID-19 crisis rather than seasonal fluctuations. It is notable that in both countries, the COVID crisis occurred during the favorable postharvest period with its relatively low level of food insecurity during normal years.”

As a result of lockdowns, the study found often severe and widespread disruption to the economy of countries which were already of sufficiently low income to be termed LMICs. The measures justified as preventing the spread of COVID-19 “seem likely to generate excess future morbidity, mortality, and other adverse longer-term consequences.”

In fact, the economic disruption looks set to be far worse than “other recent global crises, including the 1997 Asian Financial Crisis, the 2008 Great Recession, and the Ebola outbreak of 2014.”

While governments have been swift to impose restrictions upon individuals and the economy, the authors of the study warn that these measures will potentially have a disastrous effect upon society, which is worse than the “crisis” they were originally intended to prevent, and could last for “decades into the future.”

“For LMICs, the economic crisis precipitated by COVID-19 may become as much a public health and societal disaster as the pandemic itself.”

The study is not alone in warning of the dangers of lockdowns, as well as the poor effectiveness which they have on preventing the spread of COVID-19. Earlier this year, a group of experts from Stanford University released its own study, revealing there was “no clear, significant beneficial effect” of lockdowns in preventing COVID, “in any country.”

Comparing countries with strict lockdowns, such as England, France, the U.S., and Italy, to those without such restrictions, Sweden and South Korea, the study even discovered that in 12 out of 16 comparisons, lockdowns resulted in increased daily growth in cases.

The Stanford study also highlighted the harmful effects of lockdowns, pointing to an estimated “5.5 million life years for children” in the U.S. due to school closures.

That was in addition to a December study which warned of “168,000 additional under 5 deaths,” and that “by 2022 COVID-19 could result in an additional 9.3 million wasted and 2.6 million stunted children, 168,000 additional child-deaths [and] 2.1 million maternal anemia cases.”