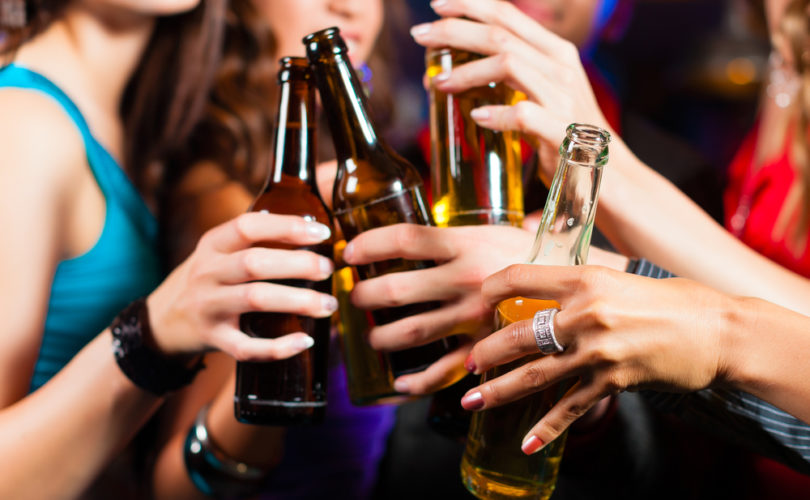 LONDON, England, August 16, 2017 (LifeSiteNews) — A U.K. City Council has ordered a private company that it cannot build luxury flats and offices on a site it recently purchased that included a closed gay-bar unless it agrees to include a new gay bar as part of the development plan.

Tower Hamlets Council ordered earlier this month that developers Regal Homes must build a gay bar that will “remain a lesbian, gay, bisexual and transgender-focused venue for a minimum of 12 years,” regardless of its ability to stay economically afloat.

The bar will only be deemed 'complete' once it passes an inspection from the mayor’s office who will make sure it is sufficiently “gay.” Standards for determining “gayness” were not disclosed.

“I am delighted that as a council we are leading the way in using innovative ways to protect spaces such as the Joiners Arms site,” said Tower Hamlets Mayor John Biggs.

The order comes after a majority of London’s gay bars have gone out of business over the past years, from 125 in 2006 to 53 today.

The decline alarmed politicians, including London Mayor Sadiq Khan, who has called for the protection of gay bars so as to reverse what he called the “shocking” decline of diversity offered by gay culture.

Gay bars are frequently used as hookup places for men looking for genital action with other men.

Analysts speculate the bars’ closings are the result of the success of homosexual online “hookup” sites, such as Grindr and Tinder. They say that when all that is wanted is instant gratification, an anonymous tryst using online tools is more convenient and less expensive than a night out in a club.

The site for the new development included the now closed gay bar called “The Joiners.” The bar, a once popular homosexual liquor establishment, became famous by the song, “On” by Bloc Party. One line in the song refers to genital acts between male patrons in the bar’s bathroom: “Hidden away in every locked toilet I’ve been waiting for you in the Joiners Arms.”

According to Paul Flynn, author of a book documenting “Gay Britain,” The Joiners was a popular location for gay men because “it encouraged a reckless attitude from its patrons which was really exciting.”

“Most people can’t remember what happened [during their time at the bar],” he admitted.  “It was genuinely a bacchanal place.”

Regal Homes has decided to comply with the City Council’s order rather than buck political correctness.

“The development on Hackney Road will re-provide a public house at ground-floor level with the same floor space as the previous Joiners Arms pub,” it said in a statement.

“We are committed to keeping this space within our development in Tower Hamlets as a LGBT+ venue and have offered a right of first refusal on the lease to LGBT+ interested parties, including the Friends of the Joiners Arms and the New Joiners Arms,” it continued.

“If the lease is taken up by an interested party then the venue will be secured for at least 12 years for LGBT+ use,” it added.

This is the first time that “the sexual orientation of a venue’s customers has been a condition of planning approval,” according to a report by The Guardian.