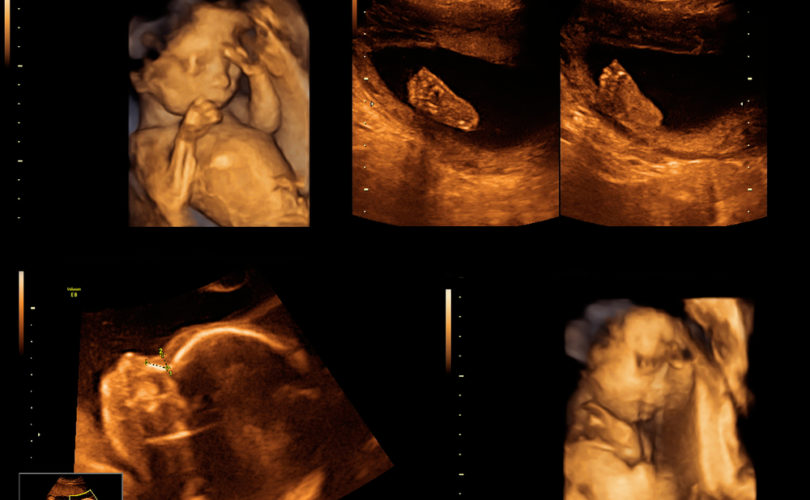 BISMARCK, ND, October 15, 2015 (LifeSiteNews) – The state of North Dakota wants the Supreme Court to rule whether states have the right to restrict abortion to beore the moment a baby's heartbeat can be detected.

“It’s a longshot to appeal it,” North Dakota Attorney General Wayne Stenehjem admitted on Wednesday, but since he is required to defend all the state's laws, “I think most people understand that’s what we need to do.”

Republican Gov. Jack Dalrymple signed the heartbeat bill into law in March 2013 as part of a package of pro-life measures that included a ban on abortions for genetic conditions like Down syndrome.

The move earned him death threats.

The law restricts abortions to the moment a fetal heartbeat  be detected, usually no later than the sixth week of pregnancy.

However, the heartbeat bill never went into effect.

Under the Supreme Court's Casey v. Planned Parenthood decision, abortion cannot be restricted before the point of viability – which the 1992 case defined at 24 weeks. Gov. Dalrymple said upon signing it that the new law was an “attempt by a state legislature to discover the boundaries of Roe v. Wade.”

On July 22, 2013, just days before it was to be enforced, the law was blocked by U.S. District Court Judge Daniel Hovland, who deemed it “clearly unconstitutional.” He made the prohibition permanent in 2014.

Two years to the day after the original ruling – July 22, 2015 – a three-judge panel of the Eighth Circuit Court of Appeals also ruled against the heartbeat bill.

North Dakota had attempted to argue that “viability” begins much earlier, since it is now possible to transfer an unborn child from its mother's womb to a surrogate.

But the panel ruled that “there is no genuine dispute” that the law violates Casey's definition of viability. “Because we are bound by Supreme Court precedent holding that states may not prohibit pre-viability abortions, we must affirm the district court's grant of summary judgment to the plaintiffs,” it concluded.

However, it took pains to note that “the evolution in the Supreme Court’s jurisprudence reflects its increasing recognition of states’ profound interest in protecting unborn children.” It also suggested the High Court “reevaluate its jurisprudence” to allow states greater lienway to safeguard innocent life.

“No amount of liberal legalistic logic can refute what science has already settled and God has ordained: life begins at conception,” he said. “We need to end the disgusting disregard for human life that is the foundation for the infanticide that is beneath the dignity of our nation.”

Huckabee has said, if elected president, his administration will act on the presumption that the unborn child is a human being and an American citizen entitled to protection under the 14th Amendment.

Others warn that, with the present Supreme Court membership, the heartbeat bill would be counterproductive for the pro-life cause. “Conceptually I'm for the concepts behind the heartbeat bill,” Keith Faber, the president of the Ohio State Senate, said when his own state considered such a bill. “But I just don't think it's the right political or legal strategy.”

“I think there is danger of unsettling or frankly harming babies with the bill because of the consequences of that being overturned,” he said.