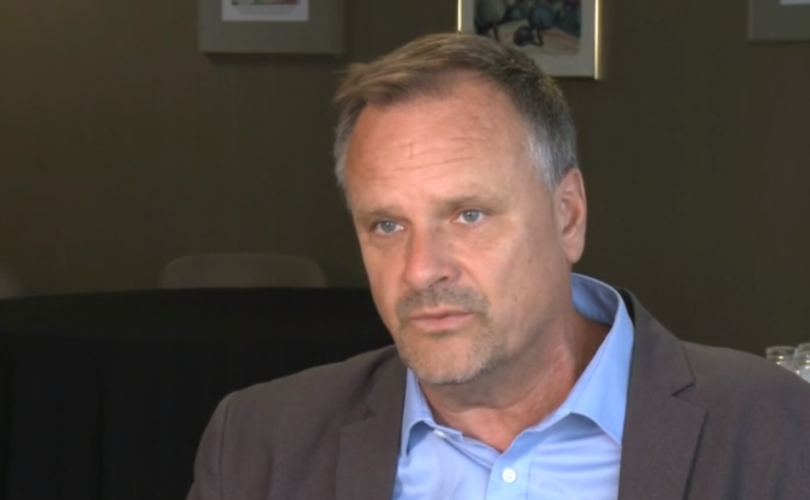 (LifeSiteNews) – A journalist of over 20 years within Canada’s mainstream media sphere is calling out the industry for pushing a specific narrative during the COVID-19 so-called pandemic.

In an interview with Bright Light News, journalist Rodney Palmer, who spent two decades working for various mainstream outlets, including the Canadian Broadcasting Corporation, CTV News, and the Toronto Star among others, called out his fellow media colleagues for “misrepresenting” the story surrounding the COVID pandemic.

“I first started wondering if all the smart people retired or went and tried to earn better money,” Palmer joked at the start of the interview when talking about the mainstream media’s coverage of the so-called pandemic.

“Then I started to realize they can’t all be that dumb as to be missing and misreporting the COVID story, in particular, the numbers … ” the award-winning journalist added.

Specifically, Palmer recalled that he first became concerned with the COVID coverage when he noticed the media stopped saying “deaths from COVID” and began saying “COVID-related deaths.”

“I thought, ‘That’s a very specific change, and it means something, why aren’t they telling us what it means?'” Palmer told Bright Light News. “COVID-related could mean a symptom that’s similar to COVID but actually has no relation, it’s ambiguous, and ambiguity is not what they [the media] strive for.”

“So, it had to be a top-down directive somewhere along the line for them to so consistently be misreporting this story,” the journalist explained.

Palmer then mentioned that this misrepresentation by the mainstream media was made even more apparent during the anti-COVID mandate “Freedom Convoy” protest in Ottawa in February.

The journalist explained that he happened to be in Ottawa when the protest was beginning, and the reports he was hearing from the media, including statements from Prime Minister Justin Trudeau that characterized the Convoy supporters as “right-wing extremists,” contradicted the family friendly environment he was seeing on the ground.

“It felt like the Sunday fair … the mood was consistently jubilant,” relayed Palmer, adding that he saw everything from “kids in strollers” to “African-American evangelists” handing out Bibles and enjoying the pro-freedom festivities.

Describing the current state of the media, Palmer said the “standard of journalism” that he was required to uphold for “20 years” has been abandoned in favor of “advocacy for a point of view.”

Palmer also explained that while news outlets sometimes made “errors” while he was a prominent member of the field nearly two decades ago, it could generally be explained as an unintentional “mistake” and not an instance of the outlet engaging in “malicious” deception.

“But today, it’s a different story,” the former foreign correspondent stated. “There is definitely an agenda being pushed forth, particularly about COVID.”

Palmer highlighted the media’s coverage of Dr. Daniel Nagase, who was accused of spreading “misinformation” by Alberta health authorities when he spoke about the success he had treating COVID patients with the anti-parasitic drug ivermectin.

— Article continues below Petition —
Support Brave Ottawa Detective, Suspended for Investigating the Truth About Child COVID Vaccines
Show Petition Text
4015 have signed the petition.
Let's get to 5000!
Thank you for signing this petition!
Add your signature:
Show Petition Text

“[Contrary to mainstream coverage] the story is not [about] ‘misinformation’ … the story is, ‘a doctor cured COVID with a pill that cost a nickel,'” he stressed.

Palmer is not the first member of the media to accuse mainstream Canadian outlets of intentionally misleading the public in favor of pushing an agenda.

In January, LifeSiteNews reported that former CBC producer and journalist Tara Henley wrote a scathing column accusing the state-funded outlet of pushing a “woke” and “radical political agenda,” both in-house and to the public.

In the column, Henley said the CBC effectively requires its employees to “embrace cognitive dissonance and to abandon journalistic integrity,” making the outlet read “like a parody of the student press.”

In July, Marianne Klowa, a former CBC journalist of 30 years, said the outlet consistently “censored and canceled” stories she proposed that were critical of the COVID vaccines, likewise accusing the institution of having abandoned its commitment “to truth and honesty.”

It is not just media insiders who have begun to notice a problem with Canadian news but ordinary citizens as well.

In a recent study by Oxford’s Reuters Institute for the Study of Journalism titled “Digital News Report 2022,” researchers found that only 42 percent of Canadians trust the news, the lowest figure in recorded history. For English-speaking Canadians specifically, the number was even lower at 39 percent.