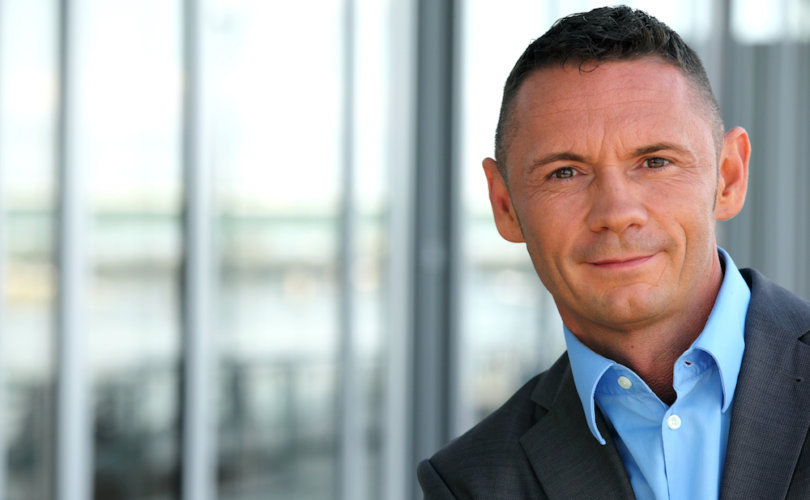 December 5, 2016 (LifeSiteNews) — In the wake of harsh rebukes from cardinals and other churchmen over the dubia to the pope, German Cardinal Joachim Meisner has received unlikely support from one of his past adversaries.

“The situation never before existed in this kind of dimension,” theologian David Berger wrote on his website. “They [the Cardinals] are hushed up in order to implement plans that contradict the Church’s teaching on marriage while the secular media applauds.”

David Berger might be one of the most controversial figures in recent times. He made a name for himself as a Catholic theologian and Thomist until publicly coming out as a practicing homosexual in 2010. This led to the Church’s revocation of his license to teach (missio canonica) by Cardinal Meisner, who thought this act necessary because Berger “does not seem to conform to the norms of the Church in teaching and way of life.”

At the time, the theologian called the revocation a “heavy smash” against peace in the diocese. Today, his words are supportive of Cardinal Meisner. “While in my life I had to experience the hard hand of Meisner, I am most ashamed as a Catholic and theologian for this conduct [of Msgr. Vito Pinto] that would punish [the Cardinals] for holding on to a core teaching of Catholic thought.”

“Even though the Rota has backpedaled and now gives the impression that everything was a misunderstanding, I know that nothing is published by the Vatican by accident. It was supposed to test the waters, how far they could go,” Berger explained to LifeSiteNews on December 1.

“Those who were at a disadvantage under Pope Benedict seem to want revenge,” he noted. “Cardinal (Raymond) Burke and Meisner are welcome targets. One knows you can shoot at them without Pope Francis stepping in. The attackers give the impression that they fight for tolerance and openness, but they fight with the most despicable and intolerant means.”

Regarding his own dispute with Cardinal Meisner in the past, he added: “I cannot have an opinion in the discussion [today] based on my bad experience with him. That would be pure subjectivism. The question is if Meisner and Burke [and the other Cardinals] are right or not.”

Regarding the dubia, Berger voiced his support, explaining that Amoris Laetitia wants to get rid of everything that is against the the spirit of the times. “Now there is a wish to abolish central core elements of the Church’s moral teaching – which are irritating for the Zeitgeist – and Amoris Laetitia is a welcome ground for that. The intention [of those who hold this view] is that the Church’s teaching should be changed. That some Cardinals fight against this by signing the dubia is not just their right but their duty. Their office urges them to fight for the integrity of the Church’s teaching on faith and morals until their blood is spilled.”

“And I am happy about it. The Church was not founded by Christ as a wellness center,” he added. “I prefer a Church that scolds me than a Church which mendaciously says yes to me and teaches me the Zeitgeist while making itself laughable and superfluous.”

These words gain particular importance coming from Berger, who has strongly criticized the Church and clergy with statements such as “20 to 40 percent of Catholic clergy are homosexual” and with publications such as his book, Der heilige Schein (The Holy Sham: A Gay Theologian in the Catholic Church). He remains active in the homosexual scene, working as editor-in-chief of gaystream.eu while also writing politically and socio-political minded articles in The Huffington Post and the German disputation newspaper Junge Freiheit.

“I want a Church that speaks plainly. At the same time, I uphold the Catholic motto fortiter in re, suaviter in modo [stronger in matter, sweeter in manner]. As opposed to Islam, the Catholic Church refuses homosexuality, but she would never demand the death penalty for homosexuals.”

“In recent years, I have experienced very respectful dealings with me as a homosexual by Church prelates. The Church also respects the forum internum and does not ask about things that belong in the Confessional. Therefore, I can respect her call for abstinence, which could also target married people, etc. Though when holding the mirror up to me, I do not always give a good image, I defend the doctrine unmistakably that there cannot be sacramental homosexual marriage (that would be a simulatio sacramenti).”

Instead, he called for dialogue when possible. “I see many points where homosexuals and pro-lifers could work together — and they already do here in Berlin and in the USA, for example regarding PID [pre-implantation diagnostics].”

Berger also made headlines in 2012, saying Pope Emeritus Benedict XVI was gay. On August 26 of this year, he apologized publicly to Benedict XVI on his website. “I realized what kind of awful game I had taken part in and I was ashamed. And then I apologized,” Berger said to LifeSiteNews. “He has defended the Church’s teaching in a highly intelligent and uncompromising way. That why I learned to hate the media and everything bad that has been said about [Pope Benedict] – no matter if true or not.”

Berger concluded with his support of the dubia. “I hope that Pope Francis does not gamble with the unity of the Church, only to appease a few liberal Catholics. Those are Catholics who use the Eucharist – the most sacred thing in the militant Church – in their fight for recognition of divorce as a means to an end.”