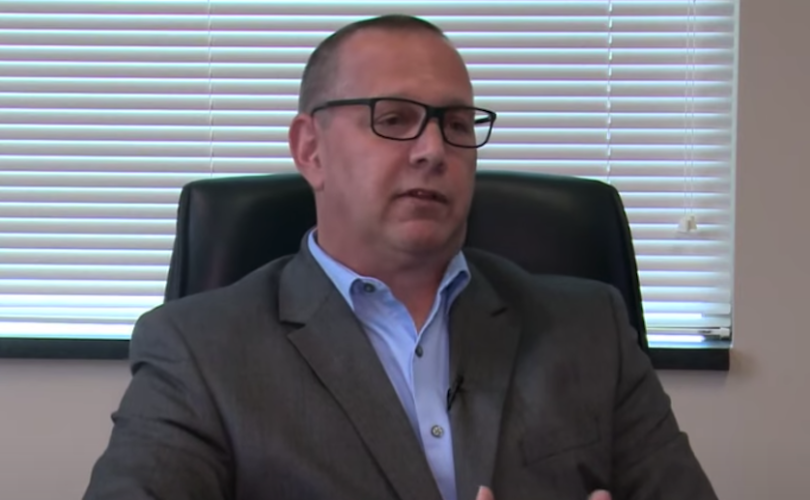 LEESBURG, Virginia (LifeSiteNews) – The sheriff of Loudoun County, Virginia blasted the superintendent of the county school district, saying that he was “unmistakably aware” of a bathroom rape earlier this year and that the district’s actions “resulted in a second student being victimized by the same defendant.”

In a November 10 letter obtained by ABC7News, Sheriff Mike Chapman told Scott Ziegler, superintendent of Loudoun County Public Schools (LCPS), that Ziegler “knew of the alleged sexual offense the day it occurred,” despite later claiming to have “no record” of sexual assaults in school bathrooms.

Ziegler had written to Chapman the previous week, accusing the sheriff’s office with providing “what may be inaccurate information” at a recent meeting of the Loudoun board of supervisors.

The sheriff’s office told the board this month that LCPS was “absolutely notified” after a 15-year-old “gender fluid” boy was charged with raping a female classmate in the girls bathroom of Stone Bridge High School in May. He was arrested in July and convicted last month.

“At this point, LCPS cannot confirm that we have received the required notification of charges from the Loudoun County Sheriff’s Office regarding this case,” Ziegler wrote.

Chapman fired back that the superintendent was “unmistakably aware of the offense, as you personally reported it to the School Board that same day.”

“Despite a public statement at a School Board meeting on June 22, 2021 denying any knowledge of sexual assaults in any LCPS bathrooms, you sent an email on May 28, 2021 to members of the School Board advising them of the incident – thus invalidating your pubic statement,” he wrote.

“This offense was reported to the LCPS the day it occurred as evidenced by your email on May 28, 2021.”

In the May 28 email, published last month by WTOP, Ziegler alerted the Loudoun County School Board that “a female student alleged that a male student sexually assaulted her in the restroom” that afternoon. The sheriff’s office “is investigating the matter,” he said.

Ziegler claimed at a school board meeting in June, however, that “we don’t have any record of assaults occurring in our restrooms” and that “the predator transgender student or person simply does not exist.”

The school board was at that time considering a policy to let students use bathrooms according to their alleged “gender identity,” rather than their biological sex. The board adopted that proposal, along with several other radical pro-LGBT policies, in August. The district’s handling of the sexual assaults sparked widespread protests, with more than 2,000 students across two dozen Loudoun schools walking out of class in protest in October.

Chapman wrote in his letter that the Loudoun Juvenile Detention Center informed LCPS of the 15-year-old Stone Bridge student’s July arrest, in accordance with Virginia law. He also said that his office was “surprised” that the school district, in conjunction with the Commonwealth Attorney’s Office, decided to place the boy at another Loudoun high school after the assault.

The student, who was wearing a skirt during the bathroom rape, was charged with assaulting another girl at his new school in October.

“Despite knowing the serious nature of the offense, LCPS decided to place this individual back into (another) high school population,” Chapman said, adding that “the consequences of that decision resulted in a second student being victimized by the same defendant.”

“The sequence of events and review of applicable Virginia Codes,” the sheriff wrote, “clearly demonstrate that you and your leadership staff at LCPS were aware of the offense; the suspect’s arrest; and the judicial process involving the Commonwealth Attorney’s Office, Juvenile Intake, and the Juvenile Court from the time of the original sexual assault to the time of the defendant’s conviction.”

Chapman additionally pointed out that Ziegler commissioned an “independent review” of the incident the day after incoming Virginia Attorney General Jason Miyares, a Republican, announced plans to investigate the school district.

“While I believe an independent review would be helpful, I have concerns of the legitimacy of such a review conducted at your direction,” Chapman said. “As the Attorney General, is accountable to the citizens of Virginia, I feel an Attorney General review is the most objective way to move forward on this issue,” he concluded.