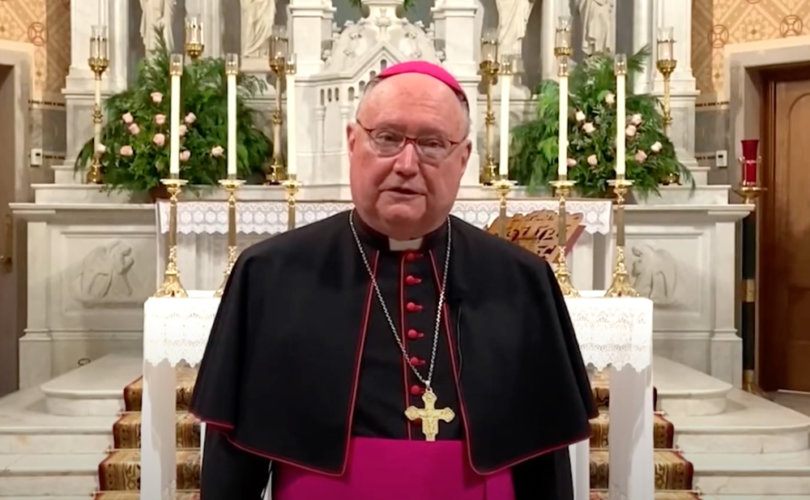 LAKE CHARLES, Louisiana (LifeSiteNews) — Bishop Glen Provost of the Diocese of Lake Charles said it would be “grossly negligent if not callous” to impose any “restrictive law” on the Latin Mass.

Pope Francis’ July 16 motu proprio Traditionis Custodes implemented sweeping restrictions on the celebration of the traditional liturgy, or Latin Mass, and declared the novus ordo to be “the unique expression of the lex orandi of the Roman Rite.”

Months later, the fallout from the document continues, with bishops either supporting or restricting the celebration of the traditional liturgy in their dioceses.

Bishop Provost, in a decree and accompanying letter dated November 1 and published October 19, delivered his official response to the criticisms made by the Pope against devotees of the traditional liturgy, by noting how he has been “continually struck by the tender devotion of the faithful” while administering the sacraments in the diocese.

“As well, those who have chosen to discuss with me their devotion to the usus antiquior have insisted upon the validity of the reformed liturgy. With this in mind, I would be grossly negligent, if not callous, to implement any restrictive law while at the same time ignoring these realities.”

The 72-year-old bishop pointed to the many “needs” and “concerns” of the faithful in his diocese, whether “at Masses in newer or older rites,” as a further reason for not restricting elements of the Church’s liturgy that provided “solace” in such trials.

“There are those with terminal illnesses, genetic diseases, and psychological problems that make all else pale by comparison,” he wrote.

“There are many burdened by financial difficulties, unemployment, and estrangement in marriage. They have lost loved ones to a virus whose origins and nature they do not understand. They strive amidst great trials to protect and provide for their spouses and children. They suffer quietly, not advertising their problems, seeking some solace in the rites of the Church, whether in the vernacular or in Latin.”

Warning that unless bishops “acknowledge” such issues facing their dioceses, instead of taking part “in arguments that the faithful find incomprehensible,” Bishop Provost suggested that the episcopate risked “becoming a ‘resounding gong and clashing cymbal’ (cf. I Corinthians 13:1) and just as irrelevant.”

The Church “journeys cautiously over these troubled waters,” wrote Provost, as he asked for prayers from the faithful in the diocese.

Following the early example set by Bishop Thomas Paprocki of Springfield, Illinois, and referencing “these burdens and the emphasis on mercy exhibited by our Holy Father,” Provost drew from Canon 87 §1, which states that a bishop may dispense his faithful from universal and particular laws if he judges that such be for their spiritual good.

Provost thus designated the parishes of the Cathedral of the Immaculate Conception and Our Lady of Prompt Succor as particular locations for the celebration of the Latin Mass, while permitting the ancient liturgies in the rest of the diocese.

As such, he decreed that “there is no prohibition in either particular law or universal law against the celebration of any sacrament in the usus antiquior in any parish, chapel, or oratory of the diocese, without prejudice to art. 2-6” of Traditionis Custodes.

Priests who desire to offer the Latin Mass will have to make a written request to Provost, and the request will be granted on condition of there being no Canonical impediments on the priest, that he evidences a “basic knowledge” of Latin, and can “demonstrate competency” in the celebration of the Latin Mass.

However, for the administration of the other sacraments, Provost stipulated that permission must be sought from the bishop each time, except in those parishes already exempted from such a requirement by Provost’s own decree. This phrase, which is somewhat unclear, could appear to refer to Article 1 of the decree, which rules that “any parish, chapel, or oratory of the diocese” can celebrate “any sacrament” in the usus antiquior.

Bishop Provost had been one of the first bishops to respond to Traditionis Custodes in July, describing the traditional Mass as “a blessing to many since the establishment of the Diocese, and I foresee its continuance for the pastoral care of the flock.”

The Spectator’s Damian Thompson shared Provost’s decree on Twitter and commented that “Francis’s cruel decree was a blunder.”

The Bishop of Lake Charles viewing it cruel and spiteful to implement Traditionis Custodes as intended is a reminder why the motu proprio was an act of cruelty that any objective individual can see.

He deserves the thanks of all faithful, not just trads

Contrary to Pope Francis’ claim that a 2020 survey of bishops revealed a need for his restrictions on the Latin Mass, a Vatican journalist revealed that the motu proprio was not in fact based on the input of the world’s bishops as Pope Francis had claimed.