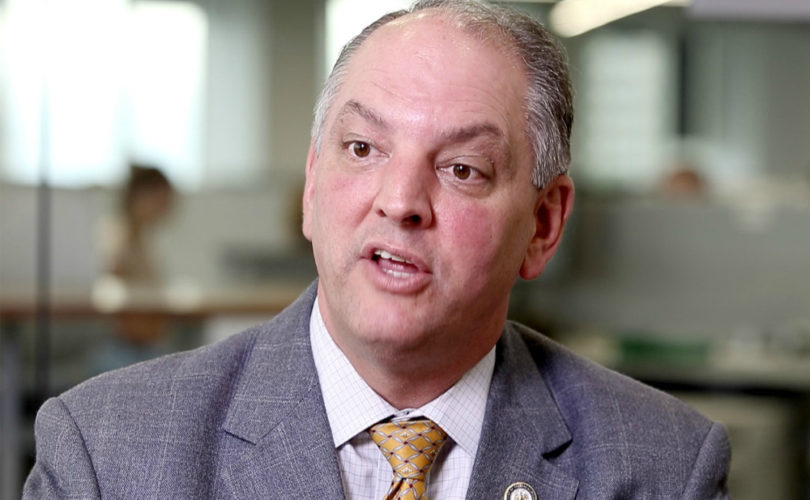 Judge Hernandez explained that the governor's executive order “is in violation of the Louisiana Constitution's separation of powers doctrine and an unlawful usurp of the constitutional authority vested only in the legislative branch of government.”

The judge further clarified that such a move on the part of the executive branch “creates new and/or expands upon existing Louisiana law, as opposed to directing the faithful execution of existing laws of this state (which is) the authority granted to the office of the Governor to issue executive orders.”

Gov. Edwards also rescinded a religious freedom protection order by former Gov. Bobby Jindal that prohibited persecution against Christians who run their business according to their sincerely held belief that marriage is between one man and one woman.

Gov. Edwards said he will appeal Judge Hernandez' decision. His executive order made him the first governor in the U.S. to create transgenders as a special class included in state anti-discrimination laws.

Gov. Edwards, a liberal Democrat, has engaged in a high-stakes, statewide battle against Landry over LGBTQ “protections,” which many Christians believe allow the government to legally but unconstitutionally persecute citizens whose religious convictions did not agree with homosexual “marriage.”

“We do not live under a King in Louisiana; we have a Governor, an independent Attorney General, an elected Legislature, and a Court system who are all involved in governance along with others,” Landry stated. “Governor Edwards must live within the Constitution.”

Besides the issue of the gay agenda sweeping across the country, at stake is also the balance of power between state governors and their independent attorney generals.

Judge Hernandez' decision gives Landry the legal authority to reject direction from the governor's office if he considers it wrong. It also gives Landry control over the state's legal contracts.

While Edwards' executive order demanded that all state contracts and contractors doing work for Louisiana must have LGBTQ anti-discrimination for their employees, Landry has refused to sign state contracts because they contain “gender identity,” transgender, and other LGBTQ “protections.”

Edwards and Landry have sued each other over LGBTQ “protections” in state worker contracts and in the contracts of contractors who do work for the state. Edwards says transgender protection is a Louisiana value and Landry says the laws are not anti-discriminatory at all but designed to discriminate against Christians who don't agree with the gay agenda.

The Times-Picayune reported that Louisiana's pro-life defense of abortion restrictions is impacted by the tug of war between the liberal Edwards and conservative Landry. One of the contracts that Landry refused to sign because it included “gender identity” and transgenders as a protected class is with the law firm representing the state in defending new pro-life legislation. Landry told the newspaper that work on the pro-life defense has been adversely affected because there is no payment plan with the law firm.