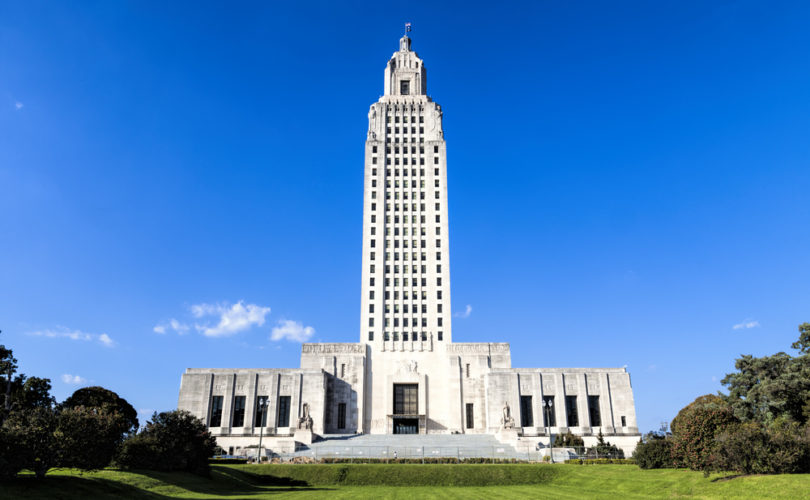 BATON ROUGE, Louisiana, April 24, 2019 (LifeSiteNews) — In a bipartisan vote, the Louisiana state house passed legislation confirming that there exists no right to abortion in the state constitution.

Introduced by Democrat pro-life state Rep. Katrina Jackson, the Love Life Constitutional Amendment (HB 425) would amend the state constitution to say there is no right to an abortion or taxpayer funding for abortions in the state. The bill must pass both chambers of the Republican-dominated legislature by a two-thirds majority and then receive voter approval to be added to the state charter.

In a video distributed by Louisiana Right to Life, Jackson stated, “Together with our current state law, we'll ensure that all unborn babies after Roe v. Wade is overturned.” When she introduced the bill, she said, “By passing this we can rest assured that, together with our state law, we will never become like New York, which recently legalized abortion up to the very moment before birth.”

Having passed by a 78-10 vote on Tuesday, thus achieving the required two-thirds margin, the bill has been referred to the state Senate for consideration. As she closed the bill, Jackson summoned the bill’s co-sponsors to join her at the podium.

In a statement heralding the bill, Benjamin Clapper, executive director of Louisiana Right to Life, said, “The Supreme Courts of 12 other states (as recently as 2018 in Iowa) have found a right to abortion in their state constitutions, striking down common-sense pro-life laws in the short term and ensuring abortion-on-demand in their states even if Roe v. Wade is overturned.”

“We cannot let that happen in Louisiana,” he added. “By passing the Love Life Amendment, we can place our pro-life values of respecting every human life at the heart of our state.”

According to Americans United for Life, Louisiana ranks third in the nation among states most favorable to unborn human life. Abortions fell to their lowest level in a decade last year in Louisiana. Marking the positive trend, Democrat Gov. John Bel Edwards said in March, “My Catholic Christian faith teaches me to be pro-life” and added, “This is personal for (First Lady) Donna and me, and we take it very seriously. We are committed to reducing the number of abortions in Louisiana, and the data shows that it is working.”